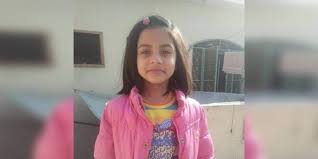 The alleged rape and murder of 7 year old Zainab in Pakistan has now turned into anger and fury over social media. According to BBC, more than half a million social media users are rallying for Zainab with hashtag Justice for Zainab so that the authorities can take serious action and also to discuss the various problems of child sexual assault and murder.

The body was found in a garbage dump in Kasur near Punjab province of Pakistan few days after she was missing. The hashtag rally is continuously being used by many political activist to criticise the local authorities, as cases of abduction, sexual assault and murder are tremendously increasing since the last 2 years. 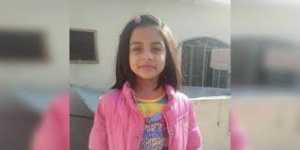 Even Zainab’s parents also agreed to be a part of this campaign and as well as well-known personalities are also taking up the issue.

The anger of the residents of Kasur is increasing day by day. Today some of the protestors ransacked the offices of the local politicians and threw stones at police who ultimately fired tear gas at them.

The story has made an impact all over the world and everyone is furious at the authorities for not taking the case seriously. Many people are posting photos of themselves and posting photos with a tap over their mouth and uttering demanding justice for Zainab. Even Human Rights Campaigner and Nobel Peace winner Malala Yousafzai also took to twitter to call authorities to take immediate actions.

Crime against women and children are increasing day by day. Children are not spared even at the tender of 6-7 years. Misogynistic attitude of society towards them has to be stopped. The autopsy report of Zainab confirms that Zainab was strangled, sodomised and raped very brutally. It was found that there were torture marks all over her face and her tongue was crushed in between her teeth.