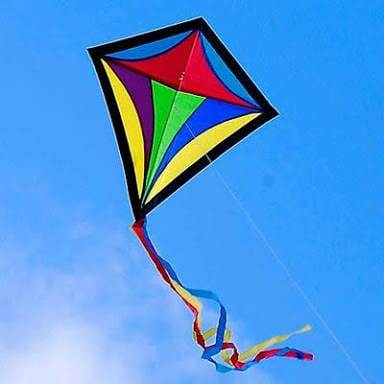 It was a regular day for the people of Hamasaki village, situated in the heart of Gaza near the borderline of Israel. This is the place where fireballs often burnt people, the place where kids had more burnt scars and wounds than birth marks! Yes this is Gaza – the largest open air prison! But ambitions,dreams,and the spirit of freedom still resided in the young hearts. One such young heart was that of Etihaad.

He was the third child of his parents who resided in the small village type settlement amid the poor living conditions- they had taps but no water,shelter but no roof,border gates but no escape! Despite such depressing, caged surroundings there was still a ray of hope evoked by the rare friendship of an Arab and Israeli kid. Etihaad was an Arab, a muslim kid of twelve, passionate to enjoy childhood where he could break the shackles of religion and region. He befriended Noah- an Israeli kid of ten who came to Gaza along with his mother Gabriela. She was in Gaza with a team of journalists to examine the circumstances under which Gazans lived and even live. Etihaad and Noah’s flamboyant and playful nature could not understand the noxiousness and tensions between a Jew and Arab.

One day unable to find an unimpeded area to play, Noah said,”When will these barbed wire stop chasing us? They are a menace!”

Both of them looked distressed and felt caged but suddenly Etihaad’s eyes gleamed with optimism ,”The Beach! Thats the only open area where we could fly kites.” He ran to his room to fetch one big kite out of many, which he had crafted secretly with Noah.

They both longed for flying kites and the Beach was the perfect area to give wings to their whimsical desires. Noah asked doubtfully, ”How to get there. Would the gunmen let us go?”

”They might not,” answered an ambiguous tone which soon grappled with confidence, “BUT WE WILL MAKE IT TO BEACH TODAY!” Noah was captivated by such confidence knowing that they might have to take risks but little did he know of the aftereffects of such experimentation. Both of them started to mend the sharp thread to fly their kite. Etihaad brought an old cylindrical tin to wrap the extra thread around it. It was earlier used as a supporter to help his handicapped father while walking. His father lost his leg in the 2014 war bomb blasts.

“No.”whispered an apathetic voice. “The gunmen never liked him so they…”. Noah was silenced by the answer. Soon the kite along with the thread and the tin was ready. The only thing that they now had to do was to escape from the Eagle eyed Israeli militants who were on constant positions to check that no Gazan could cross the confined area of settlement.The kids ran with their colourful kite through the narrow lanes towards the vast sea. Eagles,wires and guns all failed in front of their will and innocence.

Reaching an old ,shattered roof-top near the beach, Etihaad pulled the sharp string attatched  from the centre to the tail while Noah holded the tin loosely to let the thread go. After a few minutes this miniature of their fantasies was flying high in the Blue stretch,unbounded by fenses-wires-gunmen! 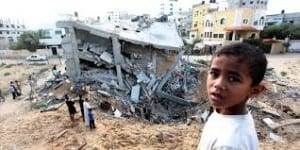 “Ahh…. Lahul-bilakwat! They are just explosives,you please loose the thread”.

Noah was frightened by the blast nearby, but more shocked to find his fellow friend unmoved. Soon the colours of grey, brown yellow and ‘red’ spilled over the blue canvas.The sky was overcasted with gloom,dust, flesh and particles .The kite faded.

BOOM! Again. The charming picturesque was lifeless now but a few moments later ,the ‘animated’ kite appeared from behind. It was uncontrolled, flying against the wind. Noah and Etihaad’s token of love lost hold of its masters and flew high over the rubble teasing their killers, spreading the message of peace and brotherhood.

Kites fly highest against the wind not with it ~ Winston Churchill