La Quinta Art Festival, also known as La Quinta Art Celebration, is the coming together of the best in class artists, unmatched community support, and enthusiastic patrons. It aims to provide a platform for art to be portrayed, recognized, and admired from all around the world. It is organized by the La Quinta Arts Foundation, which runs with the mission “to promote and cultivate the arts,” ever since it was founded back in the year 1982.

The founders, constituted by a group of civic leaders, wished to create a space for artists from all across the globe, allowing them to showcase their creations and find a place where they could begin or navigate their path journey of growth. With this thought in mind, they decided to take their first initiative of introducing an annual arts festival in a village-like setting. This was the beginning of the La Quinta Arts Festival, which reached heights that none of the founders had anticipated it would reach.

What is La Quinta Art Festival? 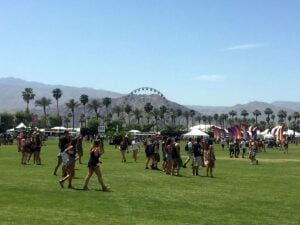 What started as a small-scale annual arts festival held in the vicinity of their town became the very successful La Quinta Art Festival that has contributed up to about $64 million over almost four decades of fostering the motto of promoting and cultivating the arts. With its contribution, the festival provides aid to the career objectives of over 220 contemporary working artists and engages over 20,000 residents and visitors through the presentation of visual and performing arts.

The festival is well known for its fine arts, and crafts display in 12 media categories: painting, sculpture, glass, ceramics, jewelry, photography, fiber, wood, and mixed media. All in all, it is an amalgamation of some of the most notable talents from not only across the United States of America but also the entire world. 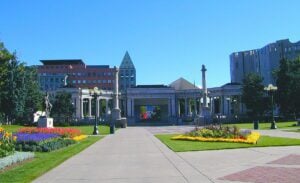 The La Quinta Art Foundation and the La Quinta Art festival are both native to the town of La Quinta, California. The festival specifically takes place in different places, which have included Coachella Valley in the past. This year, in 2021, La Quinta Art Festival will be taking place at the La Quinta Civic Center Campus. Click here to find out more about the location details of the event this year.

Typically, the La Quinta Art Festival would take place annually in the first week of March. Since 1982, this time of year at La Quinta has been known as the time of the La Quinta Art Festival. However, this year the festival will be taking place in November, with just as much excitement, enthusiasm, and support from both its visitors and all the artists that it will be sharing with the world.

Spread out among the 11-14th of November 2021; La Quinta Art Festival will be featuring some of the most mesmerizing artists. Over the 4 days of the event, various performers and artists present at the festival from 10 AM to 5 PM daily to ensure that La Quinta Art Festival becomes a place that its visitors never forget and keep wanting to get more of each year!

What is the La Quinta Arts Foundation?

Often referred to as the LQAF, the La Quinta Arts Foundation is an organization that pursues its mission to ‘sustain the arts, culture and creative economy of the Coachella Valley’ by organizing events, such as the La Quinta Art Festival, that promote all kinds of art and creativity from the vicinity of La Quinta.

Its founders include Fred Wolff and his wife Kay, the first mayor of the newly incorporated city. The duo, along with a few more founding members, run this foundation based on guiding principles that follow the basic thought that we can help art grow and give support to elevate arts and culture.

Thanks to its various programs, La Quinta Arts Foundation has supported thousands of artists in sustaining their livelihood and allowing many others to develop their skills by providing scholarships to local Coachella Valley students. The foundation also promotes the city of La Quinta as a cultural destination, while a variety of programs like the La Quinta Art Festival enhance the city’s Art in Public Places program.

The foundation also arranges various events such as concerts, exhibitions, seminars, tours, competitions, alongside art appreciation instruction in the local elementary schools. Not only does the La Quinta Arts Foundation work towards giving a platform to artists to find their moments of growth, but they also do their best to nurture artists from the very beginning of their paths to continue to tap into their skills and not let them go unnoticed.

Who Has Performed at La Quinta Arts Festival?

Over the many successful years of La Quinta inviting the world to celebrate art, many amazing artists have left their audience with memorable performances at the event. Some of these artists on the lineup for La Quinta Art Festival in 2020 were:

La Quinta Art Festival is a lively, vibrant, and energetic celebration of the arts and culture that begins with artists residing in the town of La Quinta and expands over the entire world to gather the most talented and exceptional artists to showcase their talents.

Being just one among the various programs and events organized by the La Quinta Arts Foundation, La Quinta Art Festival is one of the most successful attempts in generating awareness about the importance of creativity and finding an opportunity to portray it.

It was ranked as the #1 Fine Arts and Craft Festivals in the United States of America in 2018 and has grown amazingly since its first occurrence in 1982 to become more and more mesmerizing for its audiences, visitors, and residents with its presentation of stunning talent.

The most beautiful thing about the La Quinta Art Festival is that it gives artists a place to showcase their talents and provides a wide variety of sources of inspiration. Don’t miss out on the 39th year of this joyful celebration. Join the town of La Quinta in appreciating and promoting various forms of art and culture from all over the world. Go and book your tickets for the 2021 La Quinta Art Festival right away!