On April 23rd 2016, Beyonce released an album that not only shocked every member of the Beyhive but also did something pop music hasn’t done in a long time – make a statement. Beyonce embraces her colour and wears it like a badge of honour, and her femininity is like a beautiful Prada bag that she shows off with pride. 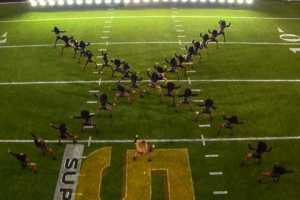 THE REACTIONS AND BACKLASH

Soon after, the internet erupted with opinions. The Guardian criticized her for her hypocrisy, citing that while paying homage to one of the most violent (albeit justified) groups in history, she also performed in honey blonde dyed hair, lightened skin, and contouring to sharpen her features, making them ‘whiter’. A day before the performance, she released her single ‘Formation’, which would be the first single ‘Lemonade’. And then, she went on to capitalize on the deeply painful and deeply rooted racism in the United States. 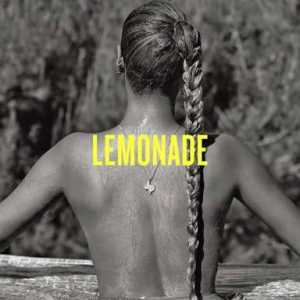 Don’t get me wrong; Lemonade is a masterpiece in terms of pop music. It’s gritty, deeply personal, hard-hitting, and heartbreaking. With lyrics like ‘your best revenge paper’, calling out the victims of American callousness regarding black lives, Beyonce steps into the light of the controversy. Both her Super Bowl performance and her album pay homage to the #BlackLivesMatter movement.

Personally, I loved the album. She isn’t the first pop star to go this edgy (newcomer Halsey, in my opinion, out-edged her with her debut album ‘Badlands’), preceded by Lorde and her American version, Halsey. Halsey, much before Queen Bey, penned down lyrics like, “We are the new Americana, high on legal marijuana”, in protest against a capitalist and hypocritical America. She quotes the Somali-British poet Waran Shire and doesn’t stay away from words like ‘menses’. However, we then have Beyonce, whose album was heavily and brilliantly promoted with an HBO film where Traven Martin’s mother goes onto make an appearance, establishing Queen Bey not as a star but as an icon.

However, more than anything, Lemonade is, at its best, a heartbroken acceptance of betrayal. If her last album, the 2013 ‘Beyonce’, was an ode to marital bliss, Lemonade is her declaration to the world as a woman scorned. When Congreve stated, ‘Hell hath no fury as a woman scorned’, he undoubtedly spoke of Beyonce.

The first half of the album is therapeutic for anyone who has been in love and has consequently been betrayed. Her first track, “Pray You Catch Me”, is a ballad of suspicion, which includes, as one example, such ominous lyrics: “I’m prayin’ you catch me listening/ I’m prayin’ to catch you whispering.” Listening to these caustic lyrics, it’s a surprise that Jay and Bey aren’t already in court filing for divorce.

She built the album with anger, toying with her prey, with songs like “Hold Up”, a track with pizzicato-string bounce and quotes from the Yeah Yeah Yeah’s “Maps” to heartbreaking effect. She finally goes for the jugular in her ferocious collaboration with Jack White, co-owner of Tidal (the other co-owner being her husband Jay Z) in a song titled “Don’t hurt yourself” singing, “Who the fuck do you think I is?/You ain’t married to no average bitch boy/You can watch my fat ass twist boy/As I bounce to the next dick boy”, making at the same time a declaration of feminism, “Keep your money, I got my own/ I got a bigger smile on my face, being alone.” The hooks are addictive, and the production is flawless.

The proceeding “Sorry” is basically a Beyonce equivalent of a post-bloodbath hair flip, as she sashays away towards the horizon, singing, “I don’t give a fuck/ chucking my deuces up/ Suck on my balls, pause/ I had enough I ain’t thinking ’bout you”, slamming the door on her cheating husband. 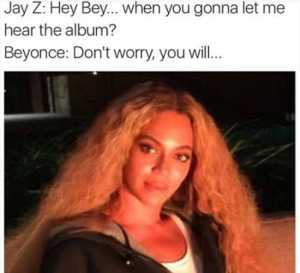 The second half of the album is, however, a tale of victory. She turns her husband’s mistress(es?) into memes, referring to “Becky with the good hair”. “Daddy Lessons”, a delirious (and strikingly pro-gun) bayou romp, is the album’s turning point. In her world of brass-band outbursts and joyous hand-claps, Beyoncé finds power in her father’s wisdom.

Lemonade then begins to build toward forgiveness, grace, and recovery. As she sings on the sultry “Love Drought”, the “only way to go is up.” And skyward is where she takes Lemonade. After the bitter and lovely piano ballad “Sandcastles”, Beyoncé reaches remarkable heights on the album’s remaining four tracks until her victory lap, the controversial ‘Formation.’ Beyonce establishes her identity here as a black woman artist, making music for black women. While she seemed to almost poking fun at the typically ‘white’ Taylor Swift with the country-inspired production of “Daddy Lessons” (combining music from the racist South with lyrics written in typical African American dialect), ‘Formation’ is where she stands in protest against a nation where Black lives don’t seem matter.

She is not usurping black culture, neither is she dipping her toes into the stream of the various elements that encompass American people of colour. No, she is creating work that speaks to an audience that might not receive the sort of mainstream, visually and aurally-enticing wisdom that Bey has perfected. We finally understand the references to Malcolm X in “Don’t Hurt Yourself”, as she closes the album with powerful protest. She states decisively, “I like my negro nose with Jackson 5 nostrils” and “I like my baby’s hair with baby hair and an Afro”.

ALBUM OR A DIARY?

As I said, Lemonade is a flawless album. So why did I start the review with “Don’t get me wrong”? Here’s the thing, Beyonce has essentially capitalized on one of the most painful parts of American history. The release of ‘Formation’ as the lead single and the SuperBowl performance gave the impression that this album would be purely about her colour. Instead, it’s an open, unlocked diary of a pissed off wife—a well written, brilliantly produced diary, but a diary nonetheless.

While promising us a revolution, Beyonce fell back on a formula Taylor Swift has perfected – she gave us music that sounds like a page out of her life. Except, she hasn’t written a single song herself. Under the veil of an activist, Beyonce reveals herself to be just another pop star. Her personal life eclipses her supposed activism, her need for sales eclipses the Black Lives Matter movement. The most memorable lyric out of the album is “Becky with the good hair”, and the consequent shaming of the supposed mistress Rachel Roy stands testament to that. Rachel Roy is the Monica Lewinsky of this millennium. And Beyonce, being the proud coloured woman she is, stood on the sidelines as her fans shamed another coloured woman for her husband’s sins, just as ‘feminist’ Hilary Clinton did years earlier. 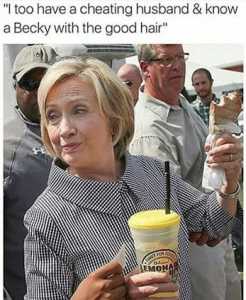 Maybe this album says something about our pop stars. (Okay, not maybe.) This album DOES say something about our pop stars. Taylor Swift calls herself a feminist while glorifying white colonialism and surrounding herself with pretty, skinny girls, calling them her ‘squad’. She personifies the exclusivity of white feminism. Like Beyonce, she capitalized on a movement deeply rooted in pain to boosting her sales – her single ‘Bad Blood’ was described by her as a ‘Feminist song, with strong women sticking together’. In reality, the video told the story of a female feud and the taking down of another woman. Maybe lovers of pop music (such as myself) can turn a blind eye to what our favourite singers stand for and listen to their extremely catchy music. 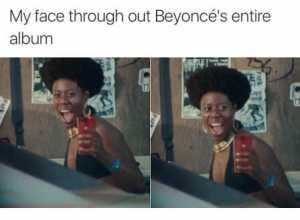 Let’s lap up the carefully fabricated ‘authenticity’ of our favourite pop stars. After all, if Lemonade has taught us anything, it’s that successful musicians very rarely truly stand for anything.