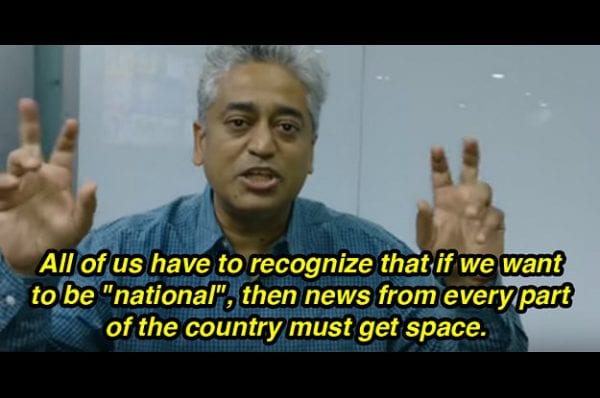 Let’s be honest here, and we have all noticed how the national media focuses on petty, irrelevant news instead of showing important affairs regarding the states and the country. And if you are from the south of India, you are entitled to have felt this more than a few times at least. The steady involvement that the national media shows in matters dealing with Arvind Kejriwal are not the same regarding issues or matters concerning other Chief Ministers. And honestly, the Twitter trends and open letters don’t seem to grab the national media. 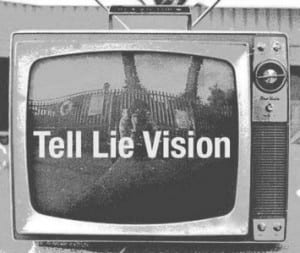 Recently, the national media ignored the Chennai Floods as it had its hand full-on with the Intolerance debate. It was busy researching the details of the number of relationships Indrani Mukherjee had. The fourth-largest metro in the country was sinking after being washed by historic rains, and national media did not have the time or the decency to talk about it.

If the national media had reported it earlier, help would’ve arrived so much earlier than it did. This time, it was not only the public but even the actors and media personalities who took it to Twitter to show their haste. Actor Siddharth the Rang De Basanti fame, one of the active volunteers, took it to Twitter to share his concerns regarding the flood in Chennai. 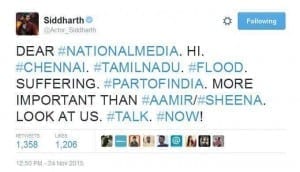 Thanks to social media, good Samaritans of the city, and the Army, the city survived. The attention given to the Uttarakhand disaster or the Kashmir floods ( yes it was not huge but was more than what was given to Chennai ) was at a higher level when compared to Chennai’s but let’s pretend that it’s all fair and square. And then you see the coverage our media provides for the Nepal Disaster and realize it’s not fair. Dear National Media, you have failed this country.

AND IT HAS HAPPENED EARLIER AS WELL:

And the partiality and carelessness do not stop here, and it has their origins heading way back into the past. For example, when fishermen from Tamil Nadu were captured or killed by Sri Lankan Navy, they are referred to in the media as “Tamil Nadu Fishermen” and not “Indian Fishermen.” Are South Indians not Indians? If they are, then why are they not treated as members of the country? 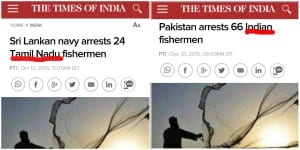 POWER AND IMPACT OF NATIONAL MEDIA:

Last year, our former President, Dr.Abdul Kalam, passed away, and he was honored with a grand farewell. Later, the government promised to build a memorial to him which never happened. After months of delay, Mr.Kalam’s family expressed their concern and news spread on social media. Once again, social media came to the rescue first, as pictures from the burial site, which was covered by only a temporary shelter, emerged and went viral on the internet. The media finally decided to take notice of it. And as the national media reported this matter, within weeks, a solution was provided. The DRDO, which Kalam led once, decided to take up the responsibility for constructing the memorial site. 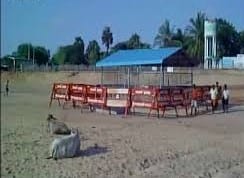 The above image shows the pathetic condition in which his burial site was maintained. After the national media coverage, the problem was seen and got a solution; however, the solution has not been implemented yet. Imagine, if the state media takes up the local news and matters of all the states seriously, we could have made such huge differences in the country’s overall development.

Even after the Chennai floods, some parts of Andhra were affected by floods that weren’t covered much. Recently, Rajdeep Sardesai admitted the National Media’s failure to cover all news across the nation uniformly, and it needs to be changed. We hope it does change!