As she was about to take in the breath that would change everything, their eyes met. A million memories came back to her.
He was young, an angel with soft, dark curls and a dimple. When she saw him smile that day, the day he took his first step, she knew she would do anything to see that smile once more.

She and he were the best of friends. She was as old as time itself when he was born. She watched the innocent, helpless, pink creature cry its first tears. She watched him and smiled to herself. Here was someone she could trust with her whole heart.

As time passed by, he grew stronger; her love for him grew. Every day, he would come to her and talk to her. He would give her water and food. He would laugh his deep, throaty laugh. Some of her children he befriended; others he did not. She was proud of him, he who she had protected from all harm and provided for.
Time went by; he was no longer a child. He hardly ever had enough time to spend with her, care for her. He was too busy chasing the things he thought mattered. For many a day, he would pay her no heed, and when he finally did, it was no longer the same. He acted distantly, and his mind was always preoccupied. Then, he stopped coming altogether.

She spent much of her time watching him from a distance. She could not bear the thought that he had deserted her. All happiness had now vanished. An air of melancholy weighed down everything. Winter came and passed, so did spring. Still, he never came.

A year passed on. She had given up all hope, and that is when she saw him approaching. It was like all her prayers were answered. But what was it in his hand – a black thing? Was he bringing it to her? He was pointing it at the group of deers nearby. Maybe he is going to feed them. That was when she heard the sound – an explosion followed by screams.

Her children! Her deer! What has he done? He has killed her children! Why did he? How could he betray her so and harm her innocent children? After all that she had done for him, how could he? And then, she heard him laugh – only this time, it sounded cruel, unlike the one used to fill her with joy and pride. She saw him walk back to his home, and she could do nothing about it.

He would never hurt anyone like that. What she saw did not just happen. But there they are – her children lying dead, soaked in blood! “What should I do?” she kept asking herself. Day and night, she asked herself the same question over and over again.

Days went by, yet she got no answer. One fine day, he appeared again. This time, he had a strange long thing with a shiny end in hand. He ran to a tree and hit it with the thing. Her child! He was harming her child! Soon, the tree fell, crying out in pain. He had killed another of her children! He then ran to the next and did the same thing, all the while laughing out loud. Disbelief paralyzed her. She could do nothing but watch.

“Enough with the memories!” she thought to herself as she looked into his eyes. He tried to harm her children for the third time today. She had realized, he whom she adored was not who she thought he was. She would not let anger and sorrow take the best of her.

She had merely trapped him in the hands of a tree. She would take from him what she had given to him in the first place – the breath of life. She shall not harm the man unnecessarily, even someone who had betrayed her so. How much she loved him does not matter. It is the right thing to do.

She is Mother Nature, and she is always just and fair. 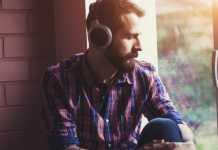