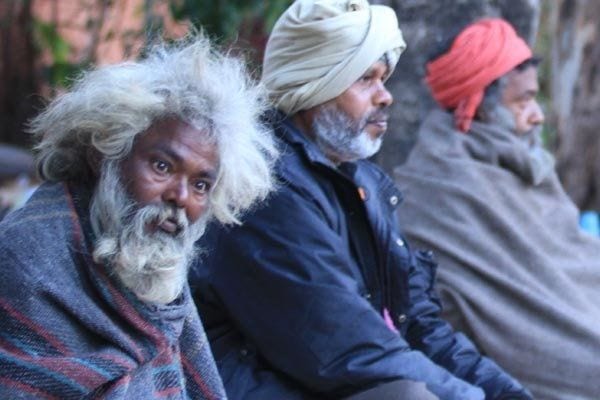 Imagine a student sitting in a class, taking down notes during a lecture. Imagine him attending his class regularly (this might be a stretch of the imagination for some of you) and sitting in the library whenever the class is cancelled. This is an integral part of our many of our everyday lives. This very same schedule is also part and parcel of a beggar’s life. Yes, you, in fact, read that correctly. This very same schedule is a part of a beggar’s life.

Shiv Singh is a law student at the Rajasthan University Evening Law College at Jaipur, Rajasthan. However, he can also be seen on the streets of Jaipur, where he begs to earn a living. Shiv Singh begs from door to door and temple to temple. He even seems to have a schedule by which he begs each day.

This schedule is as follows: Hanuman temple at Johari Bazaar on Tuesday, Ganesha temple at Moti Doongri on Wednesday, Sai Baba temples on Thursday and Shiv temples on Saturday. There is a reason Shiv Singh is living in such conditions. He had injured his hand previously because of which the hand does not work anymore.

Due to this injury, Shiv was unable to get any job. He was not even able to find a job as a labourer. This led to his kids and wife leaving him. That is why Shiv can be seen begging on the roads and near the temples of Jaipur. 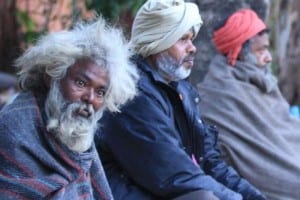 Both his parents used to do labour work, and they paid for his education.

He had graduated from the Government College in Gangapur City before he met with his accident. After his kids and wife had left him, and he began begging to survive, Shiv came across an advertisement in a newspaper.

This advertisement is what led him to fill the form for Rajasthan University. Now, he is a very hardworking and sincere college of his college. Every day, at three in the afternoon, he can be seen in the Law College.

Shiv Singh’s teachers and classmates say that he has never taken a leave from college. Whenever there is no class, he can be seen sitting in the library and studying. It is because of this dedication that the teachers and students find it hard to believe that Shiv Singh is a beggar. 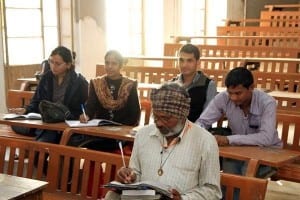 Shiv Singh’s story should be a great inspiration to all of us.

Despite having faced many hardships and difficulties in life, he has not lost hope. He’s very optimistic about his approach to life and is currently hoping to get a job at the court. His tale tells all of us that we should be very determined and focused on what we want to do in life.

It is never ever too late to start doing what we always wanted to do in our life. All of us need to stop making the excuses that we give ourselves and need to start doing whatever we want with our lives. Kudos, to Mr. Shiv Singh for being a great human being and an inspiration to all of us. We are very sure that you will make an excellent lawyer.