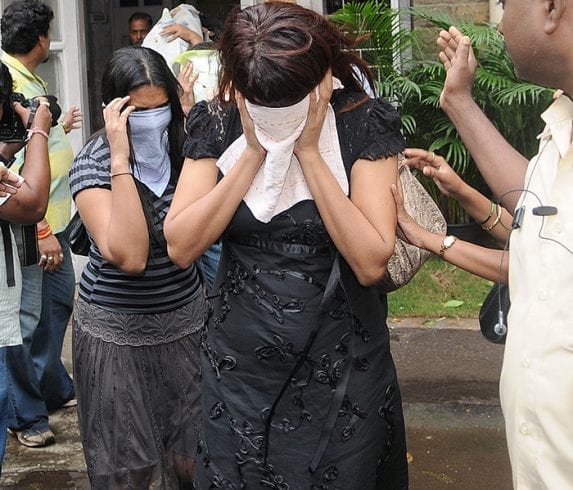 A man in Delhi was duped of 10 lakhs rupees by a group of conmen. A man who is a pilot of a leading airline, pursued and got a response from two women on an adult dating website. However, when the three of them met at a café for a cosy date and then proceeded to a flat owned by the ladies, the entire idea of a little fun, turned into a nightmare. While at the apartment, Crime Branch personnel burst in and threatened to implicate him in the rape of his female companions. This scared the pilot but what he did not know was that the 3 policemen were conmen who had staged this entire plan to dupe him off his money. The fake policemen took the 2 girls to a nearby hospital in Rohini for a medical examination which he was made to pay for. They scared him by dangling the fear of a rape case over his head and told him that the entire matter would be hushed up if he paid them money. The terrified man immediately pulled out Rs 20,000 from his wallet and handed it over. He later added another Rs1 lakh to the booty at an ATM in Sector 9. It didn’t satisfy the trio. He finally paid them Rs 10 lakh to hush up the entire matter. On contacting the police on Friday, Vijay Singh,DCP(North-West) informed the public that, “Inspector Arun Kumar and sub-inspector Ram Manohar tracked the calls being made to the pilot and picked up the three men.”

The accused were arrested and produced before the magistrate who put them in judicial custody. A total of 6 mobile phones were found from their hiding spot. On investigating further, the police found that the gang comprised of two Home Guard personnel and a gym instructor-cum-bouncer. They executed the crime with the help of their girlfriends. Police sources believed that the gang had duped at least 100 other men, whom the cops are trying to currently trace. Vijay Singh further informed that, “One male member of the gang and the two female accomplices have absconded, and efforts are being made to trace them and to recover whatever remained of the extorted sum.”

The man behind the entire plan was Jagtindar Singh who also goes by the name of Jimmi who is a 47-year-old former company commander of the Delhi Home Guards. His associate Sundar Lal, aged 35, was in the Home Guards at the time of his arrest. The third member, Jitender also known as Prince, aged 32, worked as a gym instructor in Model Town and as a bouncer in a Noida nightclub. He used to pose as a girl and chat with prospective clients online. Since Jagtindar and Sundar lal were former Home Guard employees, they had worked closely with the police. They used this experience to pose as and speak like policemen to con all the men.