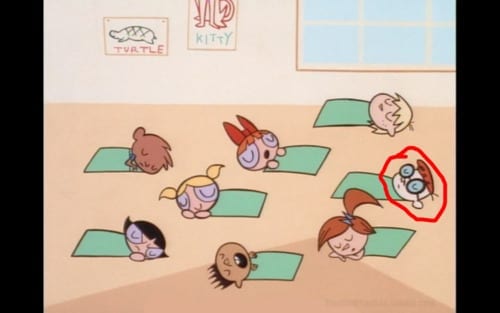 The first thing on Girl Power we see is the Powerpuff Girls cartoon. An American cartoon beautifully written and executed. The story of the adorable kindergarten triplets; Blossom, Bubbles, and Buttercup had created waves around the planet. The show was so well received that even the makers were stunned, and we can’t blame them; the Powerpuff girls are world-famous.

From the cartoon, to movies and merchandise they are everywhere and rightfully so. But no fandom is complete without knowing everything about your favorite cartoon. And let us enlighten you, there are lots of things you haven’t heard about the Powerpuff Girls. But that my friend is a thing of the past. The top things you didn’t know about the girls are right under your nose.

1.The original name of the Powerpuff Grils series

The very beginning of the Powerpuff girls was on a McCracken student film at CalArts, but they were not even remotely called the Powerpuff, instead, they were called the Whoop-ass Stew, born out of a can of whoop-ass. What in the world were they thinking? Naming a three-girl superheroes Whoop-ass STEW! Boy am glad it rang a bell and they changed that crazy name.

2. Buttercup’s name was different – She was Named Bud!

The inspiration for the large eyes of the Powerpuff girls was from Margaret Keane’s paintings. Her paintings depicted large sad eyes, and the makers of Powerpuff girls thought it would be funny and cute to draw similar eyes, Hehe! Thus, the sad tearful eyes became playful and funny doe eyes. Oh! One more thing, the makers wanted their hands and legs to look like socks filled with wet sand. I don’t know where they get these thoughts from, but they are good. Am very impressed.

Him was not referred to as Devil, only because the producers did not want such a strong reference of religion to be portrayed in a kids’ show. Even though the makers wanted to call him Devil, they had to come up with an alternative. Only vague references like ‘him’ and ‘ultimate devil’ were allowed on the show. But now we know, he is SATAN!

We might think, the world knows the Powerpuff girls, and we are right. But there is a catch, they are known by different names. They were given to make the show feel more approachable and own. In Latin American Cartoon Network, they were named Chocolate, Bubble, and Acorn (Bombón, Burbuja, Bellota) and on Italian TV it was Lolly, Dolly, and Molly (But why!). But nothing beats the Blossom, Bubbles, and Buttercup.

6. Mojo Jojo had some real voice over

Mojo’s dialogues were based on a DC Comics dictionary called The Superdictionary that McCracken had as a kid and Roger L. Jackson who was the voice of Ghostface in Scream voiced Mojo in the cartoon by referring to the Superdictionary. That is some serious evil backing if I say! He was voiced by the Killer in Scream. Neat!

7. Reference to the Beatles!

The Beatles are to die for, and the episode “Meet The Beat Alls” in Powerpuff Girls had 65, imagine a whole 65 references oo The Beatles. The episode premiered on February 9, 2001, on the band’s The Ed Sullivan Show debut anniversary. This episode is a must-watch for every Beatles fan

8. The Cartoon Network kids study together.

Big news! Did you guys know, Dexter and Powerpuff girls studied in the same Kindergarten? The first thing that would go in your mind is, what? No! But let me tell you, yes. They studied together people! Must be some super kids kindergarten huh!

Did you know, George Jetson was a citizen of the town of Townsville? No, you did not know that. But now you do. Watch the episode ‘Major Competition’ to find out more.

The animators did not originally think of this cartoon as a kids’ show. Craig, the write even said,” I don’t write for 6-year-olds”, “I write for myself.” In fact, when the show was aired for a focus group, the children hated it. But, lucky or what? The network didn’t dump it and produced it anyway hoping for a stroke of luck. The rest is history.

Posted by Aathira Bhami
I'm a practicing lawyer trying to find my share of sanity and peace by writing tine tales.
Leave a comment Leave a comment