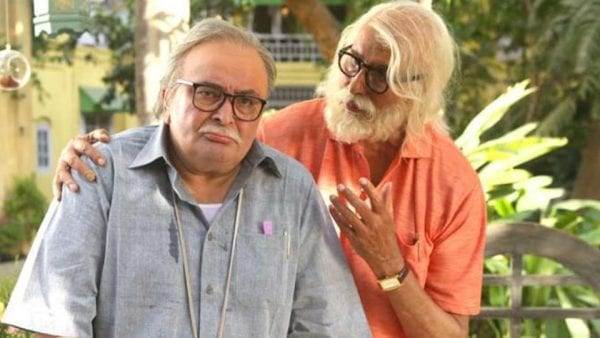 It was just yesterday when the social media was flooded with hashtags “gone too soon” with the demise of an extraordinary actor Irfan Khan and today another legendary actor passed away, leaving us in a turmoil that seems so still, yet crashing the souls of thousands with a sad truth left for us to dwell on, is it already the “end of an era”?

Today, the veteran actor Rishi Kapoor died at the age of 67 after suffering from cancer for a long time. It was only a year ago, in September, when the actor returned to India from his treatment in the US for cancer, that he was admitted to H N Reliance Hospital yesterday, 29th April 2020, due to the inability to breathe correctly. Though there is nothing we can do to change the history his death creates, we can truly honor him by revisiting his life and the sublime art created by an actor as exquisite as himself.

Not Just A Star Kid

Although born in one of the most well-established families in Bollywood, “The Kapoors,” Rishi Kapoor, better known as ‘Chintu Ji’ by his friends and family, stood out to create his own identity through his outstanding performances and tremendous hard work which reflected in his characters. From first appearing in a Song from the movie Shree 420, “Pyaar Hua” to winning the Filmfare award for Kapoor and Sons, the actor has worked in more than 90 movies. He gained the audience’s attention in his debut movie as the lead role in the 1973 film – Bobby.

The actor is highly praised for his main romantic leads, but what made him stand out was his phenomenal performances as a villain in movies like Agnipath, Aurangzeb, and D Day, among many others. He even stated that he wants to play ‘meaty roles,’ something he can inhale and make his own, he believed in humanizing the evil, unlike the regular demonstration of a villain in Bollywood as mostly one dimensional, someone who has to be unnecessarily loud.

Lately, Ayushmann Khurrana has been in the limelight for pushing the radar by playing an unconventional role of a homosexual, but before him Rishi Kapoor turned heads by enacting a character of a gay professor in Karan Johar’s Student of The Year. He defied the idea of “gay characteristics” defined by the cinema over the years. Taking the role that was not accepted, especially by an actor from his era, is more than appreciable.

Rishi Kapoor has been known for his outspoken attitude, which has landed him in several controversies, but it was an attribute that made him so lively to his fans, a trait that led the audience to feel connected to a star. His transparency is reflected in his Autobiography- Khullam Khulla – Rishi Kapoor Uncensored, where he wrote about his rise in the world of cinema, his affairs, family, and the movies that did pull him down but also were a reason for him to understand the fragility of this industry and also the reason that forced him to stand again. He doesn’t introduce himself in the book as an actor, rather by the identity he gained from his father, his wife, and his children.

Movies often get lost in time, but certain songs leave a long-lasting impact on our hearts, the lyrics, the tune gets stuck in our mind forever. Rishi Kapoor has been lucky in terms of songs, whether it be dance numbers like “Bachna-e-Haseeno” and “Om Shanti Om” or singing along the notes of “O Hansani” and “Hum Tum”. These songs weren’t just magical but worthy enough of being remixed time and again in new generation movies. Today, pull that old stereo out and jam your golden era playlist on as a tribute to Rishi Kapoor.

Very few people know the fact that “The Body”, a Netflix movie wasn’t the last movie starring Rishi Kapoor, he already signed for the film “Sharmaji Namkeen” alongside actor Juhi Chawla, which was supposed to release late this year. The shoot was almost complete when he was admitted twice in February. While the audience was excited to see the pair back together on screen after nearly nine years, Rishi Kapoor was also chosen for a project with Warner Broz and Azure for a remake of the Hollywood movie ‘The Intern’ starring Deepika Padukone playing the role of Anne Hathway and Rishi as the Intern, initially played by Robert De Niro. There is definitely no doubt that no actor would ever be able to play this role more effortlessly than he would have.

It is indeed the harsh reality of life; we often go by it without realizing how little time is left with us. Rishi Kapoor stands as an example of living life to the fullest. He showed us that life, no matter how extravagantly you live, will grip you by your neck any second, but that doesn’t mean we stop breathing. Even though he was detected with cancer two years ago in 2018, he didn’t give in, instead chose to fight it silently while providing his fans his love through his performance in ‘The Body.’

He wasn’t just an actor but so much more to his fans and a beloved friend to many inside the industry as well. This is the reason the country mourns as a whole today, with so many actors across the generation pay homage to the actor through social media. Among many, Amitabh Bachchan, known to be the best friend of Rishi Kapoor, states that he feels destroyed by the news.

We often ask ourselves why do we feel so sad, heartbroken, and taken aback by the news of an actor dying even though we have no personal connection to them! This is so because we live multiple lives through their characters in movies, their acting is so powerful that forces us to believe its real as if we’re experiencing them first hand. This year has taken from us the gems of the world of the cinema, let’s celebrate their work as an honor to them through many more ages to come.