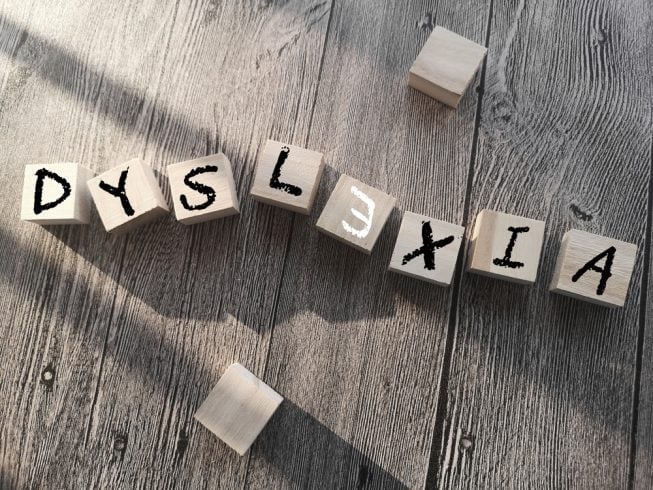 According to Wikipedia, Dyslexia, a reading disorder, is a learning disability characterized by trouble with reading despite normal intelligence. It doesn’t seem like that big of a deal, but for a person with this condition (mind you, it’s a condition and not a disease), things aren’t all that easy.

Life as a person with dyslexia hasn’t actually been very hard. Simple things like an ‘A’ are hard to understand, and a game of catch can be the hardest thing you have ever done just because your mind can’t process how far away the ball is.

Some parents are supportive, and some don’t understand why their child is such a troublemaker. I mean, your mom just asked you to write down the numbers; why do you have to take hours to do it and stall her work?

In our country, I don’t think many people even knew that such a thing as dyslexia even existed until Taare Zameen Par happened. Only a lucky few have parents who will take them to doctors when their child shows difficulty reading, but things aren’t easy for the rest of us.

A Dyslexic child is either an idiot or easily distracted by extracurricular activities. They can’t do well in their studies because they are always thinking about games, or so the parents think. It’s not always the parents’ fault either. Usually, all the information a parent gets about their child’s education, especially when they are young, is from the teacher.

The teacher is the one who has the most control over the child’s education, and she, of course, knows best, and while some teachers are very understanding, some can be rather mean.

If the teacher is kind, the child has a somewhat easier life, but if you’re stuck with a teacher who can’t understand why you can’t answer a simple question and gets annoyed by it, then you’re going to be labeled as an idiot and not just by teachers. The way a child is received by his or her peers often depends on how the class teacher treats the child to go either way from there.

Being a dyslexic child, I was lucky enough to be in a school where there were facilities to help students like me, but I didn’t have access to those facilities right from the start. I was diagnosed with Dyslexia when I was in the 2nd grade, so before that, I was the stupidest kid in my class. I wasn’t all that lucky when it came to the teachers that taught me either.

They asked me what 2+2 was, and all I gave them was a blank stare because honestly, my mind hadn’t even processed the question before they lost their cool and threw me out of class. My mom had become accustomed to coming to school to meet a teacher or the principal and hear about what a bad child I had been. I wasn’t talkative, nor did I have bad behavior. I simply couldn’t study like the rest.

Since my teachers didn’t like me, neither did my classmates. I was an exile, and whoever talked to me or tried to help me would be exiled as well. As if being exiled by classmates wasn’t bad enough, they spread rumors that I had an infectious disease, so all must stay away from me. Who would have thought that five-year-old kids could be so cunning?

After my diagnosis, things changed for me since they put me in a class with five other students. We had one on one sessions with the teacher in charge, and after a year, I was back, studying with the rest of the students, like I never even had Dyslexia.

Well, that was my little story, and I hope you get the idea of how things play out for dyslexic children. We can be in the best environment or the worst, depending on the school. All we ask is for a little love, support, and encouragement; that’s it.