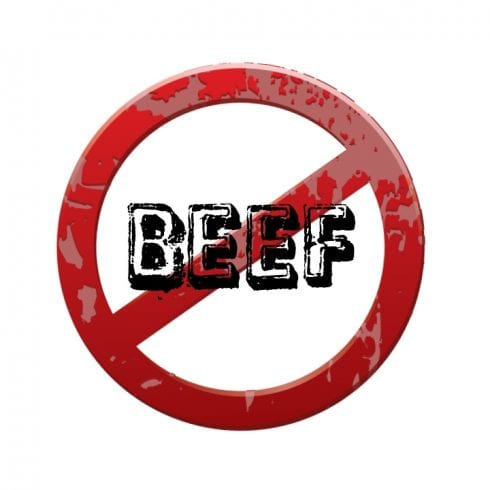 On September 28, an ordinary Monday, a series of extra ordinary events led to the uprising of angry Hindus, including the higher sect of the villages and land owning Thakurs, to protest in a fit of rage against something they say is volatile to their religion. Rumors have been spread like hot smoke that a cow-holy and maternal to them has been slaughtered, eaten and its remnants are rotting in an electric transformer of the village. This rose as one of the most debatable demonstrations in the country in the year of 2015 and had the people put their views outright; sometime in favor as well as against the idea of of cow slaughtering.

The Hindu mob arose against the accused cow killer and pelted him with stones to be declared dead the next morning. A BJP leader announced his condolences in front of the media however spoke that the death of the accused was accidental. The entire country went on a full swing debate sitting across their social media screens trying to negotiate the factor of food related liberty and whether there should be laws entitling the security of animals, specially cow due to its reputation as a holy consideration to the Hindu sect of Dharma.

In the meanwhile the BJP, RSS and Congress played along their own rules of diplomacy and anguish veiled in a shroud of discrepancies in regard to the conflict. The Hindu and the Muslim population stayed divided and the youth paid massive attention on whose ball the court stands. The feminists stood in tumult as the verdict released declared Beef eating punishment to be a term of five years whereas are rapists are entitled to a detention term of three years announcing the value of women comparably low than the value of cattle in our prestigious country. Since all of this has been stacked away from the desks for now, the new conflict arose as the revival of the Jallikattu tradition in Tamil Nadu despite a ban that had been implied in 2011. The Tamil Nadu govt. has no ideological similarity from the BJP and thus the influence ceases to exist.

The traditional act is taken place among a crowd where the bulls are fed on boulders of alcohol, tied and often blindfolded and then pelted with stones, needles, forcefully climbed upon and stabbed with knives and stone tools. The mob of men undertake the responsibility of this heinous act to represent their masculinity as a superior form of ability and virtue.

According to PETA, “terrified bulls are often deliberately disoriented through substances like alcohol; have their tails twisted and bitten; are stabbed and jabbed by sickles, spears, knives or sticks; are punched, jumped on and dragged to the ground.” Why? Because all of this is required for a demonstration of Indian  masculinity.

The news is heart wrenching and knows no bounds of cruelty. However, the Animal Welfare Board of India (AWBI) has responded positively against the act of brutality upon meek and innocent animals and intends to take the matter to the court. “We are surprised that the Centre is ready to diminish the stature of a Supreme Court order so brazenly,” said a top official of the AWBI.

Meanwhile, social media has once again risen a debate reacting to the lift on the ban, with two different supposition  – those who oppose Jallikattu, and those who want to conflate food-practices, poverty, religion and animal cruelty into a uni-dimensional debate.

However, cruelty even in the name of religious and cultural ethics is still cruelty and inhuman that must not be pardonable .