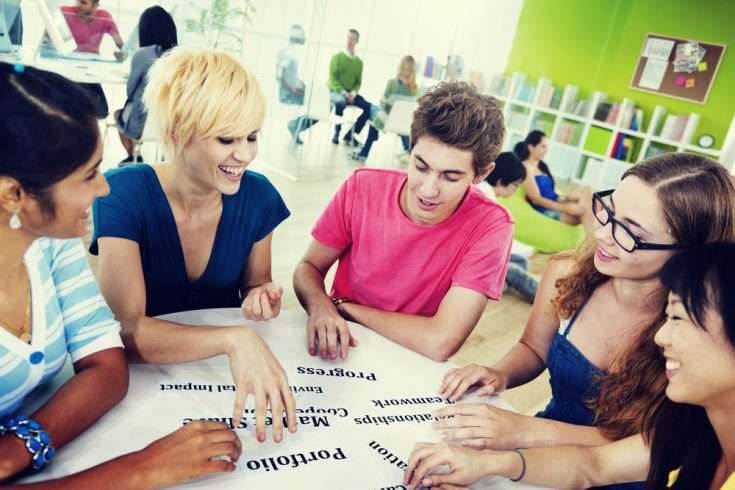 What are some of the classroom games you can never forget? No matter how old we get with every passing year, the pages of history are meant to be ruffled. We all have a treasure full of memories that lead us back to our golden childhood days, reminding us of the childhood games we played, be it during our adolescence or the messed-up teen years. A curve is sure to light up your face!

Here’s a list of the most known and played childhood games. Let’s take a trip to the olden days that only a 90’s kid will know well.

1. Name Place Animal Thing was one of the best Classroom Games ever

Is there any person on earth who doesn’t know of or hasn’t played this game? It is still a favourite amongst many as it improvises your word power and knowledge.

So let us take a ride back into this favourite classroom game, with a smile adorning our faces. Aren’t flashes of your childhood friends appearing in front of your eyes right now? The giggles, the rants, the fights.. everything, right? So do you want to remember how we played it while your brain is jammed with work and work and more of it?

This is how you play the game!

1. So let’s consider that three people are playing. (However, any number of people can play the game)

2. Let’s say Jack says start, and Jill will then recite the alphabet in her mind.

3. Jack will abruptly gesture Jill to stop, and the letter that she stops at is chosen.

4. Everybody has to come up with the name of a name, place, animal, and thing starting from the chosen letter, say “L.”

And the game continues, and marks are allotted for the answers and the kid with the highest point wins. Hurrah. It was one of the best classroom games in India.

2. Bingo was another favourite Classroom Games

If you have played this classroom game, then BINGO, you had had an amazing childhood.

-25 is the magic number in this game.

-You need to draw a  5×5 box and fill it up with the numbers starting from 1 to 25 in any random order you want; your competitor does the same.

-No one will peek into others’ choices of arrangement.

-Jack will start with a number, say 2, both he and Jill will strike that off from their respective boards. The chance passes onto Jill, and she will proclaim a different number. If the striking is complete for one row, or a column or even diagonally, you strike the letter B from Bingo.

-The one who first strikes off  BINGO will be declared the winner of the game. This was one of the best classroom games, and that’s how most of us spent boring lectures!

Do you remember this childhood game…well, it was also called “colour, colour, which colour do you choose.”

We would pretend to be astrologers back then with the craziest ideas of turning a paper with a dash of origami into a sure way of predicting futures! We had to insert our fingers into the origami creation of ours while writing personal secret messages under the folds of the paper! We have your future in our hands. Didn’t you enjoy every moment of it?

This is the one classroom game that never goes out of style. Your gang of friends insists that you play this every other day, daring you to do crazy, humiliating stuff or making you speak the truth about crazy humiliating stuff that you have done!

For example, our college gang decided to have a get-together after five long years, and somewhere in-between the introductory phase and ice-breaking session, truth or dare knocked on the door.

We had booked a table in the hotel, and a few tables away, there was a birthday party going on. The birthday girl was barely six years old, and all the relatives showered her with exotic gifts. Amidst the celebration, one person had come to this party in his shorts, with ruffled hair; he was technically wearing his ‘just out of bed’ attire, and They dared me to go and advise him about the wardrobe dysfunction.

Well, embarrassing as it was, I had to complete the dare and face the fear of being bullied and humiliated in front of the crowd. It was his wardrobe, his clothes and I didn’t have a say in it…that, however, is the plight of truth and dare! You must have experienced the same. Moving on to the glorious olden days!

Remember how FLAMES was one of the best classroom games? Let me explain for those who don’t:

F is for Friend

L is for Love

A is for Affection

M is for Marriage

E is for Enemies

S is for Sex or Sweetheart

We have all played this classroom game back in the olden days. It was the name game: you would write down your name along with the name of your crush and start to strike off the repeated letters in both your names. Next came the number, and after a few calculations, it would end up on one of the above-mentioned alphabets. You would give out a coy smile for whatever the result while hiding it under the tables during lectures from our poor unsuspecting teachers.

This is an extension of FLAMES, and it has a bit more of calculations and percentages. This classroom game would give you the percentage of love that exists between you and your crush!

So did you enjoy this journey to the olden days? Are your palms aching to play these games AGAIN, to feel carefree and downright stupid? These games relax you. Go on! Nobody is stopping you.

The childhood you have experienced with lesser gadgets, lesser of a virtual world, and more friends with more classroom games was truly amazing. Be proud of it:)