Taimur Puts The Nation in Turmoil! 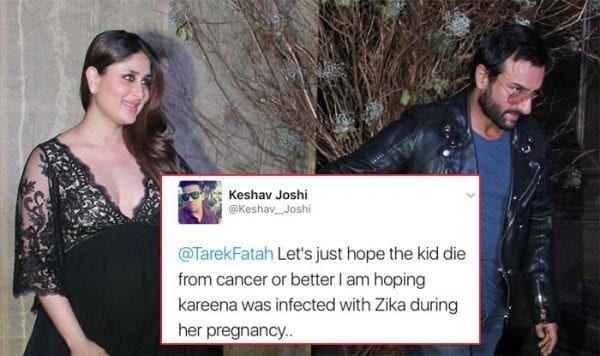 If you are wondering how the long deceased Turco-Mongol conqueror disturbed the peace of mind of our fellow countrymen, you are in for a shock. We are not talking about the Mongolian ruler here, Taimur is just 3months old! The adorable Taimur Ali Khan Pataudi born to the Bollywood’s royal couple Kareena Kapoor Khan and Saif Ali Khan has been keeping everyone on their toes since his birth. 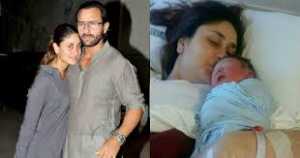 Taimur has been the headlines since his arrival in this world on December 20, 2016. While the much awaited news of Saifeena’s baby boy’s name was speculated upon on social media and internet, they named him Taimur Ali Khan Pataudi. 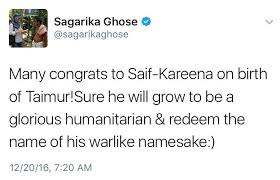 As soon as the announcement was made, social media platforms started overflowing with tweets and posts. Little did Mrs.Khan knew that her son would become the raging concern of the country. Although blessings were showered and wishes were given, rest was soon to follow. 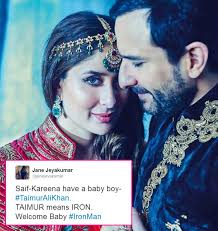 While a minor fraction welcomed baby Taimur, finding the name apt considering the royal lineage and verbal meaning-IRON, many started bashing at the couple at their choice of name.

Its None of Your Business!

Rishi Kapoor openly criticised people for their judgements on the name ‘Taimur’. He wrote-“You mind your own business.Tumhare bete ka naam to nahi rakha hai na. Who are you to comment?” in response to a tweet by a critic. 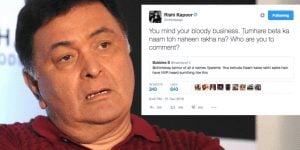 Initially, tweets and posts were mere displeasure of people at the choice of the name ‘Taimur’. People compared the naming of Taimur similar to naming a baby ‘Hitler’ and expressed discontent on Taimur(A murderer’s name) becoming a future heartthrob of our country 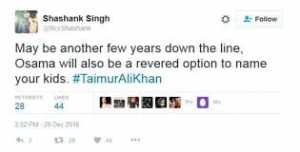 Comparisons were made between the conqueror and baby Taimur, Saif and Kareena were ridiculed and criticized for bestowing this unconventional name on their baby. 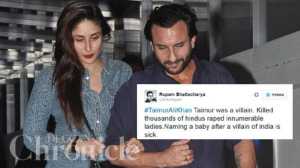 Soon, these comments and tweets went beyond the level of a social network discussion and became too disgusting to be looked upon. The heated comments and trolling began to be filled with contempt and pure hatred.

People even considered harming a small baby to vent out their frustrations of how the baby could be named Taimur Ali Khan Pataudi. What was more shocking is that, all these hateful negative feelings for a three months old baby who still is unable to respond or even understand the cause of the hatred. 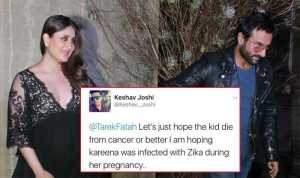 A mere name was used as a representation of religious views, orientation to Islamic community, Criticism of Muslims and even spanned jihad during its wide course of representation. 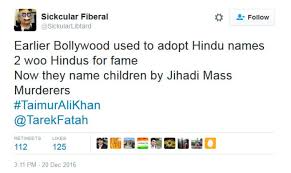 While some brutal comments would make us question humanity and disgust us, some witty comments led to a smile or a scowl.

The twitteratis even suggested names trolling the current trend of combining parent’s names which hinted at the baby name ‘Misha’-MIra and SHAhid.

It seems Kareena and Shahid’s history together gave birth to a lot of memes and interesting posts. Sometimes people just outdo themselves in expressing their opinion and views! 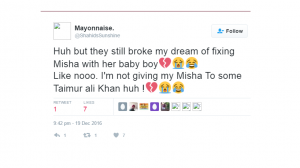 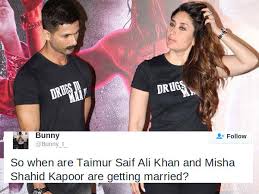 As the world argued over the biggest gossip of the year, some had their fun while they were at it. The big question was -What does the future hold in it for baby Taimur? Lots of the social media participants actively expressed their concerns in a rather funny way. 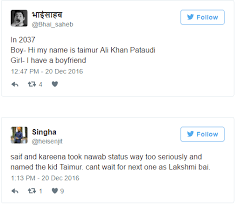 Historical narratives are too tricky to use them to construct our beliefs based on them. Who is a hero and who is not would be a matter of subjective opinion.

Moreover choosing a name for their own baby should be a parent’s right. Shouldn’t it?? Was this such big an issue to be showered with brutal comments?