How many Nickelodeon shows have you seen while growing up?

When it comes to cartoons, Nickelodeon does it the best. Officially starting in 1979 as a commercial network, Nickelodeon has created some of our favorite shows, ranging from cartoons to sitcoms to live-action shows. With multiple options to choose from, this channel also gained a wide range of audiences, varying over distinct and several age groups.

If you feel overwhelmed by the number of Nickelodeon cartoons (which are numerous), we’ve created a list to help you out. 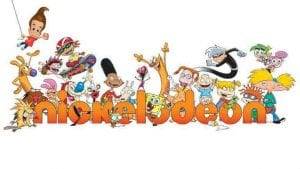 We bring to you some of the classics from Nickelodeon. Which of these Nickelodeon shows do you think you need to watch again? Or worse, haven’t watched yet? 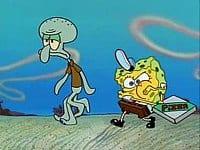 Known and loved by many, this show has been on air on Nickelodeon since the 90s. There is no beating the timeless humor provided by this show.

The cartoon is set in a small underwater town of Bikini Bottom. The show consists of the several adventures of the talking sponge, who works at Krusty Krab and lives in a pineapple under the sea.

This plot probably wouldn’t seem like much, but it has become one of the biggest kid’s shows ever made. It surely is one of the favorite Nickelodeon shows for many. 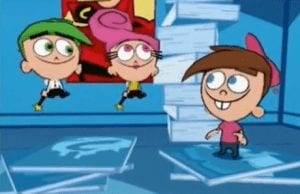 As one of Nickelodeon’s lengthiest running toons, this show grasped the age of the internet with its many jokes on technology and the world web.

After being put through a lot of torture and embarrassment by his babysitter, Timmy is put under the care of his godparents, Wanda and Cosmo. It just so happens that they have magic powers! They pamper Timmy and all his wishes. But soon, Timmy finds out that every wish comes at a price and each wish has aftereffects.

It remains as one of the funniest and brightest Nickelodeon shows. 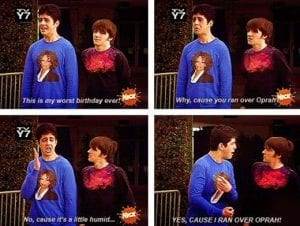 As one of Nick’s most popular sitcoms, Drake and Josh was also one of their highest-rated ones.

This dynamic duo consisted of two stepbrothers. One of them is an awkward nerd and the other brother is a popular musician. They have a younger sister, Megan who makes their life miserable and just scares the wits out of them. Despite being very different from each other, Drake and Josh end up as the best brothers. This Nickelodeon show navigates through their crazy situations and humorous adventures. 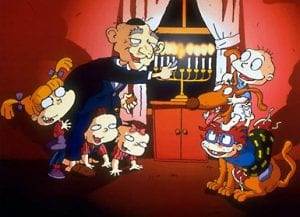 Even though it’s from the 1990’s era, Rugrats remains just as fresh and trendy as it did then.

The main concept of this cartoon revolves around babies who can talk to each other and proceed to go on imaginary crazy adventures. This premise disproves the emotional complexity of broad themes like grief, loss, abandonment, and aging as well.

Tommy, Chucky, Phil, Lil and their bratty cousin Angelica remain silly babies who follow life through their crazy ideas, thoughts, and trips. Rugrats is truly a timeless classic which gives a blast of humor and freshness to its audience. It’s among the lesser known yet popular Nickelodeon shows. 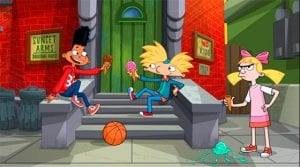 “Hey, Arnold!” is a cartoon about the pensive adventures of a 9-year old boy, Arnold.

He lives in a boarding house with his grandparents and some crazy occupants. The show depicts his crazy fun-filled life with his best friend, Gerald and his tormenter who loves him secretly, Helga. Despite the large- city feeling, the focus is on Arnold and his friendship, growth and young love.

Completely set apart from every show they’ve created, Avatar: The Last Airbender stands as Nickelodeon’s most creative and artistic show to date.

The story revolves around a young Airbender Aang, who is discovered by two Water Benders under ice. After being rescued, Aang sets off to rediscover the world and master all the 4 elements of Earth, Fire, Wind, and Water, and prevent the despotic Fire Nation from taking over the world.

With top-notch characters, animation, and humor the journey is filled with amazing adventures and growth which completely take in the audience.

Disturbed, crazy and lunatic are all appropriate terms to describe Invader ZIM, a 2001 Nickelodeon cartoon.

This fabulous tale follows the adventure of silly, incompetent alien called Zim who is sent to Earth by his peers from his planet Irk who are tired of dealing with him. On Earth, he tries to infiltrate and conquer the planet but is thwarted at every turn by his human adversary, Dib.

Invader ZIM was twisted, funny, and had an original direction. However, it was canceled after only 3 short seasons. But its legacy still lives on.

8. The Ren and Stimpy Show

Speaking of disturbed, The Ren and Stimpy Show is the toon you watch now as an adult and wonder how they were ever allowed to show this as a kids’ show.

The Ren and Stimpy Show involves a strong, hyperactive Chihuahua and a dumb, hair-brained Cat. These characters go through numerous crazy and sometimes revolting adventures. These episodes often made no sense and involved hairballs, live farts, eating dirt, and other disgusting instances. But it was that impulsive silliness that shot Ren and Stimpy to great heights on screen.

With top animation of that time, Jimmy Neutron follows the tale and adventures of a young boy named Jimmy. This show depicts Jimmy, his robot dog, Goddard and his diverse range of friends and family as they go through life in the small town of Retroville.

Jimmy Neutron happens to be a genius keeps inventing crazy items that often go awry and add trouble to his daily life. While dealing with his wild friends and family, Jimmy gets into crazy adventures around his inventions and troubles caused by them. This show has your stomach clutched in laughter at the scenes.

Surely, this is among the best Nickelodeon shows out there. This hilarious show is about a feline/canine CatDog. Created by Peter John Hannan, this show revolves around two brothers, Cat and Dog who are conjoined.

They share a single body with one head having Dog’s head, and the other having Cat’s head. Cat is deeply annoyed by Dog’s dumb personality and her stuck-up personality adds on to their little arguments. They live in a bona-and-fish-shaped house which is constantly the place for their weird situations.

CatDog came with innovative animation, subtle humor and multiple cringe moments. But what’s better than seeing two opposite personalities learning to tolerate and live with each other?

As Nickelodeons earliest created cartoons, Doug prods on the strange and weird phase of adolescence

In this Nicktoon, Doug, our beloved pre-teen, moves to a new town. Here, he faces the normal trials and hurdles that any 6th grader would at school, like dealing with his feelings about his crush, Patti, and frequent run-ins with the school bully, Roger and the assistant principal Lamar Bone. He keeps a diary, which narrates each episode and constantly daydreams that he is a superhero called Quailman.

Voiced by the famous voice acting legend, Billy West, Doug remains as a high standard by Nickelodeon in its amazing writing and animation. 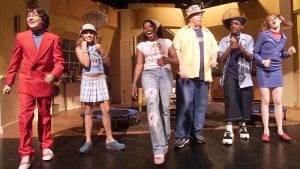 As one of the top live-action shows of Nickelodeon, it would be impossible not to mention it on this list. Featuring some of the most repeating characters, this show simply held a special place in everyone’s heart who watched it.

From Mitchell’s weird repairman-man who would break things more than he would fix, to Kenan’s “Everyday French with Pierre Escargot”, this show was one of the most hilarious sitcoms of all times. “All That” also created several celebrities from the cast members, most of them who got spin-off shows, like Kenan Thompson in Kenan and Kel, and Amanda Bynes in The Amanda Show.

This show involves the adventures of Danny Fenton, who was once a regular boy, but then accidentally played around in his parent’s ghost-hunting lab and ended up turning into a half-ghost.

Now, Danny rides on two worlds, one as a normal freshman at his school, and another as a heroic ghost-fighter with his ghostly superpowers. With the help of his best friends Tucker and Sam, he defeats the trouble-making ghosts and stumbles through his adolescent life.

This show was a welcome change from children shows to preteen humor and situations. 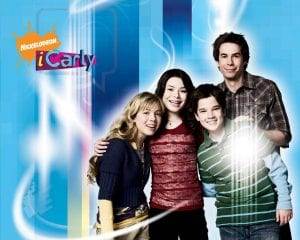 As one of the biggest American teen sitcoms that ran on Nickelodeon, iCarly was a favorite among the coming-of-age audience. iCarly stars some of the most famous casts, like Miranda Cosgrove and Jerry Trainor.

This show stars a teenager Carly Shay who hosts her web show, iCarly, with the help of her best friends, Sam Puckett and Freddie Benson. As events unravel in the pilot episode, we see her sudden rise to fame and her Web casts slowly featuring everything on their show.

The Trio then deal with fame and their adolescent age in this hilarious sitcom. 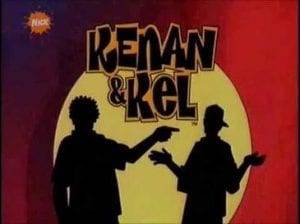 Another of the top Nickelodeon shows, in All That, this dynamic duo was given the sitcom that featured them as high school students who constantly found themselves in weird situations.

Kenan and Kel are two best friends, living in Chicago and often drowning under weird predicaments. From Kenan’s schemes of getting rich quickly to Kel’s clumsiness and weird fetish of orange soda, this sitcom received massive approval from the audience and quickly rose in its ranks.

These are our top 15 Nickelodeon shows that have won the heart of many. Of course, many classics were missed out, like Dora, the Explorer, Teenage Mutant Ninja Turtles, etc.

Let us know your favorite Nickelodeon cartoon and whether it has made the list or not!