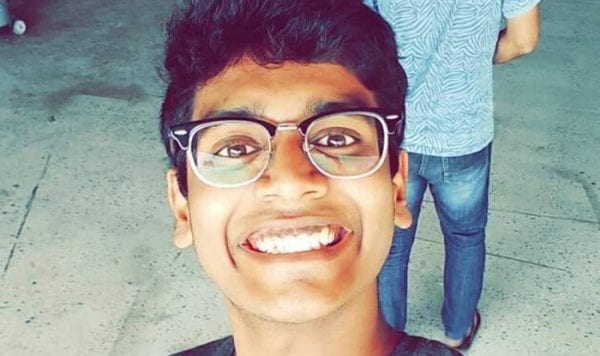 Arjun Bhardwaj, a 24-year old from Bangalore, shook the world of social media when he committed suicide soon after uploading a tutorial with directions on how to do it. Nobody had expected him to actually follow through and it is still quite a shock.

A student of Economics at Narsee Monjee Institute of Management Studies, Arjun checked into the 19th floor of a five-star hotel, Taj Lands End, in Bandra on April 2nd at around 6 pm under the name of Milind Mehra. He paid thousands but did not mention the duration of his stay. He shot the video which went along something like,

“Step 1, write notes to people…step 2, get drunk, Step 3…enjoy the view, Step 4…have bacon pasta….See you guys on the other side.”

He then spoke to his father for a couple of minutes. There is some discrepancy about what happened between this conversation and his ultimate leap. But what is known for sure is that he used a chair to break the window and jumped to his death. Suicide noted have been found scattered in his room- apologising to his parents and telling them that it was drug addiction that had led him to take this step. His father had reportedly talked to him a few days later when Arjun confided in him that he was suffering from depression, who had not expected the consequences to be so grave. He wrote:

This incident sparked off a debate about how depression is not treated as a mental illness in this country and how we need to step forward and help these people. It came too late for a certain Arjun Bhardwaj.

Social media created a controversy in itself when comments on news posts regarding this incident went out of hand. That too has created quite a stir about how insensitivity can harm people.

Someone just died and is this what you tell the world about him? There is just one reason that this is so infuriating- everyone can have their own opinions but the alleged cannot defend himself. Through this one comment, this man reduces awareness issues like depression and drug addiction to dust. The fact that he uploaded the video is just evidence of how narrow a ledge he was walking. His parents deserve consideration, but is it really fair to judge Arjun?

People have come out in his defence too, trying to shut down these trolls, but what is scary is what leads them to develop these ideas in the first place. The video is a testament to how damaged Arjun’s mental health was- if viewers saw it, it would make his death more real. Being a progressive age, there will be a lot people liable to make mistakes and we should focus on how to undo them instead of giving them a hard time about it. If we do not start taking steps from now, it will be too late.