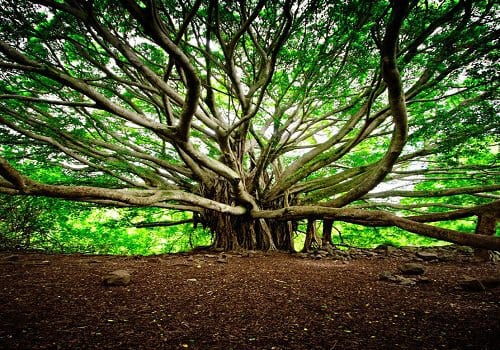 Tushar sat quietly in his room, staring out of the window. He got up and went into the living room, only to find it completely unoccupied.

As he came back to his bedroom and sat on a chair, he was honest enough, at least with himself, not to blame her.

He took a deep breath, wiped a tear and turned his gaze towards the banyan tree at a little distance. It was a spectacular tree, centuries-old, as his father and grandfather told him. He had known this tree for as long as he could remember. He recalled its size when he was young and the fact that he always admired how the tree never seemed to stop growing. Its branches spread out over vast distances, and when they extended too far, they dropped onto the ground.

The drop-roots then matured, rooting themselves deep into the ground, drawing nourishment and growing enough to form a complete new trunk. It was a single big tree when Tushar was born, and it still was, but now it was so massive that it almost seemed like a little jungle.

Tushar knew that everyone in his house and almost in the entire vicinity looked upon the grand banyan tree with utmost respect and devotion; a tree that gave all of itself to others. Innumerable plants and animals found shade under its protective cover. It remained firm and stable even in the most severe of storms. 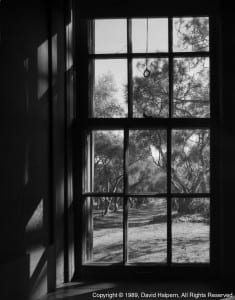 Demons from his past have haunted him for a long time now and having realized his mistake late in life, he carried this burden on himself. He remembered that dreadful day so clearly. It had been a long time ago, more than twenty years.

“And that’s how it’s done.” Tushar wrapped up his business speech with these words. The hall was immediately filled with cheers and claps.

Forty and on top of his game, Tushar was a successful businessman today. His company, started almost fifty years ago by his grandfather, was brought up by his father, but it looked its most glorious days under his vigilant and constant guidance.

Being the director of a major company in the city, Tushar usually went around many business trips. Shraddha, his wife, was the C.E.O of the company and looked after the business when Tushar was out of the city.

Once, Tushar was in Mumbai for one of his business trips, which was particularly important. So he had considered staying till it was completely finalized. The deal he was signing was the one with a transport company. The other company Mrs. Nandini Nilekan was a very ambitious woman who always put work ahead of everything, and this was probably why she was thirty-eight and single.

On the final day of the proceedings, after signing the official document, Tushar and Nandini talked about work-related stuff when things moved ahead to something that was not very work-realted. In the past 10-12 days that Tushar had been in Mumbai, he and Nandini had gotten really close, and they had managed to hit it off.

Since, Tushar was away for better part of an entire year on his business trips and supposed ones as well. He and Shraddha had grown a little distant. And Tushar’s new and increasing love for Nandini only made situations worse for him and his wife.

It had been a year now since that day when Tushar and Nandini signed that deal and finalized the contract. Both of them had grown intensely fond of each other. Whenever Tushar got time, he would fly to Mumbai to see the love of his life. Shraddha, still alien to all these events, did everything she had to, taking care of the business when her husband was away and a little household work.

It was a Sunday morning, and Tushar was at home; he was in the gym at his house when his phone started ringing. Shraddha heard it and called him out; he said, “Let it ring; I will call them later.”

The phone had been ringing continuously for quite some time now, and Shraddha was getting worried that it might be something important from work. As soon as she got up to see who’s calling, it stopped ringing. There was a text from someone named Nandini. The text read: ‘Need to see you immediately. I am coming to Delhi.’

Shraddha got a little suspicious. Seeing that her husband was still busy doing his workout, she took a quick look at some of the other messages in the same message thread. It didn’t take an Einstein’s mind to figure out that this Nandini and her Tushar had been dating behind her back.

As soon as Tushar walked into the living room, Shraddha asked him immediately, “Who’s Nandini?”

Tushar’s eyes widened as he sprang up to his feet with surprise; Shraddha was very stern in her voice. He said calmly, “Nandini, Nandini, who?”

“The one you have been going out with, that Nandini,” Shraddha said

‘What the hell are you saying?’

‘Don’t lie to me Tushar; I saw the texts in your phone, it wasn’t an awkward leap.’

She has got me. There’s no way out and with Nandini on her way to Delhi, the problem would get worse. I got to admit it.

‘Tell me honestly, how long have you two been seeing each other?’

Shraddha looked at him with disgust, turned around and walked out of the room. Tushar followed her into their bedroom. She sat down at a corner of the room; Tushar stared hard at her.

Maybe work had taken its toll on me, and that’s probably the only reason she and I have grown so distant. Maybe, if we had a kid to share our love and shower our love on, things might have been different.

Tushar went up to her and turned her face towards him; she was crying. He tried to console her but she was in no mood to listen to him; and why would she be. Tushar went down on one knee and said, “I am sorry, darling. I know you’re hurt, and you have every right to be mad at me.”

‘Get away from me; don’t talk,’ said Shraddha.

Tushar knew that what he’d done is completely unacceptable to anybody, let alone his wife. But, both of them were failing miserably at every attempt to make the marriage work, and when he met Nandini, they just managed to get along and very smoothly too. 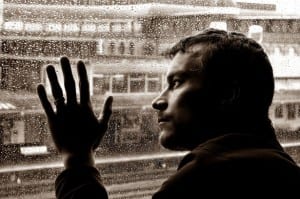 He was sitting close to her when she got up and sat on the living room couch. She just wanted to be left alone.

She couldn’t express the disgust she felt in words. Tushar approached her again, but she had no intention of desecrating her ears by listening to him.

Tushar’s eyes were stuck upon her. He couldn’t even muster the courage to speak now, even if it was to apologize for all that he’d done. 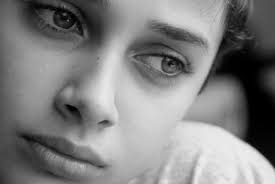 A few hours later, she got up and stormed into the bedroom. She took a suitcase from under the bed and started throwing clothes at it frantically. In the process, Tushar tried to reason with her. But, she was in no mood to listen to anyone at that time.

A week later, Tushar helplessly saw all of her stuff being packed and ready to be moved to her parent’s house.

The sound of the fluttering curtain broke his train of thought, bringing Tushar back to the present from that distant memory.

Tushar clenched his jaw and looked out of the window. He stared at the banyan tree in the distance, tears streaming down his face.

The tree shook a little, and its leaves ruffled dramatically with the strong wind. It appeared as if the tree was laughing at him.