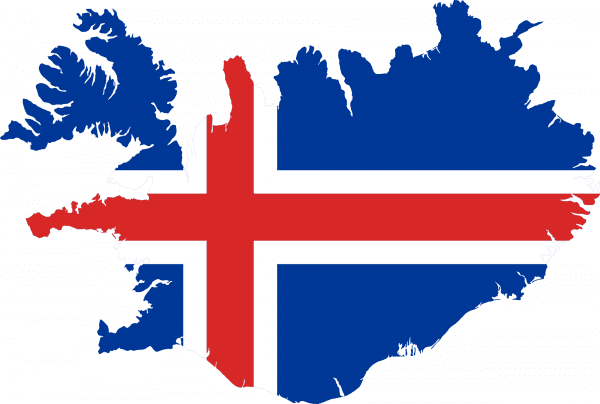 Iceland, a tiny island-country with about 360,000, has always been a source of intrigue for foreigners, but nothing more so than their names. Icelandic names are peculiar-looking to people unfamiliar with the Icelandic language. They are often long and seemingly unpronounceable, containing a jumble of different alphabets, which resemble a complicated password.

However, Icelandic names are nuanced and rich with Icelandic history and heritage. They are an important part of the Icelandic culture and are a pride of the people. Read on to know more about them!

What is Unique About Icelandic Surnames?

Iceland follows a naming system that is different from much of the world. There are no family names in the Icelandic naming system (or traditional surnames as we know them). Instead, the Icelandic people take a patronymic (or, sometimes, matronymic) name as a second name. These second names denote the father (or mother) of the person and not the family lineage.

This naming system was actually used all over the Nordic world (except Finland, to some extent). However, all the Nordic countries abandoned this procedure except Iceland, who have fiercely guarded their naming tradition with modernization.

Most Icelandic citizens take up their father’s name as part of their family names, following the Nordic naming traditions. However, sometimes people may choose to take up their mother’s name instead (matronymic name), especially when they want to cut off ties with the person.

Since the rise of the feminism movement in the last 100 years, females have become common for females to take up their mother’s names as a style statement or a political statement.

Although this is not very common, sometimes Icelandic people may choose to have their father’s name (patronym) and mother’s name (matronym) as a part of their name. An example is the name of the mayor of Reykjavík city, Dagur Bergþóruson Eggertsson (meaning, Dagur, the son of Bergþóra and Eggert).

Although this tradition has mostly gone out of style, once it was common for people to take up their grandfather’s name (avonymic name) as a part of their name, this was mainly done to differentiate between people when two people in the same social group had the same full name (first and last name).

For example, the name Páll Jónsson Mattíasson means (Páll, the son of Jón, the son of Mattías). Here, Mattías is the grandfather’s name, which is used to distinguish the person’s name.

This practice is rarely used now and has been replaced by middle names.

Family names, although uncommon, exist in Iceland. They function in the same way as traditional surnames in the Western world. About 4% of the Icelandic population has a family name.

There are several origins for the Icelandic family names. As foreign merchants, mostly Danish, settled in Iceland, they brought over their family names. Another source of new family names was the Icelandic people who lived abroad, mainly to study, and slightly changed their surnames to assimilate in their country of residence. These people passed on their changed family names to their offspring. For example, the legendary Icelandic footballer Eiður Guðjohnsen’s surname is a modification of the Icelandic surname Guðjónsson.

Before 1925, the Icelandic law allowed its citizens to adopt new family names. Taking advantage of this law, Nobel laureate Halldór Guðjónsson changed his name to Halldór Kiljan Laxness. However, this law was amended in 1925, which prohibited Icelanders to take up family names unless they have a legal right to inherit the surname.

This is a new tradition that has come up in the Icelandic society. After a 2019 amendment to the Icelandic naming laws, the Icelandic children registered as “non-binary gender” could use the gender-neutral suffix -bur (meaning, son of) as part of their surnames instead of -son or -dóttir.

What is Unique About Icelandic Given Names?

Much like its surnames, Icelandic given names are also full of heritage and tradition and follow a strict set of rules that govern their usage. Before we dive into the meaning of the names, let us look at Icelandic names’ history.

The Icelandic sagas and other historical documents like the Icelandic Book of Settlements (Landnáma) give us an insight into the early history of Iceland since the 9th century.

Ever since the Nordic settlers came and settled in Iceland, they brought over their names with them. In fact, many of these original Nordic names are still in popular use in Iceland. One such example is Ingólfr Arnarson, who is credited as the first permanent settler in Iceland and the founder of the Reykjavík city.

Some of the earliest Icelandic names include Flóki (male), Helgi (male), Auður (female), and Hallberg (female).

Most of the present Icelandic names originate from other Scandinavian countries. They were brought to Iceland by settlers from mainly Norway and sometimes from Denmark, Sweden, and other eastern-Nordic countries.

These names have a shared linguistic heritage with the Germanic group of languages. Therefore, traditional Icelandic names might resemble other German or English names, although significant spelling changes.

While the Nordic people came to Iceland, they would often kidnap Celtic women from Scotland and Ireland and bring them over as slaves. This brought a host of Celtic names into the Icelandic naming system too.

A lot of the Icelandic names also originates from the Norse mythology. Prior to Christianity in Iceland, the Nordic Pagan religion was a major religion. People would often use the names of mythological figures as suffixes or prefixes to their names. The most common of them was Þór (based on the Nordic thunder-god Thor).

The advent of Christianity as the official religion of Iceland in 1000 AD had two effects. Now that people no longer worshipped the Nordic gods, the people started taking on Nordic gods’ names as given names. Freyja, Sif, Óðinn, Loki, and Þór became common Icelandic names.

Another change was that Icelandic people started taking names with biblical origins. Names like Kristján (Christian) and Kristín (Christina) became common. In fact, it became common to use the word Krist- (meaning, Christ) and Guð- (God) as prefixes to names. Biblical names like Rakel (Rachel, female) and Pétur (Peter, male) became popular, as did other names like Guðleifur (male) and Guðfinna (female).

There are other influences in the Icelandic naming system. For example, as the Icelanders traveled to other parts of Europe and came in contact with the royal families, they started taking royal names for themselves. Therefore, since the mid-15th and 16th centuries, names like Anna and Elísabet (Elisabeth) became popular.

Names that can be truly called Icelandic have been formed in recent years from the Icelandic vocabulary, like Stormur (meaning, storm).

All Icelandic names are gendered, i.e., they are means specifically for either males or females.

Names that are non-gendered or cross-gendered were initially not allowed. However, after the 2019 amendments to the personal naming laws in Iceland, given names no longer needed gender-conforming.

There are about 3 names in the Icelandic language used for both genders; the rest is unique.

Until the 18th century, it was scarce for Icelanders to have over one first name. There are very few instances of multiple given names in the Icelandic Sagas. Icelanders carried just one name other than their surname.

However, since the beginning of the 19th century, Icelanders have carried over one first name. This custom was actually imported from Denmark, where it was common for people to have two given names.

As of 2007, over 80% of Icelandic citizens registered with Statistics Iceland had over one name.

Multiple first names (and middle names) are usually used to separate a person’s identity. This is useful if there is a person with the same name or if the person is named after his father (in which case, the first name and surname will be similar-sounding).

Among the three names that are allowed other than the last name in Iceland, only one can be a middle name. However, a middle name can never be the same as the given name.

In fact, there is a separate registry for acceptable Icelandic middle names. These names cannot be used as first names. Some common examples of middle names in Iceland are Ragnar, Arnfjörð, Fossberg, Hlíðkvist, and Vídalín.

Middle names are not very common in Iceland, though they are often used as a nickname or indicate a person’s family heritage or origin.

Iceland’s unique thing is that they have a separate committee set up to regulate the naming of Icelandic children, known as the Icelandic Naming Committee.

Known locally as Mannanafnanefnd (meaning, the Personal Names Committee), it decides which set of names are appropriate for name Icelandic citizens. It was established in 1991 and is made up of three people. These people have a term limit of four years.

The Icelandic naming laws are very stringent and strict, partly because names are an intrinsic part of Icelandic culture and heritage. The Naming Committee is in charge of every single name that is allowed for use. All the names approved by the Committee and can be used are available in an that anyone can view.

Names that have previously never been used in Iceland can be used only after the Committee accepts them. However, there are many criteria that the name must fulfill to be approved. The criteria include:

However, certain exceptions can be made. Non-Icelandic letters are sometimes allowed if it can be proved that the name’s particular form is a part of the Icelandic tradition. For example, the Committee has approved names containing the letters C, W, and Z, despite them not appearing in the Icelandic alphabet system.

If the person has at least one foreign parent, they can have one name that does not conform to the Icelandic naming customs.

Now that we have learned a little about Icelandic names, we can understand the value that they hold to the Icelandic people and its rich cultural heritage. Icelandic names are as intriguing as its hot water geysers and its beautiful flora and fauna. In fact, some might even consider naming their child using an Icelandic name!

And, just for fun, you might even make your own Icelandic name! Just change your surname by taking your father or mother’s name and putting -son or -dóttir in front of it. Then remove any Z, Q, C, and W from your name, and, behold, you have your Icelandic name!

Some Not-So-Common Indian Names and their Meanings!