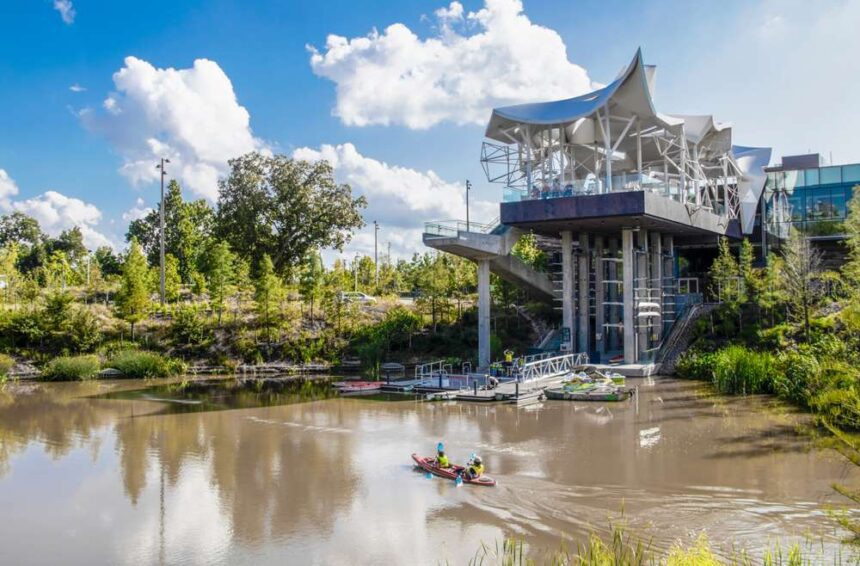 What Is a Gathering Place?

A gathering place is any public space where communities can assemble in large numbers. Owing to its inclusive nature, gathering places not only celebrate the power of a community but also, persist in making it even stronger. This is no mean feat, so how exactly is it achieved?

The answer is quite simple. It lies in keeping in touch with the key values of a gathering place, i.e., recognizing the strength of every individual in a community, building trust between members of the community, and simultaneously offering unconditional respect and acceptance.

Where Is the Best Location for a Gathering Place?

Let me apprise you of some such gathering places, namely— London’s Trafalgar Square, Stonehenge of Ancient Greece, and New York City’s Central Park. O’ahu, the most populated of the Hawaiian Islands, is often called— ‘The Gathering Place.’

What Is the Philosophy Behind a Gathering Place?

A Gathering Place acknowledges and upholds the fundamental value and dignity of every individual, thus creating an environment that embraces diversity in— ethnicity, orientation, and tradition.

The Gathering Place at Denver was founded in 1986. A free of cost daytime drop-in center, it aids women, children, and transgender individuals facing poverty or homelessness.

The Gathering Place at Ohio is also egalitarian, as it offers free services to families to help cope with the stress and fear of cancer via virtual programs, thus, reducing the impact cancer has on everyone’s lives.

The Gathering Place at Brunswick, Georgia, is an organization dedicated to student leadership development. It was founded by the combined efforts of families, foundations, businesses, and local churches in 1981 to serve the youth of the southeast. The aim is to raise strong Christian leaders who will have an impact on their communities, and through it, the world as well.

At a special kind of gathering place, the community is not only a concept but also a way of doing ethical business. Here, complete personalized support and information-based education are offered to families throughout pregnancy and during the postpartum phase as well as in the early stage of parenting!

Next, we have The Gathering Place at Tulsa. The architect Michael Van Valkenburg began construction in September 2014 with the Olmsted-styled transformation of the central city to The Gathering Place, which became another example of well to do citizens reforming cities through projects that are perceived to be in the welfare of the society. Let us know more about this famous park.

One of a Kind: The Gathering Place at Tulsa, Oklahoma

An amazing world-class park along the Arkansas River, The Gathering place at Tulsa, in the state of Oklahoma engages, excites, and educates people of all ages and tastes. The official page of the park gives us a complete tour of the facilities, and we can also see the accolades that it has won. Here are a few awards that this landmark has won!

What Attracts People to The Gathering Place at Oklahoma?

Apart from a great view, the landmark promises great cleanliness and space, so much that even in large crowds, it doesn’t feel crowded. The place definitely has been built with brilliant imagination and innovation in design. Families won’t be disappointed and can easily spend hours together, playing and enjoying one another’s company.

In addition, it hosts numerous kinds of public programs ranging from family nature walks to Zumba classes, all thanks to a $100 million grant.

Designed in a way that accessibility is prioritized— The Gathering Place is Americans with Disability Act (ADA­) compliant. One will be pleased to learn that it also has desensitization areas tailor-made to the needs of persons on the autism spectrum.

The Mission of the Gathering Place

The original idea was of connecting Okies from all over Tulsa, and it displays itself strikingly when one looks around the diverse ethnicity and language of the park-goers. The mission was to provide a public space where people from all walks of life can play, explore, and learn together as one. After all, its motto is #TulsaTogether!

The second-largest city in the state of Oklahoma, Tulsa, is warm in the summers as temperatures reach the early 90’s. The city is a nature lover’s dream come true. It offers expansive outdoor spaces, namely— Tulsa’s River Parks, Turkey Mountain Urban Wilderness Area, and The Gathering Place.

Why Named ‘The Gathering Place’?

Philanthropist George B. Kaiser, a progressive democrat, ergo led the foundation of this waterfront project. The hope was to help unite his hometown of Tulsa that had witnessed a history of struggle with segregation.

George Kaiser Family Foundation collaborated with NYC-based renowned landscape architect Michael Van Valkenburg, and numerous corporate and community philanthropists, to result in a $350 million public-private partnership in one of the largest gifts to a public park in U.S. history.

Ownership of the Gathering Place has been gifted to the Tulsa River Parks Authority, an agency that maintains public riverfront parks. A foundation subsidiary is accountable for the functioning of the park for the next 99 years.

So, what personally prompted Mr. Kaiser, who has a net worth estimated at $7.9 billion from oil, banking, and other investments, to lead this foundation? It was his own experience in life. Born in a Jewish refugee family, he had to flee Nazi Germany.

In addition, he signed the “Giving Pledge” started by Warren Buffett and Bill & Melinda Gates that pledges billionaires to donate half their assets in philanthropic activities. In lieu of this, he has given away more than a billion dollars in the last decade for the same! He remains humble and dedicated to the cause and says about Tulsa:

“We got more and more divided over time by geography, race, and class, so getting people together is step number one.”

What Did the Gathering Place Help Achieve?

It is for one and all to see the success of the Gathering Place in bringing families together and helping restore a city which has seen inequality in the past. Such a reformation is welcome in the wake of neighborhoods that face poverty, health discrepancies, and isolation due to urbanization.

The Gathering Place for Tulsa is estimated to attract more than one million visitors annually not only because it provides park-goers a space to relax, play, and gather for community events, but also due to the fact that it is home to 6000 trees, 400 plant species, a 3-acre pond, 11 different ecosystems and 20,000 tons of rocks over its 100 acres of land. What a wonderful contribution to the ecosystem!

Apart from the great lawn and flora, we have varied fauna as well. Living creatures that call the Gathering place their home include— Great Blue Heron, squirrel, turtle, dragonfly, bat, owl, frog, fish, snake, duck, butterfly, goose, and firefly. One can take a bird watching experience to the next level!

The Gathering Place was based on the idea of learning through play. Playing and climbing areas are present here, for all ages, even for grandparents. There are numerous activities to allow the kids as well as the adults to burn those stubborn calories.

What is endearing is that, instead of putting a fence around and charging for admission, these areas too are open to one and all. Jaw-dropping facilities, including something for everyone, is the main attraction. Family activities are such that apart from having fun, they spark one’s critical thinking and observational skills. One can develop an eye for details.

Staff members of the Gathering Place are everywhere and approachable if one needs their assistance, but they are never in the way of ruining the fun. They can be seen cleaning, working on the landscaping, and other background things that one almost doesn’t notice. Their hard work, coupled with that of the Executive Director, is what makes the Gathering Place what it is to a large extent.

A monthly activity for kids known as the ‘color scavenger hunt’ is an innovative way to get outside as a family for collecting interesting pieces of nature and painting. It goes without saying that kids of all ages love painting and should be encouraged in the endeavor.

The Gathering Place also organizes numerous drives and fundraisers to create awareness for various causes. These include the Back to School Donation Supply Drive and Hunger Actions Day.

At the gathering place, it is believed that music brings people of all walks of life together. From discovering hidden musical instruments and learning through play using guides, music is a major part of the gathering place experience. The park has, in fact, released a music video of its own.

The new “What Kind of World” music video released by the Gathering Place aims to inspire children as well as adults to seek a world of hope during challenging times. We live in an uncertain world. The only way to remain hopeful is through the voices of our children. It is through children that we get to impact a world of hope and a world of change.

When the whole world is facing climate change and the consequent health hazards, cities that are truly prepared to face such fluctuations are those that have sustained their parks. The increase in population followed by urbanization has led to massive deforestation and lingering health predicaments.

Despite it all, even in challenging times, there are still moments of joy and growth to appreciate. It’s a reminder for every individual to step back and take it all in. This has led people to rely on parks such as the Gathering Place for open-air respite. Hence, we see that cities have witnessed a sudden surge in public park usage.

Truly, at the Gathering Place, smiles are born. Why not? As such, places remind one of the simple joys of life— family, friends, nature, and play. It gifts each one precious time to talk, enjoy, read, play, and sing, giving hope to one another that they will get through it all, come what may.

In the words of the song of the park, we can summarize the Gathering Place: “Take me to a place where people gather as one, a place of hope, a place of fun!”

Shafia September 24, 2020
Share this Article
Facebook TwitterEmail Print
What do you think?
Love0
Sad0
Happy0
Sleepy0
Angry0
Dead0
Wink0
Posted by Shafia
Shafia likes to sleep, eat, and read - in that order. She prefers her jokes lame and food interesting. She is still waiting for that Hogwarts letter.
Leave a comment Leave a comment