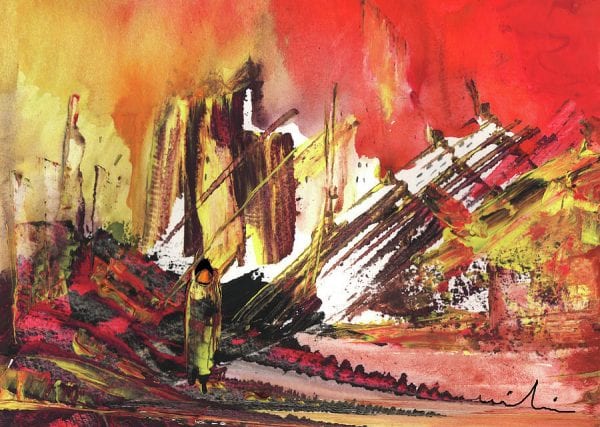 Preeti sighed as the ground lurched violently under her feet once again. The man was a veritable nuisance.

“Oh no, not those,” she repeated with slight irritation in her voice. “The white ones. They’re crunchier. I told you, didn’t I?”

“Are you suicidal?” the man growled, frustrated. “This building will collapse any second now, and you’ll die, taking me with you!” he spat.

Preeti sighed again. “You do realize that we are surrounded by multi-storied apartments on both sides of the road, right?” she asked with forced patience. “It’s not like getting out of this building is gonna save your ass if things decide to start toppling over. What’s indoors or out to a corpse? I’d as soon die in a hotel lobby eating white chocolate as running about aimlessly on overcrowded streets.” 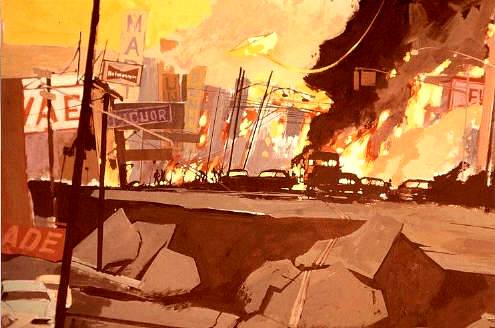 For a moment, the hapless shopkeeper stared at Preeti, open-mouthed, as if she were insane; and if Preeti was entirely honest with herself, she wasn’t all that sure that she wasn’t. Then, with a heavenward gesture of surrender, the stocky, balding man threw a fistful of beautifully wrapped confectionaries in her direction before jumping haphazardly over the counter and making a beeline for the main gates as fast as his rather stubby legs would carry him.

“Stay close to the pillars,” Preeti advised over her shoulder, already sucking on one of the mouth-watering delicacies, as she jumped lightly over the counter that the shopkeeper had just deserted, throwing herself into his cushy chair, surrounded by candy.

“And try not to die in the stampede,” she added as an afterthought as another hoard of disoriented and scrambling bodies fought to get through the now congested gates. Honestly, they kept coming like a swarm of really annoying locusts.

She sighed and bit delicately into the core of a Ferrero Rocher, all thoughts of annoying tourists fleeing her mind as the delectable flavors of molten chocolate flooded her senses. “Mmm…” she moaned almost obscenely, although thankfully, the sound was drowned out by the sounds of cutlery crashing to the floor as another violent tremor shook the earth. Preeti barely just managed to keep her own chair steady.

“The hell!” Preeti cursed as surprise caused her to lose her grip on the other half of the confectionary, causing it to drop to the floor and roll into an obscure corner. “Damn it!” she grits out, reaching for another one and unwrapping it carefully. Oh well, she mused philosophically as more people ran about in the lawn, screaming hysterically. She was in a candy shop, after all. It wasn’t as though she were ever going to run out of candy.

“You shouldn’t be sitting here all alone, you know,” a voice informed her conversationally from somewhere near the staircase leading up to the rooms. Preeti did not bother turning around. “It seems like a strong one. You could get hurt.”

“Yes, because running around like intoxicated puppies are doing them a fat lot of good,” Preeti retorted testily, jerking her chin towards the guests visible right outside the glass window, most of whom were still flailing about rather haphazardly. When the voice said nothing, she sighed. She’d been having a long day, sure; some idiot kid had puked on the pristine hotel sheets. And the ground trying to tear itself apart and driving the silly people nuts wasn’t helping either. But none of that was his fault, and there was no point in taking it out on the poor guy.

“Whaddya want, Jijo?” she inquired finally, swallowing the residual chocolate in her mouth with a soft murmur of satisfaction.

“The walls are gonna cave in soon, you know,” her brother said with an exasperated shake of his head, hands tucked firmly into the pockets of his pleated uniform trousers like they always used to be. “So if you’re not gonna make yourself useful, you might as well clamber under the counter and stay put until this thing blows over.” Even as he said it, long, thin cracks appeared across the ceiling as the ground gave another heaving jerk, almost throwing Preeti off her precarious perch on the chair.

“I’m not a rat,” she spat irritably. “Rats hide under furniture.”

Her brother raised a brow, his expression neutral even as his eyes shone with barely concealed amusement.

“Then go up there,” he said, gesturing up the stairs with a dismissive flick of his fingers before stepping aside lightly to avoid a falling chunk of concrete. “Somebody’s stuck on the third floor. A kid, I think. You saw him this morning. He was sick. He still is, by the looks of it.”

“The pukey kid? Seriously?” Preeti sighed miserably, stuffing another toffee into her mouth before looking upwards dejectedly. “Of all the awesomely heroic things I could be doing right now, you want me to get drenched in puke?” she grumbled around a mouthful of melting white chocolate, even as she got to her feet, stuffing fistfuls of sweets into her pockets. 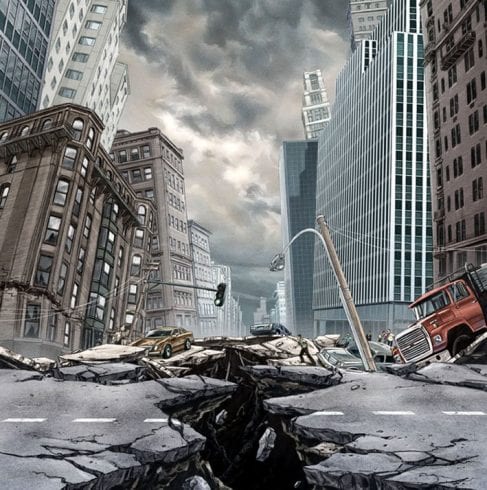 Jijo chuckled softly, and the sound was almost lost in the din of crashing concrete coming from somewhere upstairs. “Well, somebody’s gotta save their asses, haven’t they?” he grinned, leaning casually against the banister.

“You tried,” Preeti muttered, an irrational bout of irritation surging up her veins, even as she tried desperately to keep her eyes fixed on the chocolate she was unwrapping, to not look up at the mangled and bloodied form of her handsome brother. “a fat lot of good it did you.”

“Ah, but that’s the point,” Jijo replied, his voice warm and full of its usual mischief. When she finally looked up, his form was faded, almost translucent, but still distinctly him, the annoying older brother she’s known all her life. He hadn’t turned into the broken, mangled, bloodied thing that was usually all that was left at the end of these visions. “I miss you, little sis,” he smiled before vanishing like a wisp of smoke in the foggy mountain air.

Preeti sighed, popping one last candy bar into her mouth as she ran up the stairs, taking them two at a time.

Oh well, there were worse ways to go than with a tummy full of chocolates, she supposed.