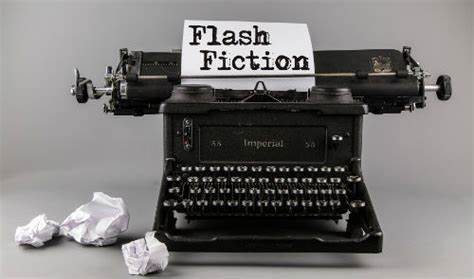 A flash fiction, infamous words, is a short story that is usually less than 1000 words and sometimes might be of 1500 words. A flash fiction in its compact form, allows proper character development and plot unfolding.

Some other types of it are the six-word story, twitterature or the 280-word story, a dribble which is also known as a minisaga comprising of 50 words, the drabble, which is popularly known as microfiction and consists of 100 words, a sudden fiction of 750 words and the flash fiction or micro-story which has a word count of 1,000 words.

The history of flash fiction stories goes back a long time. In prehistoric times, fables were the earliest forms of flash fiction. There was the widely popular and even relevant today Aesop’s Fables in the west, the Panchatantra that is extremely popular among people of all ages, especially kids, and even the Jataka Tales in South Asia. 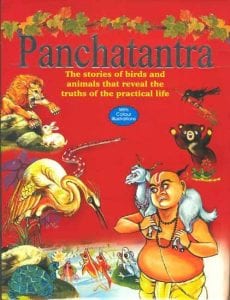 10. The School by Donald Barthelme

Donald Barthelme was a viral American short story writer who was mainly known for his surrealistic style of writing. He has written over 100 flash fictions and is a significant impact in the field of flash fiction. The School was first published in 1974 in The New Yorker.

It’s such a story that has gradual but steady plot development and starts with a prevalent scenario, i.e., a failed classroom gardening project. It leads to much more hilarious situations as the story progresses. Barthelme uses a conversational tone while narrating these incidents, and that’s what makes it even funnier.

You might think it’s a familiar story in the beginning, but slowly it asks more profound and existential crisis questions and makes the aura grim.

This incredible piece of flash fiction presents before us the impossible standards that society has put on women to be presentable in the eyes of men.

Girl is written in a 650-word dialogue form and shows the advice that a daughter gets from her mother. She goes on, reminding her about the things that she should do in life to be a respectable perfect woman and not a slut. She tells her about the duties of a woman’s life to her family and the man in the family.

The tone seems like the mother is bent on passing the information that she learned from her mother to her daughter. Like all her other works, Kincaid’s short piece of fiction is based on her relationship with her mother.

This 2015 Barthelme Prize-winning flash fiction is very quirky and oddly funny. It’s based on a weird dystopian world where people can order their clones of Taylor Swift just as they want.

So, people go on ordering Taylor Swift clones and use them for their benefits like for domestic help, some for sex, and some just for the sake of live entertainment.

It is understood from this unusual literary piece that how someone markets themselves and to what extent they can do it. The people in the story were initially happy with their own Taylor Swifts, but gradually they start becoming jealous of the ones that were owned by their friends or neighbors.

This is an eye-opening piece of fiction about something authentic, and that is how far we are going to go to change ourselves from person to product.

This piece of heartwarming flash fiction is a coming of age tale. It’s a story that is written in flashbacks about the narrator and a very close friend of hers, Ramona. The story goes steadily until Ramona reveals that she could bring her heart out of her body and stick it to her chest and make it lie there.

This incident is a little secret between Ramona and our narrator. The narrator tries her best to tell tales about her small doings, but nothing could ever top that of Ramona taking her heart out, and although she reminisces about the lost times with her, we can see a spark of envy here.

The final revelation that Ramona was a depressed child makes us rethink whether all these were just a hallucination of an eleven-year-old girl. The story is not about what was done or what could be done; rather, it is about what has been lost forever and all the unsaid goodbyes.

This little piece of flash fiction is told from the views of a child who has a feeling that her aunt might be involved in some witchcraft.

There are many approaches to this story, and one of them is the fear of the unknown. Throughout the centuries, many cultures have believed the existence of witches and all things evil. At the very first sight of anything like it, they have outcast and killed people, especially women.

Besides that, the story is about the different kinds of experiences that we gather as a child and some to our young minds, which might seem odd. We gradually figure out that our parents are not the perfect beings that we thought they were, and that confuses us, and we might lose ourselves in our thoughts, thinking that no one can help us.

This excellent piece of flash fiction, which comprises only 488 words, is divided into three parts; area studies, women’s studies, and visual studies. Each part contains specific pieces of belongings that used to belong to her mother.

There were two handkerchiefs that have a map of British East Africa, a place that no longer exists today, a piece of beautiful embroidery, and her mother’s cat eyeglasses.

These elements may seem very trivial to the reader, but the way it is written tells a heart-wrenching story of what’s gone forever, and it is just the memories now that will remain. Many things seem like they are not expressed, but sorrow can be felt while reading it.

Baby Dolls is of just 174 words that seem innocent and disturbing at the same time. The narrator, in this short piece of prose, expresses the circumstances on which she was born.

She talks of her mother and compares her to Raggedy Ann, which is a rag doll cartoon with red yarn hair and a triangle nose illustrated for children mainly.

The narrator feels sorry and also disappointed with her mother’s plight, and in this poetic piece of prose, she brings before us the story of her loyal mother and the hopeless condition in which she gave birth to her at a party.

3. The Wife on Ambien by Ed Park

This anaphoric work of flash fiction is about 1027 words long and is funny and sad.

Ed Park describes in his words about the wife, who is on Ambien, which is a sedative, and all her daily activities and everything that she does in a hypnotic stage. She cooks, she goes to spin classes, she recites poetry by T.S. Eliot, takes her vitamins, and she does a whole bunch of other mundane things.

The writing style makes us feel sympathetic to the wife as she goes on to the extent of ordering Ambien on Amazon. Maybe she is on Ambien on her own choice because she cannot bear the same things that she has to do in her everyday life.

But the last few lines reveal a secret, and the readers are left to think about the stability of the narrator and the existence of the wife on Ambien.

This concise piece of flash fiction, which is just about 100 words, might be one of the best short fiction ever written.

It gives us an insight into the concept of as the story is just a few phrases about a particular person who is lost in a foreign land and is trying his best to know where he is going and how to get out of this unknown place.

The person helplessly looks for aid and on seeing a person in a uniform, goes up to him for assistance. But even he couldn’t help this outlandish being. In the end, he understands that he has no option but to be stuck in this abyss.

1. A Haunted House by Virginia Woolf

It is a short story of 710 words, which can or cannot be deemed as a ghost story. The narrator tells the experiences that she and her partner faced while living in a haunted house. Besides the usual, they could also find the signs of a ghostly couple living in that house too.

She could hear them moving around in the house together, maybe looking for something but never revealing themselves. At last, she understands that the thing that they are looking for is the light in the heart.

This story is in a prose poem mode, and it is about the eerie feeling inside us when we can’t figure out what’s going wrong.