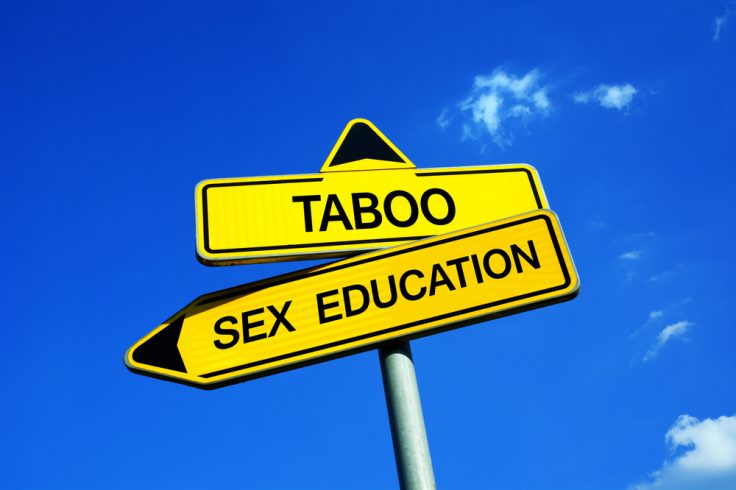 If you look at the history of the world with scrutiny, you will notice how sex has become a taboo over the years. The Sex Taboo, first man, Adam, was said to have been blessed with much happiness and the gift to multiply. But the fateful event resulted in the fall of man, which turned sex into a sin.

Eve- the woman considered responsible for the fall, and every woman have since then been blamed for luring men into cardinal pleasures. The Catholic Church, over the centuries, had forbidden the activity, and celibacy was held in high regard.

Such references are easy to find in many literary texts, like Geoffery Chaucer’s ‘The Canterbury Tales and many sacred texts of the monotheistic religions. If there were to be intercourse, it had to be for the sole purpose of recreation. Abstinence from pleasure was a must, overindulgence- a cardinal sin.

Most schools skip through the chapter on reproduction causing many students to remain ignorant. Even the word itself has raised many eyebrows in question and indignation. Parents shy away from the topic, and the questions remain unanswered.

The curiosity then is satisfied through the act itself, which is shunned by society. The public remains unenlightened about sexually transmitted diseases, and 16% of the people die due to diseases like syphilis, gonorrhea, chlamydia, AIDS, and the like. How many households do you think you can say the word out loud?

Society first condemns sex, and then it condemns abortion, artificial insemination, and every pragmatic approach to birth control and issues related to sex. In countries like India, arranged marriages are the norm.

Sex, when practiced within the societal norms, is not taboo. Society teaches us to refrain from “such activities” throughout our lives, and one day, after some rituals, one is supposed to sleep with a stranger! I am amazed at how our society functions, at how our virginity is put up for buying in the form of a beautiful, young bride.

There are numerous reasons why sex is essential and is surprising that sex taboo is still prevalent both biologically and spiritually. It is the means of reproduction and acts as a stress buster. It releases more oxytocin, and estrogen and balances the body’s hormones. Doctors advise sex for a healthier and happier marriage. Psychoanalysts and Psychologists are sure that many answers to essential issues lie in sex.

Moreover, sex is more than just a physical act. When the religions preach unanimity, the nations propagate unity, and why should one stop at sex when it is the most practical experience of oneness.

——————
Support by liking us on www.facebook.com/icytalestoday