The Top Contenders Against Donald Trump in 2020 Elections 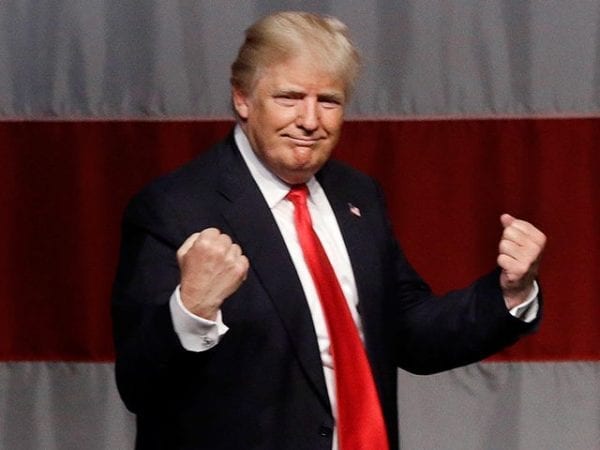 Wondering who are the top Contenders against Donald Trump in 2020 elections?

WE are just one and a half year away from elections, and, well Trump has already raised more than 100 million dollars for the 2020 presidential elections, but fortunately or unfortunately, there had been a lot of turmoil in the political history of US, during his time, leaving him highly unlikeable in the eyes of the public. The upcoming Presidential election have been scheduled to be held on Tuesday, November 3, 2020, and the results will be declared on Jan 20, 2021.

So who are the candidates who might dethrone him or give a tough battle in the upcoming elections? Let’s have a look.

He is one of the major contenders against Trump for the 2020 elections. He expressed his disregard against Congress for focusing on Trump and Mueller, and not taking care about Health Care, or to ensure Americans live better with a rise in the minimum wage. Sanders also talks about why there is a need to combat climate change, sexism, and racism in the country, as well as stop homophobia.

His opinion about Trump was him being rather outrageous, as he further elaborated that Trump should “ think twice about being the President” as it’s hard for him to tolerate criticism.

A Democrat from Massachusetts, the U.S senator is one of the members of the independent organization, National Bankruptcy Conference. The purpose of this organization is to advise the U.S Congress about the laws of Bankruptcy.

She is well – known, has a distinguished persona, and the top choice among the primary Democratic voters. At this point of time, a good name matters, and saying by the polls, she stands third in the game, right now, after Bernie Sanders and Joe Biden.

The former member of Navy Reserve is the first Gay Democratic candidate running for the President. He has made Technology and Education the center of his campaign, which is mostly those which he implemented earlier as a mayor. He also founded “ Medicare for all Who want it “, and is one of the most progressive candidates, given his Christian beliefs and also being a gay. But as seen, his opinions seem to be on many, but without the actual details of how they are going to be implemented, which may lead to disbelief in the eyes of his voters.

He is the front- runner among the Democratic presidential candidates, who recently has been talked about expressing his grief, for the tragic death of six children under the US custody at the border. In his own words,

“It’s unacceptable. It’s not who we are. And silence is complicity,”

Biden’s statement will definitely hold a value for his upcoming Presidential campaign, as a danger to the values of the most important country. Expressing his feelings, he said,

“ If we give Donald Trump eight years in the White House, he will forever and fundamentally alter the character of this nation, who we are and I cannot stand by and watch that happen”.

The former First Lady of the United States, 67th United States Secretary of State from 2009 to 2013 and also someone who holds a series of affiliations, stated she doesn’t want to go in for another Presidential run. However, many still believe she can be the major contenders among the other dozen candidates. Taking a lesson from the failure of her 2016 presidential election, she may come out with a different campaign. By the say of experts, the reason was what is called, “identity politics”, that is appealing only to a certain fragment of the society, leaving behind the masses.

According to CNN politics, recently, she warned the  Democratic Candidates against the Russian interference, via fake social media posts and trolls. Besides being a politician, and a lawyer, public speaker, diplomat, she also addressed the recent abortion bans and called out everybody to stand up for women’s rights.

The now 44-year-old was one of the youngest members of President Obama’s Cabinet. He is the 16th United States Secretary of Housing and Urban Development, reigning from 2014 till 2017. A rather different feature, is him being an advocate for immigration rights, which hasn’t been mentioned till now, by any of the Democratic candidates.

He has come out with plans, to change and legalize immigration, which may turn out to be a game-changer, though we don’t know in a positive or a negative way, especially after Trump’s ‘ buy American and hire American’ policy. Originating from an immigrant family, he says,

“I am not afraid of the president or his position on the issue of immigration.”

Apart from immigration, this man has supports several other issues. He also made proposal for a prekindergarten program which will be funded by the federal, changing the repayment process of student debt and also to eliminate tuition fees at community colleges and universities.

This US senator from California seems to refurbish everything, like schemes to hold back companies, which are responsible for promoting unequal wage between men and women, and also introduced The Maternal Care Act, whose main motive will be to prevent the number of death related to pregnancy. This will definetly serve a great help in supporting women, especially those of color.

However, this Climate change advocater’s biggest challenge can be a lack of public influence as compared to others in the game, as according to Quinnipiac poll, 34% of Democrats don’t know enough about her.

So these are the most promising candidates for the upcoming elections, till at present. What are your opinions and who do you think is going to win? Comment down your views and your thoughts about them?