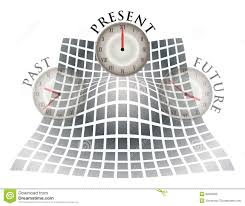 This theory argues that it is the only present that exists in reality, the concept of past and future are just imaginary ones. Anything that exists is only because you saw it happen or you felt you, how can you think of the existence of something before of after it happens. So only what happens at present is the actually the reality and rest remains imaginary.

This concept is totally in contradiction to the theory of presentism. It states that the time is multi-layered, and whatever we divide as the past, present and future can happen simultaneously the only thing depends on the perspective of the observer. Time is just a relative concept and has got nothing to do with life sequences.

This theory is quite a fascinating one as it claims that all the fictional characters may exist. It states that due to the existence of an infinite number of the universe the existence of all fictitious characters is possible in some alternate universe. So this means your favorite Spider man, Superman and other fictitious personality live somewhere in some universe, and they are as real as you are.

According to the theory of Phenomenalism, thing around us exist only because of our consciousness and they tend to disappear as we move our attention to something else. Most of us have the fascination to know about the existence of the things when we are not actually looking at them, after various calculations and findings it has been observed that the things actually exist because of our perception and ceases to exist as we turn our attention to something else until we get back to that thing.

New researches have shown that our DNA could reveal more about the Aliens that we were looking for so long. We need to shift our focus from stars and space to human body for deeper understanding about the Aliens. Scientists claimed to have discovered an intelligent signal inside human DNA. It is possible that some intelligent species/Aliens have encoded some useful messages in the structure of the DNA.

So don’t you find these things fascinating and above our basic understanding of the things around us.