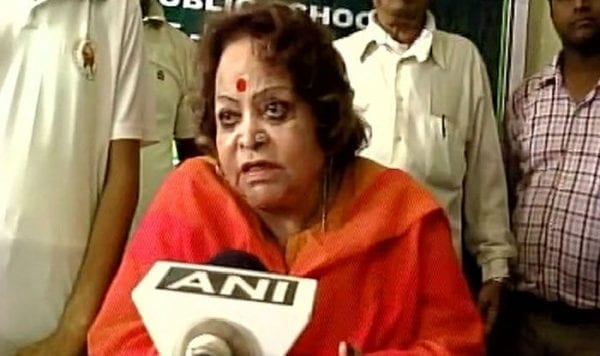 Salma Ansari, wife of the Hamid Ansari who is the vice-President of India, made headlines as she fearlessly endeavoured to expose just one more hypocrisy of society.

She was attending a function at a madrassa arranged by the Al Noor Charitable Society when she explained to reporters that the norm of uttering the word, ‘talaq’ thrice in order to obtain a divorce had no grounds since it is not mentioned in the Quran. She advises women to read the holy scriptures themselves before accepting every tradition that is passed on to them.

“There is nothing like triple talaq in the Quran and women in India are being misguided over the issue. Read the holy scriptures to clear your doubts.”

Her claims are confident and fearless. She is a woman who calls a spade, a spade.

“Triple talaq is not an issue. There can be no ‘talaq’ just because someone utters talaq, talaq, talaq. There is no such rule in Quran. They have just made it up.”

She does not hesitate to point out that such rules may just be a fabrication.

“If you’ve read the Quran, then you can find the solution there itself. There is no such rule in Quran…You read the Quran in Arabic and don’t read the translation.You accept whatever the Maulana (clerics) or the Mulla says. You must read the Quran, read Hadis. Just see what Rasool had said..”

She encourages women to not just be puppets in the hands of society anymore and instead use their own intelligence to read and interpret the Quran. That way, nobody would be able to pull the wool over your eyes. Introspection and analysis will help clear any doubts one might have. Unless women stand up for themselves, their ignorance will be taken advantage of. She pointed out that every interpretation is made to suit the interpreter, even religious ones.

Her statement comes at a crucial juncture when there is an all-round debate regarding the validity of the triple talaq, ‘nikah halala’ and polygamy among Muslims. While she has received support from major politicians, the common masses have not been so welcoming to her views. Social media reactions were mixed. While some people felt that her comment was derogatory towards Muslims, some agreed that if they as responsible Muslims did not speak out against the injustices, then matters would soon get out of hand.

The triple talaq method of divorce demeans marriage itself and that is a grave issue. How can we call an institution sacred that can be broken by three words? It does not require a proper justification or the interference of a court. If marriage requires equal participation from both partners, then both partners should have the right to speak their mind when it comes to separation. That is healthy and a step forward in the direction of establishing equality.