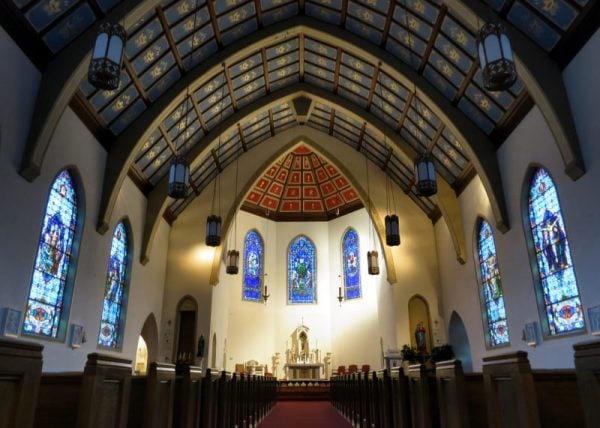 Charlotte, the city in North Carolina, is famed as the second most religious city in the state. The churches in Charlotte NC, are spread far and wide beyond and represent many aggregations like the Southern Baptist, Roman Catholic, Episcopalian, and many others. It is also very famously acclaimed as the ‘City of Churches.’

Charlotte also boasts as being the birthplace of Billy Graham, a very prominent evangelical Christian, a Southern Baptist minister, and a spiritual advisor to US presidents like Harry Truman and Barack Obama. Today the city of Charlotte’s largest congregation is that of Southern Baptist.

The 10 Best Churches in Charlotte NC

Being the home to the first-ever known Presbyterian Church is not a small feat, and Charlotte boasts of it. Its acclaimed title of ‘City of Churches’ is well deserved due to it, that is, the metropolitan of Charlotte, providing a home to about a whopping 1200 churches that have worshippers in the number close to 2 million. Significant of those churches are of the Baptist denomination, followed somewhat closely by the Presbyterian.

Found over 30 years ago, the St. Matthew Catholic church has been a place of worship for so many people and families of the faithful alike. This church, of the Roman Catholic parish, proved to be a place of faith for around 10500 families as of the year 2017.

Each weekend the church holds 10 Masses, making it the largest Catholic parish in the country. They are a relatively open and kind community. They believe in the presence of the Lord, giving them strength and giving them the patience and ability to form a Christian community and spread joy and love.

Because they’re a Roman Catholic church, you can register your child here for their First Holy Communion, and teenagers and adults can get their sacraments of initiation here too.

Spread across nine different regions in the city of Charlotte itself, the Elevation church is by far the largest protestant church, among the churches in Charlotte NC.

Under the guidance of pastor Steven Furtick, the church has flourished multiple sites and an ever-growing global ministry that has to build up through outreach on social networks, music performances, and so much more. Other than the 9 in Charlotte, there is much more spread across the state of North Carolina, other eastern states, and Canada.

This Southern Baptist church gave a home of faith to its attendees, whose number reached about 25000 per week in 2018. They believe in serving communities by building teams and giving to those in need.

This church stands apart from the other churches in Charlotte NC, by adopting non-traditional values and bringing new ways to connect to the Lord. Popularly called Meck, this is a church of the Southern Baptist denomination.

Their senior pastor, Dr. James Emery, hosts churchandculture.org and , along with his family, is responsible for establishing the church back in 1992. The church is different from the other churches in Charlotte NC, with one reason being their on-site coffee shop and bookstore.

The Grounds opened up in 2012 and provided a place for the community that is a part of Meck. With the original idea by the pastor, Dr. White himself, here you can enjoy a good cup of coffee and pick up something you’d like to read. All the shop proceeds go to local partners like a food bank and towards global efforts like providing refuge, medical assistance, and education to people in other countries.

The Episcopalian Christ Church is among the faith forward along with progression churches in Charlotte NC. They were led by the Reverend Chip Edens, who is a native to Virginia but has served many parishes across the south in cities like Virginia, Connecticut, Texas, and others. 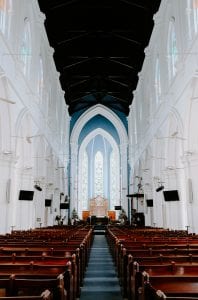 The church’s famed Faith Forum is a part of their educating program and initiative where Reverend Edens brings on leaders, entrepreneurs, thinkers, authors, and many other personalities to talk about issues like parenting, racial equality, climate change, among many more.

Known as the Mount Olive Baptist Church back in the day, Park Church is of the Baptist denomination and holds local and global betterment programs. The on-site church has an expo and conference center spread over a land of around 500 thousand square feet. 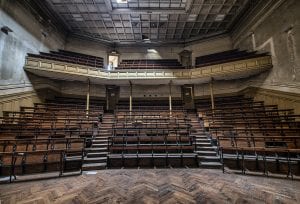 The church space holds trade shows and all sorts of conferences. This church is amongst the largest churches in Charlotte NC to contribute towards solving global problems. This multi-faceted church has taken up the initiative to help meet the needs of people in underprivileged countries by building recreational facilities and holding church services and a regular establishment in Kenya and Nairobi.

Headed by Bishop Claude Alexander Jr., the church has ministries that include Pastoral Care, Spiritual Development, Life Group Connections, Worship and the Arts, and so many more.

Established back in the decade of the 70s, the Central Church of God is an integral part of the city of Charlotte. This Pentecostal church, with the fantastic space that is spread across and its devout followers and believers, have made it quite prominent.

The church is a part of various pious activities, one of which was sending a team of messengers to Kigali, Rwanda. There the volunteers helped in the construction and upkeep of the churches in and around the region. Makeshift churches were converted into stable, concrete buildings, and they were graced with many new believers. 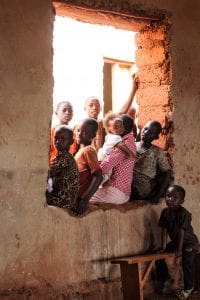 This church located on Davidson Street is amongst the oldest churches in Charlotte NC. The honored site of the first-ever crusade of Billy Graham, First Baptist Charlotte, is a site to visit.

It’s a rather pleasing and calming church with beautiful Byzantine domes and stained-glass windows that bring in some kind of serenity. On the other hand, with its current senior pastor Robert Welch, this church does several beautiful activities alongside Bible Studies and Masses. Under education availabilities, there is ‘301 Kids’ for children and a ‘301 YTH’ for young students.

Headed by its kind pastor Dr. John Munro, Cavalry church is an evangelical catholic church that isn’t affiliated. The church’s current building that holds together gatherings was initiated back in 1986, and it is the fifth building under the institution.

They’re eager and inviting for people who are new to exploring their faith or those who have been devotees of Christ for as long as they can remember. They hold several elective courses and Bible studies, especially for women. The Cavalry Life Center under Cavalry Church has lain over a vast 51 thousand square feet, where there’s everything from children and youth ministries to sports outreach programs.

It is located in the regions of SouthPark, Matthews, and Idlewild in Charlotte. Headed by senior pastor Chris Payne, they have a community of enthusiastic people who are keen to serve on all their sites, including pastor Ron Dasher who works for the online church community. 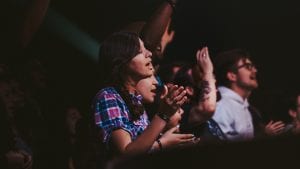 People of all ages can find something for themselves here. From little kids to adults, there are programs and community build-ups, and other activities that encourage the people of the faith.

Established in 1995 by the respected pastor Kelvin Smith, Steele Creek is a church of strong faith, values, and many cultures, all existing harmoniously. It has two church campuses in Charlotte that is in Arrowood and Berewick and another campus in the town of Huntersville, also in North Carolina.

Most weekends at the different locations are services held to bring the community closer to God and each other. These services have music and prayers and are invigorating, and make you feel joyous. Kids can keep engaged as they’re taught about the Lord and his blessings. For this purpose, SC Kids, SC Preteens, and SC Youth are established.

There is also a community of Latino people at the Steele Creek Church. At the Arrowood campus, services are held in Spanish at specific allocated times, and some that were initially held in English is even translated to Spanish. You can request a translation too.

The communities and churches mentioned above don’t even begin to scratch the surface of the abundance of churches in Charlotte NC. Here you can choose from all different types of communities and find the one that aids you in your faith. If you’re left a little unsure, don’t hesitate to explore and find a house of worship that you’ll feel was made just for you.