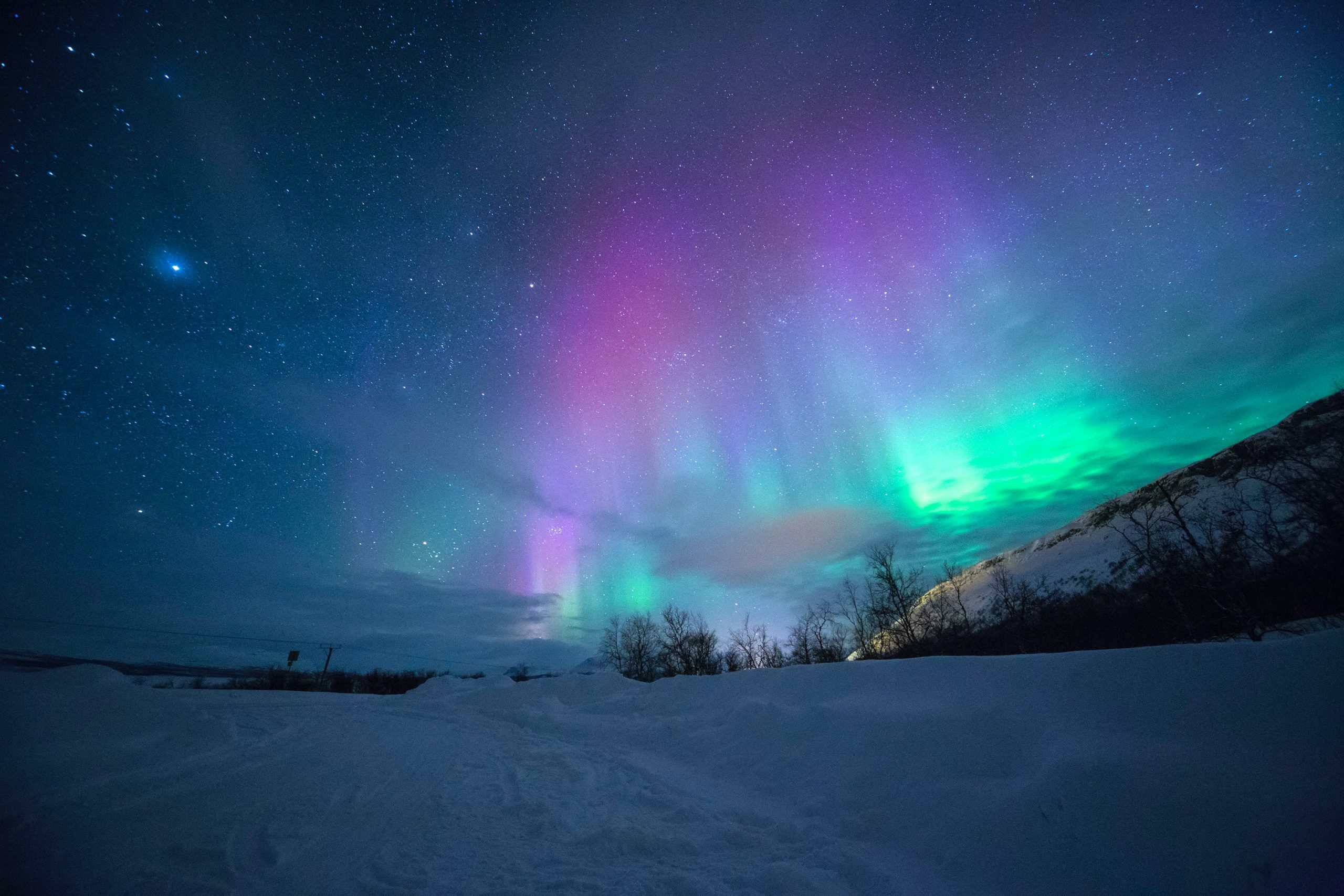 Fairbanks Alaska northern lights is a bewitching spectacle that everyone should gaze at and enjoy. The northern lights are also known as Aurora Borealis, and are often admired by tourists and aurora hunters.

Fairbanks, Alaska is one of the best places to watch the northern light due to it being part of the aurora oval. Hence Fairbanks Alaska northern lights are quite a tourist attraction for people who want to watch the polar lights.

Alaska is a U.S. state which is situated in the northwest of the country near the West Coast of the country. Alaska, also known as The Last Frontier, has many tourist attractions. The state is known for its various nationals parks, the University of Alaska Museum of the North, several beautiful Highways, and some historic parks.

However, the most popular tourist activity is seeing the Fairbanks Alaska northern lights. Fairbanks is the largest city in Alaska. It is known for its midnight sun, northern lights, sunrises, and sunsets that last through the whole year. Being near the west coast, you can enjoy locally sourced seafood, wild meat, and local fruits and vegetables.

Throughout the article, we will get to know the reason for the occurrence of northern lights, things to do in Fairbanks, and why you should go to see the Fairbanks Alaska northern lights. 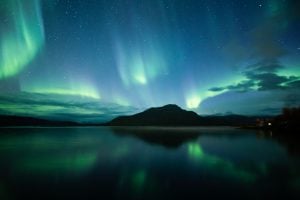 What is an Aurora?

Aurora, also known as polar lights, is a natural phenomenon of glowing light that appears in the sky in high altitudes. It is the most visible effect of the Sun’s activity on Earth’s atmosphere, which can be seen by the naked eye. Auroras occur in the form of arcs, streaks, or clouds through the sky.

The name aurora for these surreal polar lights was derived from the name Aurora, the Roman Goddess of dawn. According to Roman mythology, she announced the coming of the sun by travelling from east to west.

It brightens and flickers and comes in different colours like green, purple, red, blue, and sometimes yellow and pink. Green is the most common colour of auroras. The colours of the aurora occur due to energy and different gases present in the upper atmosphere. 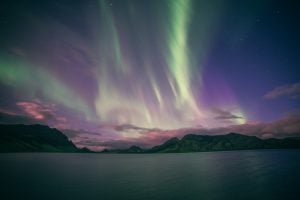 Where Does the Aurora Borealis Occur?

Most auroras occur in a band known as the auroral zone which is  3° to 6° wide in latitude and between 10° and 20° in longitude. A region that currently displays an aurora is called the auroral oval. The name aurora borealis was given by Galileo in 1619. The origin of the name comes from the Roman goddess of the dawn and the Greek name for the north wind.

The aurora borealis frequently occurs in a belt of a radius of 2500 kilometres centred on the magnetic north pole. This is called the auroral oval or auroral zone which includes some of the areas from the arctic circle. The areas which include this zone are northern Scandinavia, the southern tip of Greenland, northern Canada, Alaska, the northern coast of Siberia, and the coasts of the Norwegian counties of Troms and Finnmark.

Aurora sightings are said to be quite unpredictable. Hence, you need to keep these things in mind if you go to see the Fairbanks Alaska northern lights. For aurora sightings, you need a very dark sky. Aurora occurs all year-round, but it needs a dark sky for the audience to observe it. 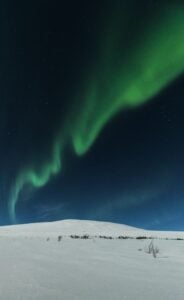 Why is it Popular Among Tourists and Aurora hunters?

Fairbanks, Alaska is one of the best places you can go for watching the marvellous phenomenon of northern light. This is due to Alaska being in the auroral zone, and the chances of witnessing aurora are huge. The ideal time period for viewing the aurora is from August 21st to April 21st. Fairbanks Alaska northern lights are one of the best options as it quite accessible and it occurs frequently. 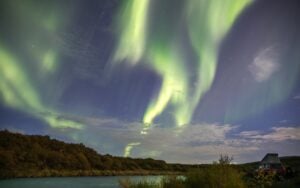 Best Locations to See the Northern Lights in Alaska

The Geophysical Institute of the University of Alaska has a list of several locations from which you can see the Fairbanks Alaska northern lights. According to them, you can see the aurora borealis from Haystack Mountain, Ester, Wickersham, and Murphy Domes near Fairbanks and also many others.

The Murphy Dome is 40 kilometres away from Fairbanks and is at the highest point in this area. You can take a walk in the forest and climb towards the dome. The dome gives a view of the valuey, which offers a very distinct and marvellous experience of Fairbanks Alaska northern lights. You can reach there by car or any other four-wheeled vehicles.

Cleary Summit is also a favourite among tourists as it is quite accessible and can be reached by car. This location is 17 miles north of Fairbanks and gives a good view of the Fairbanks Alaska northern lights. They are also many cabins from which you can enjoy the view.

Another place near Cleary Summit to watch the light show is the Steese Highway. But the Steese highway is often crowded with tourist buses, cars, and caravans. It might be a disturbance for some people who want to enjoy the polar lights with little to no distraction.

Creamer’s Field Migratory Waterfowl Refuge also known as Creamer’s Field, is an excellent location for viewing the Fairbanks Alaska northern lights. It is a 2200 acre bird sanctuary, located away from the city. This area gives one of the best aurora views, as it away from the city lights and has very minimum artificial light around it. This place is quite accessible, and you can go there via two or four-wheeled vehicles.

Borealis Basecamp is a tourist destination where you can book a cabin that is designed like an igloo. The igloo is a dome-shaped modern living space. You can also watch the beautiful Fairbanks Alaska northern lights from the dome. The place also provides several activities for you and your companions to take part in. 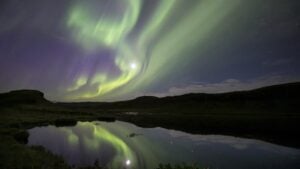 Things to Do Beside Watching the Northern Lights

As said earlier, northern lights are quite unpredictable. You may not be able to see the Fairbanks Alaska northern lights due to uneven solar activity, weather conditions like light snow, or any other factors that forbid a clear night. You can only see the light show at night from 10 p.m. through midnight.

At that time you can indulge in various other activities like ice fishing, outdoor hikes, and maybe take a trip to Denali National Park. You can also hangout at the Chena Hot springs. The springs are naturally heated, and the water is rich in minerals and salts.

You can also visit the Aurora Ice Museum and Fountainhead Auto Museum during the daytime. If you are running out of ideas, you can go to Borealis Basecamp or Morris-Thompson cultural centre. Both of them have many activities for you to enjoy while you wait for the nightfall to see the Fairbanks Alaska northern lights.