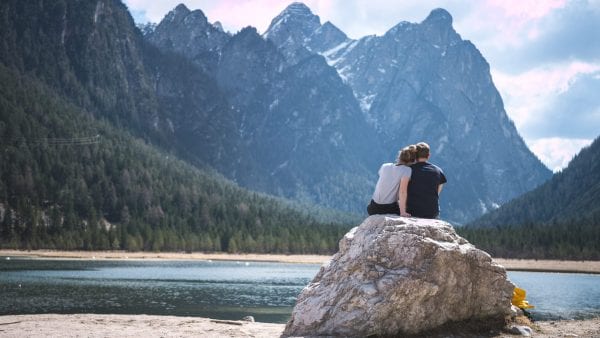 The top 10 different types of girlfriends we’ve all come across!
SHARE

The modern dating era has witnessed a lot of different types of girlfriends. Maybe you are a person who dates girls, or maybe you have been a girlfriend to someone at some point in your life. Or perhaps you have been single your entire life, and you are surprised to see an entirely new side of your best friend who has just gotten into a relationship, here are the top ten types of girlfriends we have all come across at some point in our lives!

The Top 10 Different Types of Girlfriends We’ve All Come Across!

1.The One Who Controls:

She is one of those types of girlfriends who wants you all to herself. She wants to know when you woke up, what you ate for dinner, as well as all your unspeakable shower thoughts—hanging out with your friends on a chill Friday evening? Not ok. Greeting, a female co-worker you met on the street? Congratulations buddy, you just confirmed your imminent death.

She will have an eye on you always because she believes that you’re cheating on her. Her paranoia will compel her to find ways to sneak into your phone to check if you have liked a hot model’s Instagram post or you’ve slid in the DM’s of your ex. You have to think a million times before you hide something from her, because one way or another, she will find out.

This one is obsessed with the idea of #RelationshipGoals and will do absolutely anything to portray the image of having a perfect relationship on social media. She will make you do all the cute things that a vast majority of couples are doing on social media. You might end up filming couples TikToks with her, all the sweet random pecks you give her will always be filmed and posted to Snapchat.

Every single detail about your relationship, from your fights over the TV remote to the extravagant wedding proposal that she expects from you, it is all going to be available on social media for the world to see. All she wants is that one cute video that will blow up on Instagram and will make her Instagram famous overnight. 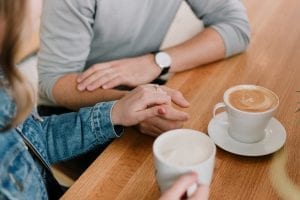 Any time she hangs out with her friends, you will see her constantly texting or on call. Take her to a party, and she will disappear only for you to find out that she’s sitting in a corner, talking to her significant other. She is super clingy and will always be restless if she is not in contact with her significant other for every single second of the day. 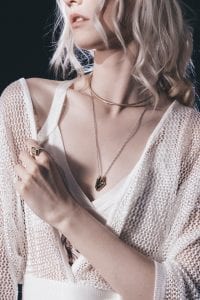 She is in it only for expensive gifts. It is effortless to disappoint her; just bring her a cheap gift for your 4 month anniversary and watch her freak out when she sees that meaningful pendant instead of an 18kt gold and diamond necklace. She only wants the best of the best. Expensive dinner dates, shopping luxury brands at least once a week, and a costly gift every week (did I mention that it has to be expensive?)

You need to shower her with materialistic things to prove your love for her. Your love is equivalent to the amount of money you have spent on her. She is one of those types of girlfriends who will dump you as soon as you go broke.

She is a real-life Amy Santiago. She is one of those types of girlfriends who will keep tabs on your movements and be suspicious of your activities. She will be skeptical if you come home drunk, and your clothes smell like another woman’s perfume. It could be a fragment of her paranoid imagination, but she believes in being safe than sorry.

If you are going for a date with her to a place that is 30 minutes away from your home, she will interrogate the heck out of you if you arrive even 3 minutes late. She will check your phone anytime she notices anything suspicious in your behavior. It is pointless also to try lying to her, because she probably has all the facts and will counter you with logic, leaving you no room to escape her.

She is one of those types of girlfriends who is overly emotional for her good. She will probably tear up at even the smallest sweet gesture towards her. Make a cup of coffee for her one morning and watch her cry in admiration and gratitude. Even the most insignificant of arguments is more than enough for her to scream like a banshee. She is a ticking time-bomb, you have to walk on eggshells when you are dealing with her because one wrong word is all it takes to set her off.

But in the end, dealing with all this crying is not that much of a big deal because it comes with a silver lining. Her sensitive, kind nature stems from her ability to allow herself to feel emotions truly and deeply, which is always a positive trait to look at.

7.The One Who Is Intentionally Blind: 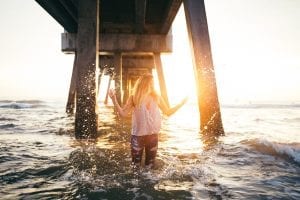 She is as naive as a child; it is straightforward to trick her and be deceitful to her. To sum it up in a simple metaphor, if she is the captain of a ship and there is an iceberg right in front of her, she will go head-first into the iceberg, paying no heed to the advice of her co-captain to take a turn.

It is very evident to her friends and probably even to her that her significant other is mistreating her or cheating on her or both, and she deserves better but she reluctant to accept the truth of the situation and likes to live in a state of denial where her relationship is picture-perfect in her eyes. Although, that could not be far from the truth.

8.The Believer of Culture: 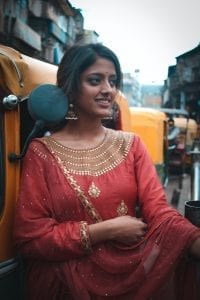 She is extremely shy and has already planned out her future with someone who she has been going out for just a week. She is one of those types of girlfriends who are extremely shy and will wait to do absolutely everything after marriage. She is a true believer of ‘first love, forever love.’ She is deeply committed to the relationship and is in it for the long run, for she simply does not understand the concept of casual dating.

Her immense dedication and fierce love aren’t meant for the weak. She will pour all her heart and soul into it, and at the same time, make sure that she does not do anything unorthodox because she believes that those things have no eligibility without a marriage. 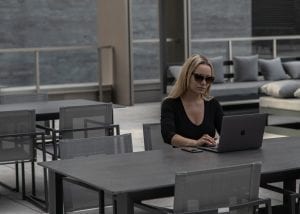 She is a confident, independent woman, and age-old tricks like opening the car door for her or pulling the chair out for her will fail to impress her because she is a firm believer in the fact that she can very easily do those things herself and there is nothing wrong about it. She hates the idea of women being portrayed as a ‘damsel in distress’ and being entirely codependent on their partners.

She is the opposite of a gold-digger; she hates the idea of absolutely anyone spending any money on her. If you take her out on dates, then she will demand to split the bill, and if you refuse, you are in for a heated debate. She wants an equal in everything. From all the responsibilities of a relationship to the house rent to even the laundry, because she refuses to depend on absolutely anyone.

She is the perfect combination of a best friend and a girlfriend. She is one of those types of girlfriends who will fool around with you like a best friend and will spend profound, intimate moments with you like a girlfriend. A lot of your interests are in common, and it is amusing to get in a non-serious, heated argument with her on insignificant topics like Coca-Cola vs. Pepsi. She is the ideal girlfriend, as she will care for you in your most vulnerable moments. She will be the most authentic version of herself because she knows you like her just the way she is.

Most girls, including myself, strive to be a healthy mix of all the above types of girlfriends. There is no definition of a perfect girlfriend, and perfection is far from human reach. All we can do as girlfriends are strive to be a better version of ourselves and treat our partners the way they deserve to be treated, with utmost love and affection.

What are the types of girlfriends you have dated? What type of girlfriend are you? Let me know all about it in the comments below.