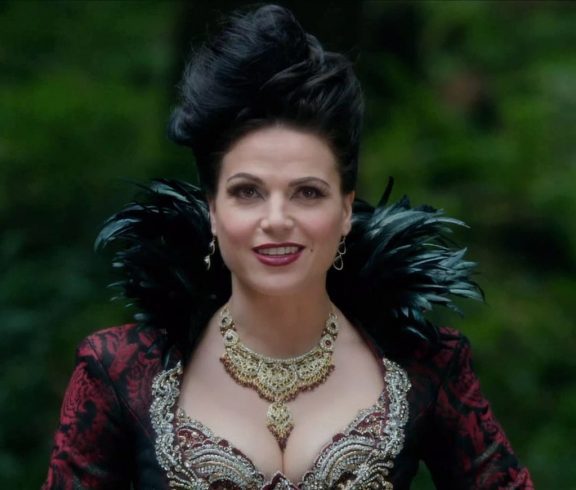 While Indian television soaps continue to languish in their character development and plot complexity, American, Canadian, British, and foreign television shows have made quite a niche in the entertainment industry.

With talented actresses working their magic on the small screen in collaboration with some brilliant directors and writers, the powerful women of television are here to conquer our hearts with these memorable characters (in no particular order whatsoever).

1. Annalise Keating, How to Get Away with Murder

A Harvard-educated legal genius, Annalise inspires equal parts of fear and awe in her fledgling students and court rivals’ hearts.

Despite playing realistic, “not a size two” African American is a large part of it, a 49-year-something female character, she still manages to be mysterious and (bi)sexually alluring as hell (with the best set of arms since Michelle Obama).

Everything she does is so exquisite and captivating that even her makeup removal has the audience rapt for an entire scene.

Actress and LGBT rights activist Laverne Cox (who also became the first transgender person to grace the cover of the Time Magazine) plays the ever-stylish and fabulously fierce feminist Sophia on the hit Netflix series.

Serving a long prison sentence at the Litchfield Federal Penitentiary for embezzlement and credit card fraud, Sophia is known to run the prison beauty parlor; she uses scraps to put together couture, campaign for women’s healthcare and basic human rights, and even educates her fellow inmates and correctional officers about the myths and realities of the female anatomy.

She is a woman who is not afraid to put her foot down, assert her rights, spread awareness about generally ignored issues, and protect the ones she loves. The media from the first season itself and the number of times people have binge-watched it is great.

Mindy is a second-generation Indian-American, but that does not stop her from mocking ethnic and racial stereotypes, making her one of the most refreshing and balls-out powerful women on American television today.

Her flashbacks show her as a young girl who dealt drugs, raised her sons, and helped her husband, Lucious, start the biggest-ever American music company, Empire Entertainment, with the drug money she took a fall for.

Having served 17 years in prison, Cookie comes out kicking ass, taking names, and wearing a lot of leopard print and fur, proving that it doesn’t matter if you don’t have a college degree or are from the streets, and runs the world of Empire and all the men around her while rocking her six-inch Gucci heels.

She is surely one of the best female characters young women would look up to.

5. Regina Mills/The Evil Queen, Once Upon a Time

The insanely gorgeous Lana Parrilla delivers complete justice to the villainous mayor of Storybrooke, and the complex character of the Evil Queen in the alternate fairy tale universe, who is equally adept at all kinds of powerful magic as she is with her witty tongue in both worlds.

She also maintains a consistent record of being the most well-dressed character on the show, flawlessly pulling off medieval costume gowns and modern-day business suits with equal ease. Add to that just the right amount of snarky humor, and you have got the perfect queen of hearts (pun intended).

To any other person, Cosima is just another college student who is doing her Ph.D. in Experimental Evolutionary Developmental Biology (which she calls “Evo-Devo”) at the University of Minnesota.

But to Clone Club fans, Cosima is the epitome of coolness – she is a wine aficionado, who only smokes pot, carries off braided dreadlocks better than anyone else, is the smartest tomboy in the room, and has an equally hot French girlfriend, Delphine (played by Évelyne Brochu) who she “just wants to make crazy science with,” and kicks ass while doing everything mentioned above and more.

The multi-talented Sara Ramirez plays Dr. Calliope Iphigenia “Callie” Torres, M.D., the world-renowned “ortho-goddess” at the Grey-Sloan Memorial Hospital who refuses to take crap from anyone and is constantly dominating the medical ER with her badass bone-breaking skills. One of the strongest feminist characters.

Despite being a wealthy heiress from an old-fashioned family, Callie chose to study her way to become a surgeon, stuck with her best friends, survived a fatal car crash, and married the woman she loved.

Callie is a primetime role model through and through, and if we ever had to make a list, she would probably top that. She is also hilarious, unwaveringly loyal, impossibly strong and stubborn, an excellent mother to Sofia, and dances in her underwear to beat the blues.

Though the outrageous and outspoken witch supreme appeared only for one season of the Ryan Murphy FX anthology, and while Academy Award winner Jessica Lange who played her and other characters on the show, has left television, for now, Fiona Goode is one of the most memorable fictional female feminist characters on contemporary TV.

Playing the head of the mystical Salem coven of witches in the modern-day, Fiona isn’t afraid to strike down unwanted competition for the title of the “baddest witch in town”, by hook or by crook.

Her delightful snark and lovably evil antics will make fans await every dialogue with bated breath, plus the woman knows how to rock a cigarette and black dress better than anyone else in real life.

Bo is the ultimate seductress, managing to seduce everyone she meets, human or Fae, male characters or female characters, you name it, she will have them either way, winning them over with her irresistible charm or her succubus power of attraction.

Oh, and I also mention, that she derives her strength from their “chi,” which is basically the sexual energy and life force of a being?

Perhaps the most liberated and sexual main character that has ever graced our TV screens, Bo is also an expert katana wielder, a skilled kick-boxer, and a consulting private investigator.

Who thought that the young Lizzy Caplan, who played the dorky Janis Ian in Mean Girls, would transform into the most elegant and gorgeous woman in real life and on our television screens practically overnight?

Based on the real-life pioneering sexologist, Caplan plays radically ahead of her times, juggling her work and children with equal prowess.

She is smart, forthright, resourceful, and sexually uninhibited, and also refuses to adhere to the patriarchal and misogynistic norms that her contemporary 1950s American society places on women.

She is also compassionate and very much attuned to her emotions and others, making her the perfect counterpart for the repressed and socially awkward Dr. Masters (played by Martin Sheen).