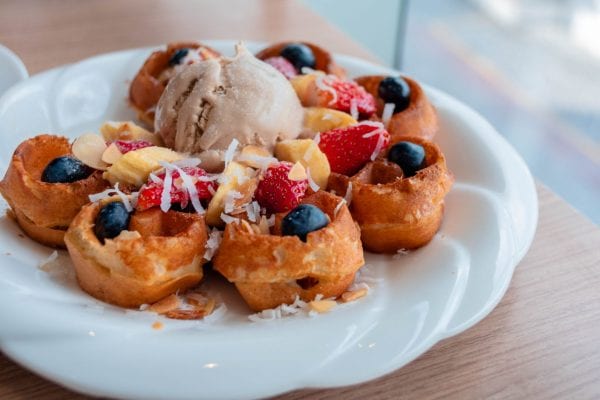 Here is our list of the top 10 most expensive desserts in the world. Dessert, the word has its fan base around the world. So, we can also say that it is a mandatory course for our meal without having it our meal is just incomplete. In more simple words, one can describe dessert as the concluding part of the meal. When the word ‘dessert’ comes on our mind, our mouth started watering. Now let’s talk about how the word ‘dessert’ origination.

The word ‘dessert’ was originated from the French word ‘desservir,’ which means ‘to clear the table.’ In different parts of the world, there is a huge variety of dessert found, which includes variations of flavors, textures, and appearances. Nowadays, we can see that Chefs are becoming food artist and investing their time to create more and more new and creative desserts. They often use molecular gastronomy in their food preparation.

When we thought about fruitcakes, the first thing which comes on our mind is that a cake typically made of candied or dry fruits, nuts, species, and sometimes it is also made by soaking the ingredients into the spirit. But the chef of Tokyo has taken the fruitcake into the next level and made the most expensive dessert in the world. The entire process of designing and creating this Diamond Fruitcake takes precisely seven months.

This unique Diamond Fruitcake was created for Takashimaya Department Store in Tokyo. The worth of the cake is $1.72 million. A total of 223 diamonds are used while making this cake. As per reports, the total weight of these 223 diamonds is around 170 carats. This cake is edible except for the diamonds.

As most of us know that pudding is nothing but a type of foodstuff that can either be a dessert or can be a salty or spicy dish, which is considered as a part of the main meal. The head chef of Lindeth Howe Country House Hotel in Windermere, Cumbria, Chef Marc Guibert, made this Faberge Chocolate Pudding.

Click here to know how to make a perfect dessert with chocolate.

To be very honest, ice cream is everyone’s favorite, and when it comes to chocolate-flavored ice cream, it is loved by 9 out of 10 people. The ingredients used to make a chocolate ice cream are cocoa powder or cocoa solids, egg, cream, vanilla, and sugar. For this Frrrozen Haute Chocolate, the creators have used 28 cocoas from different parts of the globe; among them, 14 are the most expensive.

The worth of Frrrozen Haute Chocolate is $25,000. Because of the edible gold used in it and on the top, there is an 18-carat gold bracelet that has embedded with 1 carat of the diamond; that is the reason its price is so high, and it is in the list of most expensive desserts in the world. It is usually served in a chalice that has edible gold lining in the bottom.

If you have any plan to travel to Sri Lanka and want to have a special dessert, then one of the most expensive desserts in the world is waiting for you. The dessert is called Fortress Stilt Fisherman Indulgence. In the year 2007, the Fortress Resort and Spa, which is situated in Galle, Sri Lanka, introduced this dessert. It is also known by the name of gold leaf Italian cassata. The price of this special sponge cake is $14,500.

The base of this dessert is a Sicilian cassata, and this cassata flavored with Irish cream, and the top of this dessert is filled with mango and pomegranate compote. And for making it more stunning, a handmade chocolate carving of Stilt fisherman with an 80-carat Aquamarine stone and Dom Perignon sabayon is served.

A doughnut is fried dough, and it is garnished with chocolate icing sugar and cinnamon sugar. Making of doughnut at home is not at all tough. It can be prepared at home, or one can buy it from outside. But this time we are talking about the most expensive dessert in the world. Krispy Kreme’s Luke Doughnut is considered as the world’s most costly doughnut because of its 24-carat gold leaf.

It is usually decorated with a gilded white chocolate lotus with a few edible diamonds and stuffed with Dom Perignon jelly. The worth of this Krispy Kreme’s Luxe Doughnut is $1,685, and as per the report, the company made this expensive doughnut for raising funds for the children’s trust.

Chef Rosario Wakabayashi is the creator of this unique ice cream at the Baccarat Hotel in New York. This is the most expensive ice cream in America, which costs is around $1,500. Let’s talk about the base of the dessert, which is a homemade vanilla flavored ice cream. Vanilla is the second most expensive species in the world next to saffron. Vanilla is widely used for making dessert. Here vanilla beans are used in this ice cream, which is imported from Madagascar.

A white chocolate shell covers the ice cream, and the shell is painted with colored cocoa butter. A bed of black truffle crumbles is placed, which is consists of 64% of Manjari dark chocolate and Valrhona gold cocoa nibs, which make it one of the most expensive desserts in the world. Chef has used fondant butterflies, angel hair sugar stand, edible gold, and silver for garnishing to make it more attractive. Not only that, but Chef also gives a touch of citrus meringue and hibiscus champagne sauce. 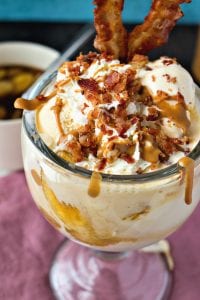 Popsicle is artificially flavored non-dairy frozen dessert. The Marquis, Los Cabos resort, situated in Baja California Sur, Mexico, was the first to introduce it. This is a tequila flavored popsicle. 24-carat popsicle is made using Tequilas Premium Clase Azul Ultra tequila, which is made up of 24-carat gold flakes, and the price is $1,000.

The signature dessert of Chappan Bhog, a shop named in Lucknow, India is ‘Exotica.’ The Indians have a typical culture of giving sweet boxes to their relatives and friends on the auspicious occasion of Diwali, the festival of lights. Chappan Bhog shop has especially made the dessert, Exotica, to make the Diwali gift box special.

The main ingredients of Exotica are Pine nuts, saffron, gold powder. Pine nuts, which are currently worth around Rs4000 per kilogram, whereas the price of saffron is around Rs2.5 lakh per Kg. The ingredients present in Exotica make it one of the most expensive desserts in the world.

Gur Chini has a team of 46 members in total. Previously they were famous a little bit, but they came into the limelight after they supplied 8000 boxes of ‘Swarnamishtha’ to the wedding of Akash Ambani and Shloka Mehta. The dessert, ‘Swarnamishtha,’ also comes in the list of top 10 most expensive desserts in the world.

Have you ever went to Surat? Well, for those who don’t know about the famous sweets store in Surat is none other than ‘24 Carats Mithai Magic’. Presently, this shop has its root in 5 different areas of Surat. Since 24 Carat Mithai Magic provides the best quality of sweets, that is the reason they have won the hearts of people across the globe. As per information, the entire management firm is currently looked after by Mr. Rohan Mukesh Mithaiwala and Mr.Brij Kishor Mithaiwala.

The entire team of 24 Carats Mithai Magic follows one thing that is ‘Atithi Devo Bhava,’ which means visitors or tourists are like God. They focus mainly on building relations and carrying them forward for generations after generations by serving them with the best quality and services. If you think that this is an ordinary sweet, then you are wrong. 24 carat Pure Gold Leaf Dry fruit Sweet has a thin layer of gold foil, which is completely edible. This is the only reason it is also on the list of the most expensive desserts in the world. The price of this unique type of dessert is around Rs9000.

So, here is the list of top 10 most expensive desserts in the world. I hope you will definitely try at least one of them in your lifetime.

Sneha_Banerjee August 9, 2021
Share this Article
Facebook TwitterEmail Print
What do you think?
Love0
Sad0
Happy0
Sleepy0
Angry0
Dead0
Wink0
Posted by Sneha_Banerjee
Enthusiastic content writer with a passion to delve into the world of practical life and entertainment, in search of incredible stories. Also develops websites as a hobby.
Leave a comment Leave a comment