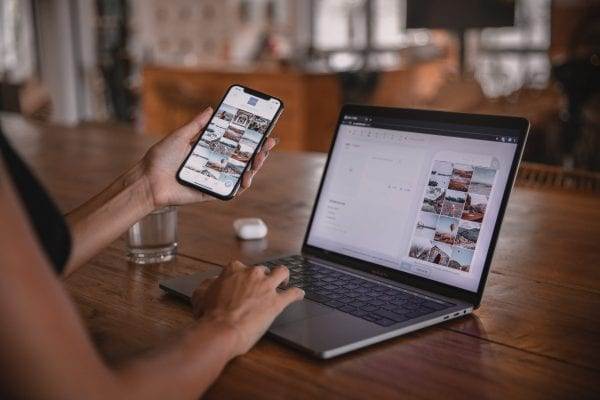 Wondering what to binge watch next? How about some Bollywood comedy web series? We got you covered!

The web series in India have successfully reached a long way and gained many users. A variety of shows are available on different online streaming platforms. A few famous ones are- Netflix, Amazon Prime, and Voot. There are also many other streaming websites too. Here is a quick list of some Bollywood comedy web series that you just cannot miss!

Today’s generation loves to indulge themselves in web series rather than watching serials on the TV. Numerous web series are available and many have received national recognition. It can be really difficult sometimes to choose what to watch.

If you love comedy genre, then you are at the right place! Here is a list of top 5 Bollywood comedy web series to help you choose the best ones from a wide variety. So keep your snacks ready while you binge-watch these series.

Ever faced a situation during the month’s end where your pockets are empty but you still fake a smile? Well, TVF Bachelors shows you a similar story like this in a comical way.

There are many bachelors who all go through various challenges and have to struggle to find a job. Especially, when it’s the end of month, monetary struggles hit hard. The funny part here is the month-end financial tight spots and how they survive. But deep inside, viewers realize it is a survival guide in disguise.

The episodes are inspired by popular movies like Lagaan and Bahubali. In Bachelors, Gopal Dutt plays out the popular characters from the movies in a wonderful manner.

If you want some dark humor with a streak of reality, then this web series is for you. This is one of the most hilarious Bollywood comedy web series out there. There are two seasons available to watch on TVF Play and YouTube. 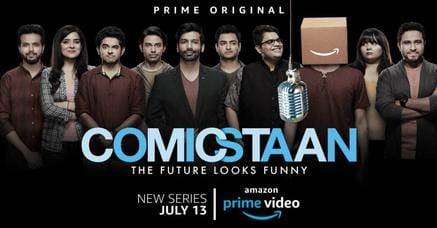 We can get an idea from the name that the web series deals with comedians. It is centered on how India’s most prominent seven comedians are grouped together in a race to find the next best comic sensation.

Ten ambitious contestants are shown and viewers go on a journey with them experiencing their ups and downs. Comicstaan is a must watch for stand up comedy fans.

As we go down the series, it’s really promising, funny, and enjoyable. Although, there are few embarrassing jokes. But stand up comedy is nothing without such little embarrassing talks. Judges, hosts, and audiences all together put up a good show. If you are looking towards lightening your mood, then you must watch Comicstaan. Two seasons of this series are available to watch on Amazon Prime Video. 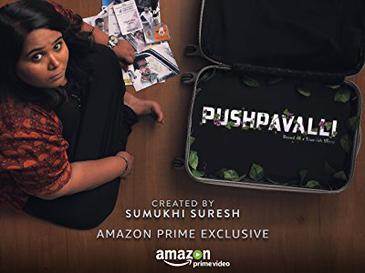 The web series Pushpavalli is great for a binge watch. It has only one season with 8 episodes. But these 8 episodes are sure to keep you hooked to the story.

The story revolves around an eponymous protagonist, Pushpavalli, who’s obsessed with a boy named Nikhil Rao. She comes across the guy in an organic food festival and spends some time with him.

Initially, Pushpavalli aspires to complete her food science degree from Bhopal and marry according to her mother’s choice (to a Brahmin boy). But after meeting Nikhil at a convention she dedicates her entire life to him. She moves to Bangalore under the pretext of job to stay near to him.

At first, Nikhil likes her smart and funny way but soon things take an ugly turn when Pushpavalli keeps lying to impress him. She goes on to do anything to catch Nikhil’s attention. Consequently, she under-performs at her work and fails to keep up with rent payments.

Pushpavalli obsession rises to the peak, when she breaks her leg because Nikhil promised to take care of anyone with a broken leg. Although, the story deals with obsession but there is a comical streak in every episode with enough suspense to keep you thinking. Pushpavalli is available on Amazon Prime Video.

Almost everyone loves to watch stories based on friends living together and exploring their lives. This is another great show to binge-watch consisting of 5 episodes in one season. It is one of the best Bollywood comedy web series to binge watch overnight.

Inmates is a comical storyline that explores struggles and lives of a group of inmates. The series goes on to portray the themes of life and self discovery with a touch of humor.

The characters in the series are – Richa who is a Hindi lover and a casting director, Rahul is a struggling actor and Madhav, a virgin who is eager to get laid.

It lets the audiences notice little details such as Fooga’s pet cockroach being lost, the unexpected twist that Madhav’s tinder date takes and Richa questioning her sexuality which leads to an awkward moment with her long-distance boyfriend.

The characters are played by Raghav Raj Kakkar, Ashish Verma and Akanksha Thakur. They all live in a tiny apartment as roommates and face different challenges in a hilarious way. This is perfect series to watch on with your friends on Netflix and TVF Play.

The show Gullak is for the ones who love their family and are into neighborhood gossip. The series has got good ratings and views. Although, the series isn’t totally a comedy there is humor in each dialogue for a quick laugh. It has one season with 5 episodes and it is available on Sony Liv. The series has actors like Jameel Khan, Geetanjali Kulkarni, Vaibhav Raj Gupta, and Harsh Mayar.

Gullak portrays a bunch of people in North India hailing from a middle-class family. There is a lot of drama revolving around seemingly relatable events like sibling scuffles, neighborly gossip, ice creams and may such small incidents that happen in a typical Indian middle-class family.

When you keep on watching this show, you’ll feel that the hassle is taking place in your own family and your own house. It’s a web series that shows you the pros and cons of a middle-class family, letting you relate to the story. This makes Gullak a must watch.

So, this was a list of Bollywood comedy web series. You can enjoy them any time and any where.

What are your favorite Bollywood comedy web series? Let us know! You can share them with us in the comment section below.