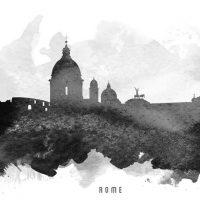 History might be a boring subject in school. But, when it comes to the different aspects of history, it is amazing! Here is an article that will throw light on the historical figure Constantine and the Arch Of Constantine.

Emperor Constantine is also known as Constantine; the great was a 2nd-century ruler. He was the emperor of one of the most well-known civilizations; The Roman Empire. The Roman Empire was great but had a lot of rules and regulations.

The emperors of the great Roman Empire and Roman forum were responsible rulers who took care of their people. There was a Southside and Northside in the empire due to its huge size.

These Roman emperors were truly great as they helped to build the Roman Empire. Constantine the great fought Maxentius at the battle of Milvian bridge; being a powerful and courageous king, he won the battle.

The Roman Empire celebrated his victory over Maxentius. A triumphal arch in Rome was built as respect to the great warrior and ruler. This Roman triumphal arch is known as the arch of Constantine.

7 Incredible Facts About The Arch Of Constantine

The Arch Of Constantine is one of the most famous monuments in the world.

Constantine, I was one of the greatest rulers in history. Here are a few amazing facts about the beautiful Arch Of Constantine that was built as a symbol of respect to him.

1.The Building Of The Arch Of Constantine And Architecture

This beautiful monument was constructed after AD 312. This was after the great ruler of Rome [Constantine I] fought a battle against Maxentius and won. They celebrated his victory and built a monument that was to be talked about for centuries.

The historical Arch Of Constantine is a huge 70 feet structure. It is rectangular in shape. There are many sides to the arch. It has a central arch and other side arches too.

This arch also sets an example for the new people for reusing things. This is because the flawless  sculptures of this beauty were actually reused from other monuments!

The best part about the great Roman Empire was that recycling and reusing things was not unusual. This practice was rather a general affair in this empire. Many images had also been reused by the emperors.

This triumphal arch has actually set an architectural legacy at Rome. It is much more famous than the arches of Titus or forum of Trajan. This is probably because this was build with so much love and respect for the emperor by the forum Romanum or the people of Rome.

2. The Exact Location Of The Triumphal Arch

The triumphal arch [ Arch Of Constantine] is located in present day Rome. The beautiful arch adds to the beauty of this great place. Rome is also known for many other monuments.

The Arch Of Titus and the Trajan’s Column are two of the most famous places to visit in Rome. It is also important to know that many of the monuments all over the world are modelled on the Arch Of Constantine.

This means that other artists got inspired by the beauty of this monument. They build new structures on the basis on the triumphal arch!

3. Sculptures And Their Significance 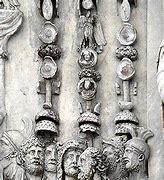 There are uncountable sculptures that you can notice all around the Arch Of Constantine. These sculptures are magnificent though many of them have been reused from other monuments. Every sculpture has its own significance and value.

The triumphal arch is beautifully decorated. The decoration is one of the reasons for it being one of the most loved tourist places. Building a monument is a difficult task. But, preserving it is even tougher.

The people of Rome have done their work very nicely. They have not let the beauty of the monument fade away with time. On the contrary, they have decorate the arch beautifully.

Histories of the Roman Empire would have been unknown if nobody would have recorded them. How did people keep a record of so many events in those times?

The best answer to this would be ‘inscriptions’. Inscriptions were an important way of writing. They have been helping people to find out more about the past. Do you want to see the most interesting inscriptions? 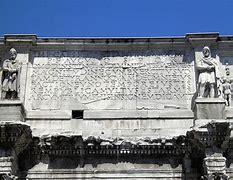 You can find some of the oldest inscriptions around the Arch Of Constantine. You can find these carved on the walls. The best part is that many of them are made up of bronze letters. This will give you a feel of the Roman Empire.

The triumphal arch is very simple when it comes to symbolism. It symbolizes the victory of the great emperor Constantine I [1]. This arch also sets an example in front of other people. It symbolizes the power and the determination to win.

The best things in the world generally have great mysteries and controversies. The Arch Of Constantine also is in debate for its origin and history. There are several people who have claimed that the origin of this arch is not what it looks like.

Many historians have talked about this topic. These debates are persistent even today among many people. The Latin phrase damnatio memoriae is often used while talking about this magnificent monument.

There are several other facts about this beautiful structure. However, it is said that we cannot take out the completely authentic facts as it is all buries in history of the monument. Many things might not even be recorded in the history of the empire.

This triumphal arch is actually much more than just a historical monument. It has its own beauty and significance. The best part is that there are so many interesting things to know about the Arch Of Constantine and many others will always be unknown to us!