‘Dream is not what you see in sleep, it is the thing which doesn’t let you sleep’

This famous and inspirational line was spoken by none other than Dr APJ Abdul Kalam. As a devoted scientist, reluctant politician and the former President of India, he made high strives. His words inspired and moved millions and will continue to do so in the times to come.
Following are the top 7 reasons why we will always miss him.

The former President of India who was known for his simplicity and high intellectual capacity was recognized by the government of Switzerland for his scientific dexterity. In fact, the day he visited the country was marked as Science day there which is celebrated on 26th May ever year. Thus, he not only did great things for our country but also made an impact worldwide.

After the completion of his term as the President of India in 2007, Dr. APJ Abdul Kalam became a professor and wrote extensively. He also launched many initiatives for youth development in the same period.

In 2012, he launched an initiative called ‘What Can I Give Movement’ develop a giving attitude among the youth and to encourage them to contribute towards nation building by taking small steps.

He was an amazing writer who has written some modern classics which have motivated millions at home and at abroad. Following are some of them.

His contribution as a scientist at the Defence Research and Development Organisation (DRDO) and India Space Research Organisation (ISRO) as well as his involvement in the development of Ballistic Missile and launch vehicle technology earned him the name of ‘Missile Man of India’.

He also played an important role in the technical and political working of India’s Pokhran-II nuclear tests which were conducted in 1998.

The former President’s oration skills were applauded by all. He was known for his nobility and optimism across the world. His moving speeches at the United Nations and European Parliament were among the best and were appreciated by a lot of people.

He was a creative thinker who was determined to establish the world-best educational standards for Indians as a part of his youth development program. He traveled the world to talk to students and educators in order to gather more knowledge and also to give speeches. He emphasized on the importance of quality education and providing guidance and direction to teenagers.

Some other awards that he received are: 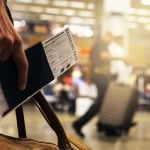 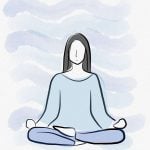