The Miraculous Virali Modi who never gave up

People have a mindset that certain people are disabled, there is a certain category of disability. “Everyone has a disability, everyone is disabled, mine is visible yours isn’t, that’s the only difference,” says the beautiful Virali Modi, a disability rights activist, motivational speaker, model, content creator, actress, influencer & runner up in Miss Wheelchair India Contest who owns a throne for herself.

Virali Modi has an amazing perspective to see life. She knows how to see everything she has ever experienced with positivity. “I don’t consider using a wheelchair as a disability, because as you walk with your legs, I come with my throne, you use the stairs, I use the lift and reach faster, there’s no other difference,” this is how she views it. Virali Modi doesn’t correlate with terms differently-abled, especially-abled. She believes what makes someone special & different is how they view life, how one tackles life, its challenges & struggles. “The fact that you have a disability does not make you special; 5-6% of the population has a disability that doesn’t make you special, that doesn’t make you different.”

Virali Modi was declared dead, her heart & breathing stopped she was clinically dead for seven minutes. “I remember waking up in this room, a white room, I was standing there & was looking around, I could see nothing at first, but then a staircase appeared in front of me, and as I was climbing the stairs, it would disappear from behind me. I reached this huge door having some french detailing on it & I knocked three times, the echo of the was loud, the door did not open & I turned around, and the stairs appeared again & I walked down, and that’s when I woke up.” People don’t believe her when she tells this. However, she still remembers having outer body experiences when she was in a coma for 23 days, where she was able to see herself on the bed and everything that was happening around, her family members crying, “My mom use to tell me that, I use to cry because of that.” At that time, Virali Modi was 14 years old, turning 15. In her earlier childhood days, she always dreamt of doing three things in her life, “One I wanted to get into the glamour industry, secondly I wanted to become a doctor & the third thing was I wanted to help people.” She always used to take books from her parent’s friends who were doctors and read about medicine, and have discussions with them, call them up and ask questions, “I like to say that I’m an unofficial doctor because I do know a lot about medicine, I have had an interest in medicine for about 10-12 years, I have done a lot of research & read up a lot on it & especially with my experiences you learn a thing or two in the hospital.” 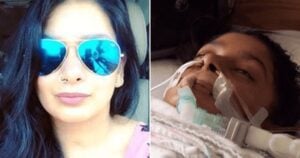 Virali Modi was always very mature in handling situations in her life; being the only child taught her this very early. Initially, when she became disabled, it wasn’t very difficult for her to accept it because she had that background in medicine & she somehow knew & hoped that going ahead in life there might be some new treatments, “why to waste my time cribbing & to cry over something that I know I can’t control right now.” But when she reached out to her friends & extended family, that’s when they made her feel like a burden, & that’s when she realized that’s it’s necessary to process emotions, “just me accepting myself is not going to be enough, other people need to accept me too, but then I can’t expect that from them when I haven’t cried over what’s happened to me & that emotion is totally fine & is necessary.”

Virali Modi: The Challenges faced & the support to overcome them

Virali Modi started feeling depressed because people weren’t accepting her, & then there was a time when her emotions overpowered her, “I even tried suicide attempts, I did try to kill myself, twice.” Virali’s parents taught her a lot about self-love; that was the biggest lesson she learned from them, which she still holds to this day, “You can’t expect other people to accept who you are if you can’t accept yourself.” The other person she truly believes to be her pillar of support is her best friend, Naman Khanna, ” he always had my back, no matter what, I could not have asked for a better friend than him.”

“I don’t say that my disability defines me, but when your country is inaccessible, I have to speak.” Virali Modi had started a campaign, #Mytraintoo, to make railways accessible to all. This was after she was molested thrice in 2008, 2011 & 2013 while she was traveling. 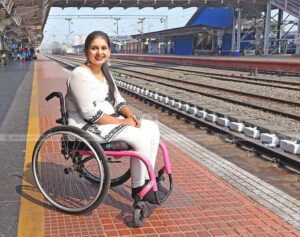 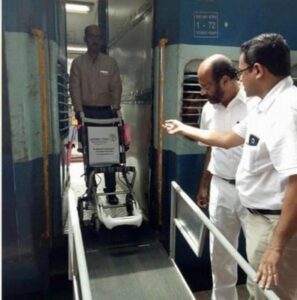 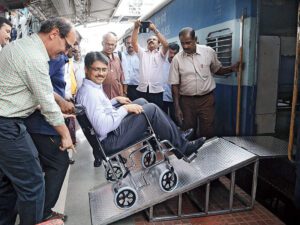 In 2017 a train was launched with hearing & vision impairment, but Virali Modi knew for the fact that this wasn’t enough; a train cannot be known as disabled-friendly by just catering to certain disabilities. “Disability is an umbrella term, women rights is an umbrella term, there are so many sub-factors & by-products that need to be acknowledged.” Virali Modi knew that the government provided services that were easy to implement, rather than taking the hard & long way & making sure that the railways are accessible.

Also, filing an official complaint with the PMO & railway ministry, she didn’t get any valid response. Virali Modi feels that society does not realize the power they hold, which is a downfall, in creating change, “Empowering people to take a stand for the things they believe in.” When she started the petition on change.org, which presently has more than 6 lakh signatories on it, a railway official from Kerala reached out to her.

They came up with the idea of having portable ramps, which had wheels; renovation would have required many permissions. Another proposal Virali Modi had, was to sensitize the railway staff through NGOs. This proved to be a huge success in Hyderabad, Chennai, Orissa, Bombay central, & many others, which have become wheelchair accessible through the same system. For all this awareness she spread, she was acknowledged by the work she put in, she was acknowledged by the BBC Top 100 influential women in 2017. She has also started a campaign, #RampMyRestaurant, to make restaurants accessible for all. 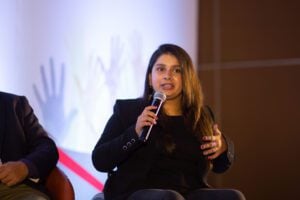 “When you don’t have anything nice to say, don’t say anything at all.” People often ask her if she regrets what has happened in her life, the struggles she faced, whatever experiences you have had, and she says never had she regretted anything. This is because if she regrets anything in her past, she is regretting what she is today. Past has made her into the person she is today, so she never regrets the decisions she made, and all of the struggles she has dealt with the mental harassment has made her understand disability rights & the world in general and helped her grow.

Virali Modi is happy to have made changes; people with disabilities might not have to go through what she had to face at one point in her life, “Treat others the way that you want to be treated, put yourself in a wheelchair for a minute, imagine it, how would you want people to talk to you, talk to them that way. If you want people to be upfront & nice to you, then that’s how you be with that person; if you can’t strike up a conversation, that’s also okay, but don’t stare at them; what is the need to stare? Normalize it, that’s it.” 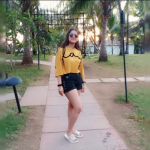 Why Are We Different? The Story Of My College Friends