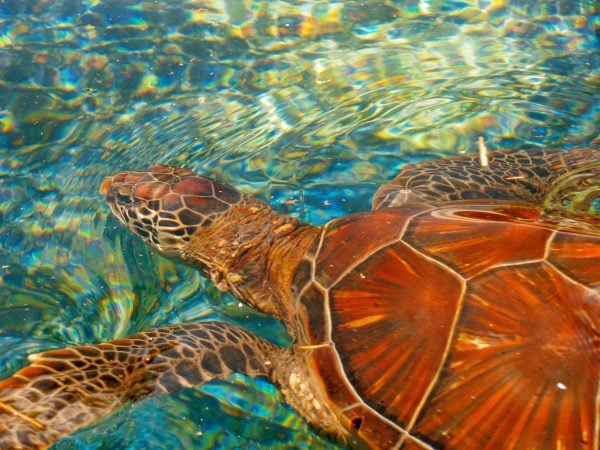 Every person who wants to visit Maui in Hawaii wants to see beautiful beaches, tall and beautiful Palm trees and obviously, sea turtles! Sea turtles are commonly known as “honu” in Hawaii.

They play a crucial role in the environment and the culture of Hawaii Island and the turtle beach Maui.

Sea Turtles have a history dating back as long as 150 million years. These old reptiles are one of the favorite discoveries of snorkelers and divers. Hawaii Island houses to five different species of sea turtles –

The most common species of sea turtle on Maui is the green sea turtle, after which comes the Hawksbill. Other kinds of sea Turtles are usually found in the deep waters.

There is no specific time for watching sea Turtles on Turtle Beach Maui.  Sea turtles can anytime be spotted, mostly swimming on the shore or soaking the sun on the beach.

Remember that the green sea turtles are said to be threatened and extinct under the Endangered Species Act, and touching or harassing them is considered illegal so please stay away at least 20 feet from them as it’s important not to disturb them and keep their comfort and homely environment intact.

The South and west coastlines of Maui give in excellent turtle site-seeing opportunities. Some of the popular locations are as follows:

Turtle Town is a primary location for sea turtles on Maui. It takes place between Nahunta Point and Black Sand Beach but to be specific it is referred to as Maluaka beach.

Maluaka is considered as the best location for snorkeling in the region, is highly populated with the Hawaiian Green sea turtles on Turtle beach Maui.

The tranquil, blue waters attract visitors irrespective of their ages. Take a dip and explore the world underwater, full of fishes and other marine diversity.

Also, if you walk down in the south of the beach until you find rocks at the end of the sand; there you’ll see the beginning of a coral reef where most of the Turtles are found in the turtle beach Maui.

Black Rock is a small and sandy belt in the Northern end of Ka’anapali Beach. This region is famous for snorkeling and cliff diving. It’s also the dwelling of one of Maui’s popular habitats — Volkswagen!

They weigh about 300 pounds and are often seen sailing through the water and masticating the seaweed. Volkswagen is not troubled by humans, still maintaining a safe distance is recommended.

If you aren’t a water person and don’t like swimming, you can think of spending your day at the Maui Ocean Center. This is an aquarium in Hawaii which features both the top and underwater view of sea turtles Maui.

If you are searching for more turtle hotspots, below are some of the prime locations, featuring turtle beaches of Maui:

Turtle’s Town is the number one spot for snorkeling and watching the sea turtles.

After many years of flowing lava into the south shore of Maui, there’s large lava formed underwater known as “Turtle Town” which ranges from Nahuna Point to Black Sand Beach.

In case you get a beautiful viewpoint anywhere on this stretch, you’re most likely to witness a couple of turtles bouncing on waves.

The natural caves, reef, and crevices make an ideal home for Maui turtles. However, you wouldn’t like to miss Maluaka Beach. This is the best place to see the turtles of Maui enjoying themselves underwater.

Grab the snorkels, fins and mask, and get ready to see plenty of sea turtles and a diverse range of reef fish and marine life creatures that will astound you and keep you hooked for hours underwater.

There aren’t signboards or navigations on Maluaka Beach which gives this Turtle Town a pinch of secrecy. You can ask locals or use your GPS to follow and be on the correct route.

Maluaka Beach offers you several amenities which include parking & bathrooms with showers.

Try to snorkel with someone instead of alone as at some levels, and water gets shallow here. Prefer being on the beach early mornings or weekdays if possible as otherwise, Maluaka Beach can be really crowded.

“Sidewalks” as it is earnestly called, is a great choice for beginner snorkelers. The waters are pretty calm here, and there are a lot of corals, fishes and turtles to see.

Water is always clear here so you won’t have to exhaust your eyes even on gloomy days.

This beach is also a great choice for just chilling out, and a lot of rental areas are available here in case you want to do kayaking or some other beach activity.

One more plus point of Keawakapu beach is that it doesn’t get as thronged as the other popular beaches of Maui.

There’s free parking on the beach along with portable toilets and showers for use. There are a couple of restaurants just nearby so you won’t have to worry about food, whether it’s lunch, dinner or some snacks.

This beach is enjoyable for kids too as the not so big waves create ideal circumstances for wave jumping and boogie boarding. The scenery is quite beautiful too, as other islands are visible from a distance.

If you want to get glimpses of sea turtles without actually getting into the water, Hookipa beach is best suited for you. Arrive here before sunset and see the turtles pulled out on the shore, sleeping.

Turtles can be seen throughout the day on the beach, taking in the sun.

Turtles of Hookipa beach are pretty comfortable with humans, so you’ll see them neglecting humans while they click pictures.

The Hookipa beach is beautiful, but the current is strong here, which makes this beach a hub for windsurfing and kitesurfing.

Due to limited parking, people stay for a short period, and the crowd is replaced once every couple of hours. Hookipa beach falls on the way to Hana, so it’s worth being included in your stoppage.

In case you’re in Wailea and willing to see turtles, opt for Ulua beach instead of the very famous Wailea beach.

Parking lots get packed real quick, so consider coming in the early morning for snorkeling. If not, you could be forced to park your vehicles far away from the beach, and you’ll have to walk for a good 10 to 15 minutes to reach it.

Ulua Beach is just next to the Keawakapu beach, which adds the bonus of bathrooms.

Ulua Beach is a good choice for snorkeling for beginners, and even kids can grip this region. The waters are pretty calm, which makes swimming around on the way for you.

Also, Ulua is the Hawaiian name for the huge trevally where small-sized are called Papio. Papio and Ulua are very costly here, and they are taken home for dinner.

There are a lot more turtle beaches Maui to discover in Hawaii such as Kaanapali, Puu Kekaa (also known as Black Rock), where you can enjoy cliff jumping.

Polo Beach offers privacy, Maui Ocean Center where an aquarium is presented, and you can get a lot of information and learn about the history of the marine life of turtle Beaches in Maui, culture, and other things.

Kaelekii Point, which is in the Southwest of Napili Bay, is a calm and easily accessible beach where you can enjoy turtle watching and other activities, i.e. picnic.

On Five Caves, you’ll get an excellent bird’s eye view of sea turtles of Maui. You’ll get amazed to see the turtles float around the waves, sleep and swim here.

What Is the Best Time to Visit Turtle Beach Maui?

There’s not a straight answer to this question. The weather is beach-worthy almost every month of the year, and you can visit Maui any time of the year to see turtles in abundance.

The Valley Isle (a location in Maui, Hawaii) has no offseason as specific.

If you want to enjoy your trip to the fullest, consider visiting Maui and the turtle beaches of Maui in the time of October.

As October is the last month of autumn, Maui offers the visitors the last opportunity to feel the warm weather and clear atmosphere.

The temperature stays stable here throughout the year with a low of 60° and a high of around 77°, but Hawaii has two seasons in terms of weather.

The dry period lasts from April to October and the wet season from November to March. Hence October is the last chance to grab some peak season.

In these times, several exciting events are conducted. Hawaiian Halloween or “Mardi Gras” is one of them. Also, the food and wine festival in Hawaii takes place in October every year, which makes it more eligible!

Even if you come in November, Thanksgiving luaus run here in that period.

Apart from this, organizing your turtle Beaches Maui trip during October will save you from the beaches filled with crowds and mobs and give you a serene, peaceful environment and perhaps great photographs too!

As the off-season means fewer visitors, it’ll get affordable for your pocket as well.

All in all, you can consider visiting Maui beaches in October.

Make sure to visit it in the off-season to avoid unnecessary crowds and to have a great, private and pleasant experience. 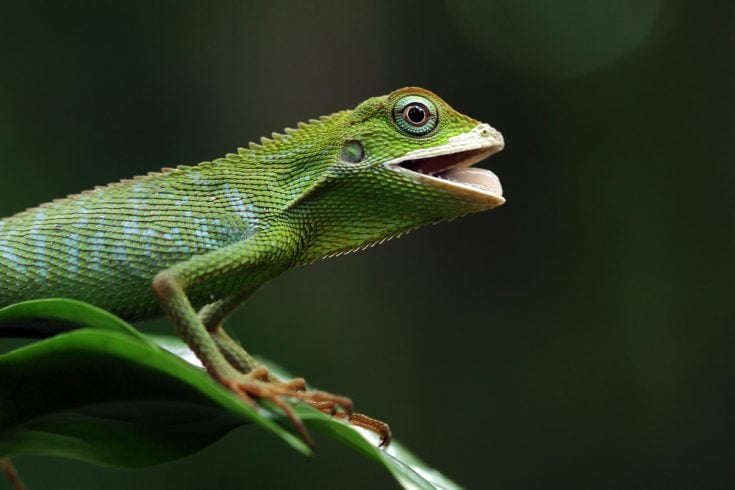