The Biggest Airport in the World: A Concise and Useful Overview 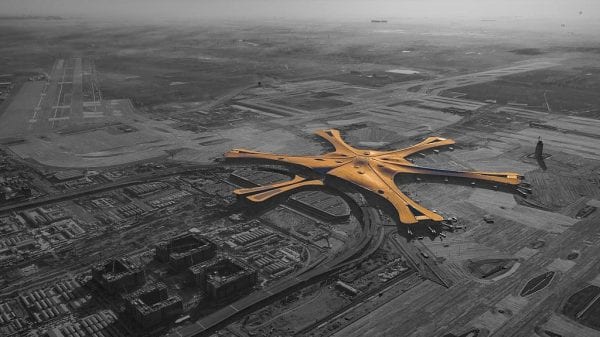 We are sure you have been to an airport, a vast area with extended facilities, primarily for commercial air transport. Airports around the world have proper facilities to store and maintain aircraft. And if you talk about the biggest airport in the world, the facilities are surely going to be top-class.

The airports we will be talking about consists of a landing area, and it includes adjacent utility buildings such as control towers, terminals, and hangers. Airport aprons, taxiway bridges, air traffic control centers, passenger facilities such as restaurants and lodging are also available from medium to large-sized airports.

Interestingly, did you know that an airport specially meant for helicopters is known as a heliport? An international airport has various added facilities compared to the national airport as it connects one nation to another.

So, which is the biggest airport in the world today? Let’s find out. 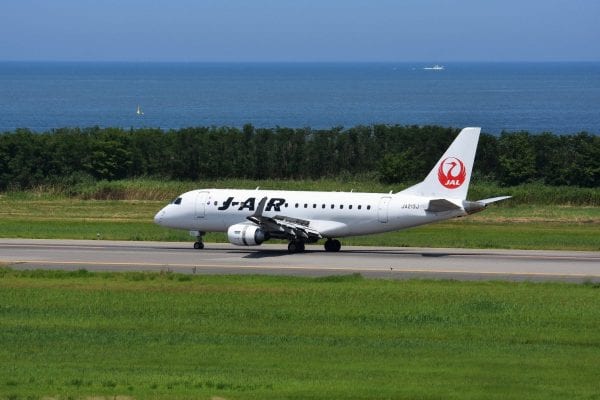 The International Air Transport Association is a trade association of the world’s airlines found in 1945. IATA has been described as a cartel since, in addition to setting technical standards for airlines, IATA also organized tariff conferences that served as a forum for price-fixing.

Busiest and Biggest Airports in the World

Beijing Daxing International Airport was declared as the biggest airport in the world in recent times.

The new airport is situated between Beijing’s Daxing district and Langfang. While the airport sits 31 miles south of congested Beijing, it is connected to the city by a high-speed train, traveling at speed of up to 217 miles per hour. Passengers from 28 cities across China can reach the airport in just three hours using high-speed rail.

There is an integrated transport center beneath the Daxing terminal with a station for high-speed and local rail services linking to Beijing and beyond. Besides, the airport is supported by highways for its effective communication. 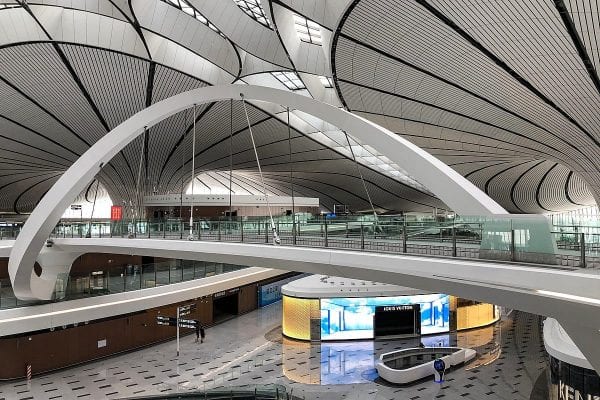 Size and Cost of the Biggest Airport in the World

The huge Beijing Daxing International Airport is expected to serve 45 million passengers by 2021 and 72 million by 2025. September’s initial opening phase features four runways, which will expand to seven overtime. The long-term goal is to handle over 120 million passengers per year and four million tonnes of cargo. This will launch Daxing above the world’s currently biggest airport, Hartsfield-Jackson Atlanta International, which serviced 107 million passengers in 2018.

To date, Daxing Airport has cost US$12 billion to build and is expected to offer 630,000 flights per year. Construction has required more than 40,000 workers, 52,000 tonnes of steel, and 1.6 million cubic meters of concrete. Twice the size of Beijing’s existing Capital International Airport, Daxing is spread over 18 square miles, including runways. The huge new Terminal alone covers 700 thousand square meters, the total area covered by 97 football pitches, and there will be 268 parking bays.

Daxing Airport was designed by the late Iraqi-British architect Zaha Hadid, who has created some of the world’s most innovative buildings, including the Port House in Antwerp and Bridge Pavilion in Zaragoza. Hadid worked on the futuristic Daxing terminal design with ADP Ingeniérie, a firm that specializes in airport design after they won the bid for the airport in 2014. After Hadid passed away in 2016, her firm took on the project and will see it through to completion.

The biggest airport in the world boasts a unique phoenix shape, which has earned it the nickname ‘starfish’ by Chinese media – in contrast to Beijing Capital Airport’s dragon-inspired design. The central hub has six curved spokes extending outwards, reflecting traditional Chinese architecture that connects spaces around a central courtyard. This design guides passengers seamlessly through departure, arrival, and transfer zones to the central hub, which has all services and amenities.

This radial design is also intended to decrease passengers’ travel times by shortening distances from check-in to the gate. This means that passengers will only need to walk eight minutes – 600 meters – from the central hub to the farthest gate and baggage will arrive just 13 minutes after touchdown. Daxing airport also boasts cutting-edge technology such as facial-recognition devices.

Surrounded by nearly 70 square miles of forest, top airport design features include five traditional Chinese gardens in the passenger waiting areas for international and domestic flights. Colors and materials have been selected that reflect Chinese culture, with clean, curved lines and open spaces.

Flowing pillars run from the vaulted roof, where natural light filters in from large windows. Energy efficiency is key to the airport’s design, with shading strategies and high-performance glazing.

Airlines That Will Operate From Beijing Daxing International Airport

The biggest airport in the world, i.e., The Beijing Daxing International Airport, will be the hub for Skyteam, one of the top global airline groups. Its Chinese members include China Southern Airlines and China Eastern Airlines, two of the country’s ‘big three’ carriers. Beijing Capital Airlines has also relocated to Daxing, and other Skyteam members such as Korean Air and Delta operate at the airport. Capital International Airport remains the base for Air China, Hainan Airlines, and Grand China Air.

According to China’s aviation regulator, foreign air carriers will be able to choose whether to use Daxing, Capital, or Nanyuan airport when operating in Beijing. While no official statement has been made, sources predict the Chinese government will consolidate all business and private aviation to Capital International Airport once commercial traffic slows. This plan would be highly preferential to business travelers and private jet charter passengers, as the old airport is far closer to the city center.

With the opening of the causeway that connects Saudi Arabia with Bahrein and the fact that international airlines prefer to schedule stepovers in Bahrein, the biggest airport in the world lost a considerable amount of international air traffic.

With a vast terminal building made up of 6 stories and a massive mosque atop the parking lot, the airport is still an impressive feat of civil engineering and architecture.

Keeping track of these numbers, Beijing Daxing International is up and running, and it would definitely surpass these figures with expected passengers of close to 120 million!

It has been the biggest airport in the world for a large time. Hartsfield-Jackson Atlanta International Airport in Georgia, USA is the world’s busiest airport. It is the only airport to serve over 100 million passengers yearly, and has done so for three years running! The chances are that you or someone you know has passed through Hartsfield-Jackson, as it is the largest connections hub in North America.

This world-class airport has held the number one spot for two decades. The people of Atlanta should be very proud of their airport, as it is considered a model for others around the world, including Beijing Capital International Airport, second on our list.

Beijing Capital International Airport is the largest and busiest airport in Asia and the second largest worldwide, with 95,786,296 passengers in 2017. This airport is presently the third biggest airport in the world.

It is the hub for several large airlines, including Air China, China Southern Airlines, and Hainan Airlines. Beijing Capital International Airport has been expanding tremendously for the past decade and increased its passenger throughput by 1.5% in the past year.

With the Chinese economy booming and Beijing becoming one of the world’s top business centers, Beijing Capital International Airport will continue to grow and meet the demand for outstanding world-class airport services.

It is the second-largest airport in the US and the only airport in the world that all three US legacy carriers (American, Delta, and United) have chosen as a hub. It is also a hub for Alaska Airlines, Virgin America, and Atlas Air (a cargo airline). Membership is just $7,500 per year, with an additional fee of $2,700 for each domestic flight and $3,000 for each international flight. 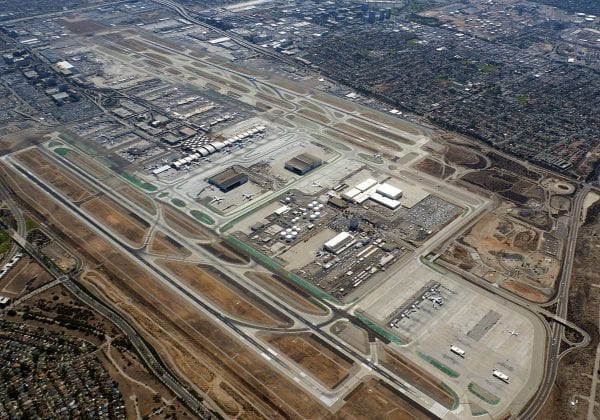 The total surface area of this airport is 13,571 km2. Curiously, you can almost fit two Dallas/Fort Worth airports into the space occupied by Denver International Airport. That’s how big it is! It’s the biggest in the USA, and no one knows exactly why it was necessary to build such a massive airport.

As one would expect, there’s a crazy conspiracy theory out there that explains the reason: the airfield doubles as a huge bunker from where a lot of shady organizations operate! Sixty-five million passengers use the airport’s Terminal, half of whom fly with United Airlines when they do so. Denver is known as the mile-high city because you guessed it, it’s altitude is 1,609 kilometers.

Yes, that’s more than a mile. When taking off from Denver, you’re just a short distance away from cruising altitude! That short distance being around nine kilometers. 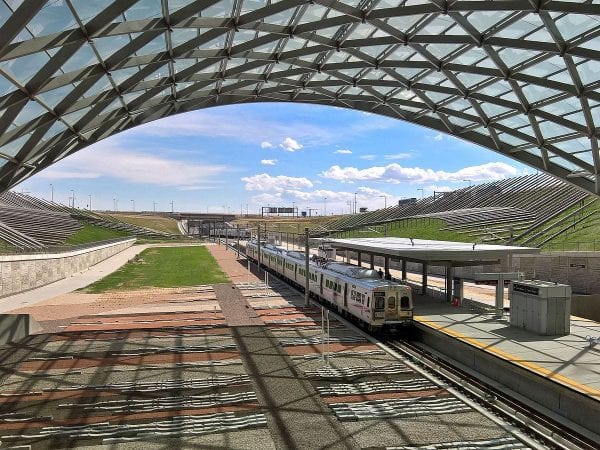 This airport is the leading international airport in Florida and hence is of utmost importance. The surface area is near about 53,83 km2. With a total of four runways, 47 million passengers pass by each year.

It’s surprising to see this airport on the list because no primary carrier uses it as a hub. The airfield is just 20 minutes away from the city and the famous amusement parks. 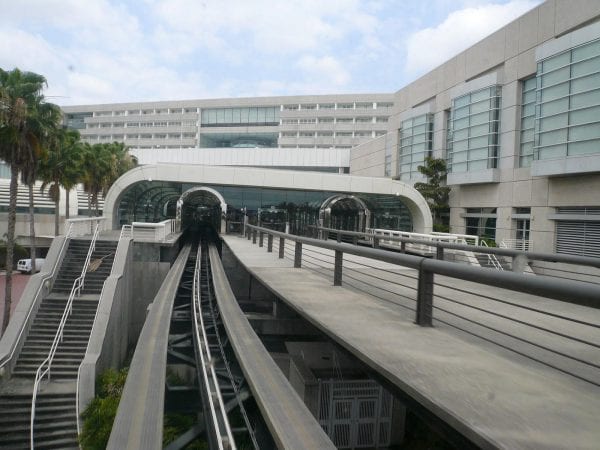 Be careful, though! The airport is only rated 3.7 out of 5 stars on Google and I don’t see it changing much in the future! 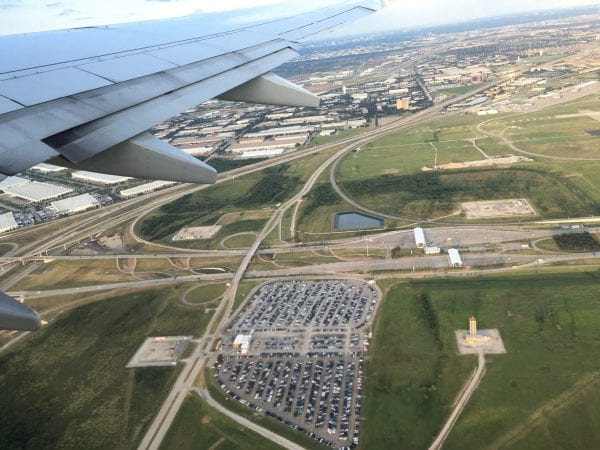 Shanghai Pudong was opened in 1999 to ease pressure on Shanghai’s other airport, Hongqiao, and has since become one of the busiest airports in China. Hongqiao is still a major airport, but it serves primarily domestic flights, whereas Pudong has both domestic and international flights. It is located just under 20 miles east of Shanghai’s city center. The airport welcomes a grand total of 74 million international passengers per year.

The airport was used as an Allied Forces base during World War II. After the end of the war, it was transformed into a civilian airport, and the Egyptian Civil Aviation Authority began its administration.

Today, the airport consists of 3 terminals, three runways, and is the main hub for two of Egypt’s largest carriers- Egypt Air and Nile Air. 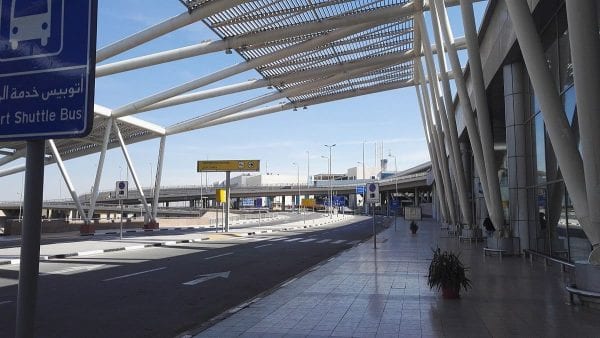 Largest Airline in the World

American Airlines is the world’s largest airline, with 950 aircraft in its fleet (100 more than the runner-up, Delta). In 2016, American Airlines served nearly 198 million passengers, a shocking 50 million more than it did the year before, so don’t count on it losing the number one spot any time soon.

Though its fleet size and passenger numbers are astounding, it falls behind in terms of the number of countries and destinations served. The world’s biggest airlines in those categories are Turkish Airlines and UPS Airlines, respectively.

United Airlines is the safest to travel long distances in terms of safety.

The airport industry is constantly evolving and innovating in response to the ever-changing demands of safety and security, technology, public demand, customer service, government requirements, and tenant needs.

Though Beijing Daxing International Airport is the biggest airport in the world, all other airports are of utmost importance to the world as it provides a broad range of communication to every corner of the world.