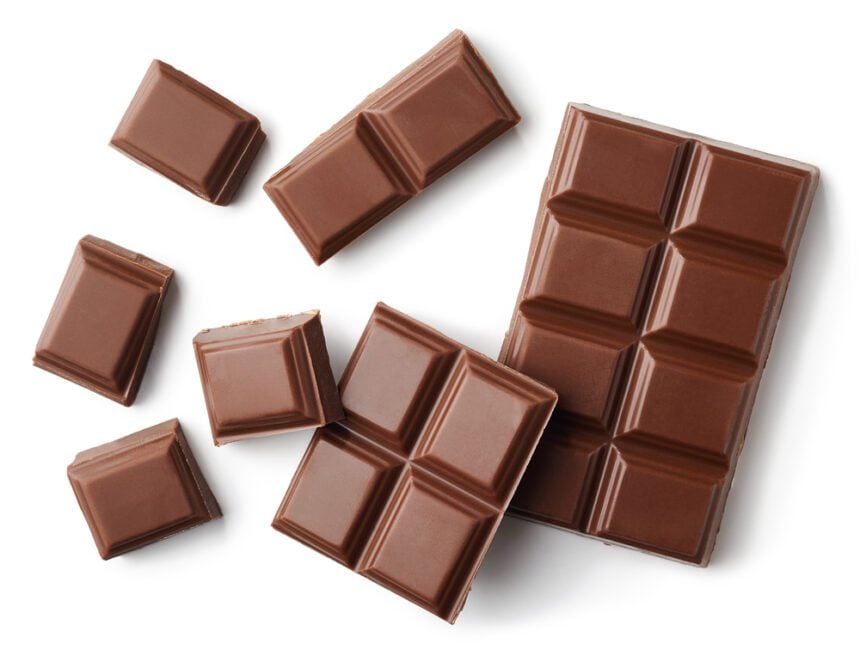 Do you know where does chocolate come from?

Everyone loves chocolate; that’s a universal truth. From chocolate bars and drinks to any food with a chocolate flavour, I think it’s safe to say chocolate has managed to seduce humankind with its bittersweetness. Kids or adults, we all love chocolate.

When devouring the goodness of chocolate, have you ever wondered where does chocolate come from? If yes, don’t worry; we’ll enlighten you with information.

Ever wished it was something that was grown on trees so that you could pluck out whenever you want? Well, if you did wish that, you’re not far off from the truth! Good quality chocolates, whether dark chocolate, milk chocolate or white chocolate, are a bit expensive, aren’t they?

To be simple, chocolate comes from cacao beans. But that’s not enough to quench our thirst for curiosity.

So, Let’s dive deeper, shall we?

Theobroma cacao, also known as cacao tree or cocoa tree as we call it, is the creation of nature that we should thank for the existence of chocolate. They’re native to tropical regions of Central and South America.

And these fruits, ladies and gentlemen, are the key to our sweet treat, the lovely chocolate. But don’t think you can bite this fruit to get a taste of chocolate; it doesn’t because the real deal is not the fruit but its seeds. Now, don’t think you can have a go at it either; raw cacao seeds will leave your mouth bitter… kind of like unsweetened dark chocolate.

Grossed out? Don’t be because there are a lot of processes to reach our final destination, aka, chocolates. Let’s see the step-by-step process of chocolate making.

Once the cacao pods are ripened, they’re plucked out of the cacao trees. And like every other seed, cacao seeds are found inside these orange football-shaped pods. These cacao beans have their fair share of caffeine, giving us more energy.

These pods are then split open, and the cacao beans are separated from them. A single pod contains around twenty to fifty cacao beans in it.

Next is the fermentation process. Why is fermentation done, you ask? Well, it’s because the cacao beans contain a seed coat, a kernel and a germ. So, to destroy the seed coat and kill the germ, fermentation is done. Also, it gives the cocoa a good taste.

Now, how’s it done? Usually, on a flat dry spot, heaps of cacao beans are made and are covered with banana leaves. A little stirring from time to time helps. And folks, this is when the beans turn dark brown.

These brown fermented cacao beans are left in trays and leaves to dry in the sun for about a week to get them dried properly. During this process, the beans get reduced to half their weight. Once dried perfectly, they’re shipped off to chocolate manufacturing companies.

As the beans reach the hands of chocolate companies, they’re roasted. During this process, the outer shells get removed, and cacao bean meat is broken down into pieces, called cacao nibs.

Once roasted, these cacao nibs undergo a winnowing process to sort them according to their size.

This is how the granular cacao nibs turn into liquid, essentially due to the melting of fat in the nibs. In this process, the cacao nibs are ground into what is known as chocolate liquor or cocoa mass. Cocoa butter and sugar are then added to this liquor.

Blending is done to break down the particle size of milk and sugar into the desired size. Here varying quantities of cocoa butter and liquor are used to make various types of chocolate.

Moulding is the final step. Here, the blend is allowed to cool and mould into shapes as decided by the moulder. Whether it’s chocolate animals or chocolate bars, this is the step for it to become one finally.

Who’s mind conjured the idea of making this delicious treat of chocolate from a bitter seed? Whoever it is, they’re a genius.

It is unclear when or who invented chocolate. But what we do know is that the history of chocolate began in ancient Mesoamerica, or today’s Mexico. It is said that the first cacao tree was found here.

The Olmecs, one of the earliest civilizations in Latin America, are believed to be the ones behind turning the cacao beans into heavenly chocolate. They also believed that they used cacao to make ceremonial drinks and medicine.

The Knowledge of cacao got passed to the Mayans of Central America. The Mayan history of chocolate says that chocolate drinks were used in celebrations and transactions.

Mayan chocolate was a revered brew which contained roasted and ground cacao seeds mixed with water, chillies and cornmeals. They created a thick frothy drink, called “xocolatl”, by pouring this mixture from one cup to another.

Did you know Aztecs used cacao beans as currency? Because they considered it was given to them as a gift by God Quetzalcoatl. Come on now, can we blame them?

No. Chocolate, let it be in the form of a drink or chocolate bar, feels like it indeed is a gift from God. The Aztecs drank it as a refreshing beverage and drank it before wars. Makes sense, considering the caffeine content in it.

From Mesoamerica via Central America to Spain!

That’s right, chocolate first reached Spain and then conquered the whole of Europe with its mind-blowing taste.

On intercepting a trade ship, some say Christopher Columbus found cacao beans and brought them to Spain. Others say Hernán Cortés discovered chocolate during one of his expeditions. No matter who introduced it, the Spanish loved chocolate. It’s said that the Spanish added sugar and honey to sweeten the drink.

And soon, chocolate seduced Europe and made its way into people’s hearts. The Europeans brought a twist to the traditional chocolate drink recipe, adding cane sugar, cinnamon and other spices to bring out different flavours.

The invention of the chocolate press revolutionized chocolate making in 1828. Coenraad Van Houten, a chemist, introduced the idea of using a hydraulic press to press the chocolate liquor, producing cocoa butter and powder.

He also introduced alkaline salts to chocolate to reduce bitterness. This pressed chocolate is known as Dutch cocoa and was an important element in turning liquid chocolate into solid.

In 1847, Joseph Fry created the first-ever chocolate bar, enabling people to consume chocolate as food other than a beverage. He also made the mass production of chocolate possible, making it widely affordable and cheap.

In 1875, Henry Nestle and Daniel Peter discovered how to powder milk and thus creating the world’s first milk chocolate bar.

And then, as you can see, more machines were invented, more techniques came, and with each flavour, chocolate became tastier and tastier.

Now we have chocolate in shapes and flavours that we wish. It’s safe to say that chocolate mania isn’t over; it never will be. The word chocolate is mouth-watering, whether it’s a part of a drink or ice cream or a dish.

Now, chocolates are not solely for our taste buds. It’s not only delicious, but it also has health benefits. It’s a good source of nutrients in its pure form and moderation. Dark chocolate is an excellent source of minerals like magnesium, zinc, iron, phosphorus and copper.

Getting scientific, we can say chocolate is rich in flavanols like epicatechin and catechin, as well as anthocyanins and phenolic acids. They improve our brain functions, protect cells from inflammation and boost immune and cardiovascular health.

While some may find dark chocolate to be comparatively less tasty, it’s the most beneficial. Dark chocolate helps lower bad cholesterol and blood pressure and reduces the risk of heart diseases.

So, if someone gives you a lesson on why you shouldn’t eat chocolate, throw these health benefits at them and defend the honour of mighty chocolate!

Hope you now know the answer to the infamous question, where did chocolate originate. The next time you bite into a piece of sweet, heavenly chocolate, try to remember the history of chocolate and its journey.

And hey, if one of your friends starts to ask, “Where does chocolate come from?” don’t hesitate to answer them.