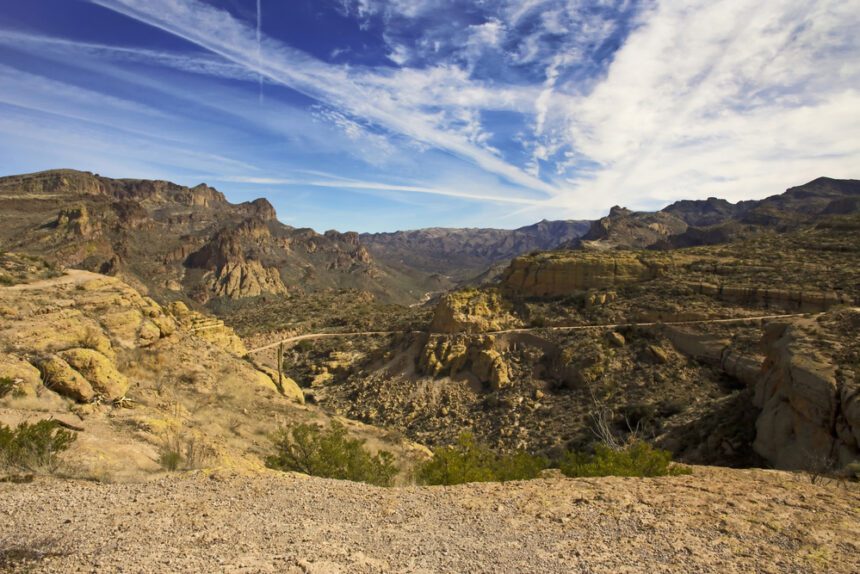 In 1871, 50 White Mountain Apache scouts helped General George Crook fight the 15 days long Apache war. On the other side of the battleground was the Chiricahua community. Their leader, Geronimo, surrendered in 1886.

In the 18th and 19th centuries, the U.S. military often employed Native Americans, i.e., the Indians, as famous Apache scouts in Apache wars with tribal groups. These scouts did the job of keeping soldiers informed and served as threads of communication between the military and the native tribes (White Mountain Apache Tribe). One of them was the white mountain Apache.

But the Apache scouts happened to be on the winning side. So they got to keep a vast portion of their homeland to themselves. The place is today called the White Mountain Apache Reservation or the Fort Apache Indian Reservation.

The White Mountain Apache was a small community of tribal bands living along the east and north fork of the White River and nearby creeks. They used to farm corn, sunflowers, beans, squash, and such small crops. They used to live on hunting deer, fishing, and collecting other forms of forest produce.  This originally included the San Carlos Apache Reservation, which was later separated by an act of Congress in 1897.  In the 1860s, US troops marched to their land on a scouting expedition. They intended to kill, capture, even exterminate entire villages of the Apache people. They moved forward in the direction of the cornfields they had spotted, marking the white mountain Apache settlements.

But the hospitality and kindness of the Apache villagers saved the day. Instead of weapons, military men saw white flags erected on huts. Instead of striking, the people offered to cut corn for their horses. The officers were obviously taken aback at this unexpected turn of events. The Apache had won over their hearts. To quote them, “If we had fired upon them, we would have been guilty of cold-blooded murder.”

Today, the white mountain Apache tribe has over 16000 members. Some live on their ancestral land, while others live and work all over the world in this outdoor recreation land. Recreational activities, historical and cultural centers, resorts, and other tourist attractions are an important source of livelihood for the community.

The White Mountain Apache Reservation lies to the south of the Mogollon Rim. It has a diverse landscape ranging from high elevation forests to desert scrub. It sprawls over a jaw-dropping 1.6 million acres, including more than 500 miles of refreshing water bodies and year round swimming pool. Standing tallest of all is Baldy Peak, towering 11403 feet above the ground. This pristine sanctuary is home to several wildlife species like the Mexican wolf.  The Apache trout and the loach minnow swim in the freshwater streams. Birds include the Mexican spotted owl and the bald eagle.

The Fort Apache Indian Reservation is home to thirteen different tribal communities, including Canyon Day, Cedar Greek, Rainbow City, Fort Apache, and many more. These communities have origins in different habitats in North America. But the white sacred mountain Apache simply believes that they came from the Earth and belong to the Earth, that’s simply the Apache life.

The white mountain Apache own and run the Sunrise Park Ski Resort. The resort is situated 11000 feet above sea level. No wonder it offers such breathtaking mountain vistas. The resort includes Sunrise Peak, Cyclone Peak, and Apache Peak. During winter, you can go downhill skiing on these peaks in East Central Arizona. It is Arizona’s largest ski resort and summer outdoor adventure park.

The mountains are clad with fresh powder, just the right landscape for skiing and making your winter memorable. But if you cannot make it during winter, no worries! You can go mountain biking, horseback riding, and zip-lining during the rest of the year.

Sprawling over a stretch of 288 acres is Fort Apache Historic Park; this tribal historical fort Apache consists of 27 historic buildings along with the park’s former parade ground. The park’s theme depicts the troubled relations between the white mountain Apache tribal council and the other Native American tribes.

Toward the western end of the historic park lies the Apache Cultural Centre and Museum. The cultural center preserves archives, historical writings, artifacts, and the oral history of the white mountain Apache tribe. Through exhibits and educational programs, the community tries to tell the story of their cultural traditions and past. They want to foster learning and appreciation of their society and culture.

The White Mountain Apache administers an archeological site named Kinshiba ruins. The Kinshiba ruins are not just a precious source of knowledge but also a National Historic Landmark. These ruins narrate details about the lives of two Native American tribes- the Mongolian tribe and the Ancestral Puebloan tribe. Kinshiba lies 5000 feet above sea level, to the north of the Salt River Canyon. These ruins date back to the 12th century, and it seems that people lived there till the 14th century. Kinshiba has 9 major building mounds, two large apartment blocks, and two communal courtyards. The courtyards were probably reserved for religious ceremonies.

The white mountain Apache has been a tribal group living on forest produce in the past. Naturally, hunting has an important place in their culture and traditions. It even has religious importance for them. The elk is a member of the deer family and one of the largest terrestrial mammals in North America.

Earlier, the reservation had the Merriam’s elk. But today we don’t see it anymore, probably because of hunting and overgrazing. Today we see the Rocky Mountain Elk. The tribals believe that it is born out of interbreeding of the Merriam’s elk with the Rocky Mountain Elk. They call it the trophy bull elk. The Fort Apache Reservation is considered to be a world-class hunting ground.

The White Mountain Apache gives fair chase hunting opportunities for non-members. At the same time, they do the job of managing and conserving wildlife. They hunt and set traps to control predators who may hurt the population of elks. As a result, the elks don’t live in fear of being preyed on. They grow to be massive animals and are enlisted as being of least concern by the IUNC.

Elk hunting in the white mountain Apache reservation is something people have on their bucket lists. Experienced and seasoned hunters can go hunting on their own. They can ask for permission from the tribals, get the license, pay the fees, and hit the dusty trails right away.

Others have the option of a guided trophy hunt. The guides are people who have spent their entire lives on the reservation. They know the game and can increase your chances of going home with a kill. Moreover, they also help you process and carry your kill home.  If you are planning to go elk hunting, you need to stay updated with the conservation laws. Laws about hunting, permission, licensing, fees, and fines are always evolving.

Surrounded by tall pines alongside a clear sunrise lake, you may be tempted to erect a tent or two and sit by a warm fire in the night: the white mountain Apache issue camping permits, even monthly ones. You don’t have to reserve a spot as such; it works on a first-come, first-serve basis.

There are especially secluded and remote camping sites called primitive camping areas. These areas don’t have a toilet and garbage facilities. Campers take home their trash and waste (including human waste) when they are done. For example, the stretch of woods alongside the black and salt rivers is a primitive camping area. It would help if you had special use permits for staying there.

Hawley Lake is a 300-acre lake surrounded by pine, spruce, and yellow-colored aspen trees. The waters feel mildly warm during summer, allowing visitors to go in for a relaxing swim. You can also fish and sail, as long as you have the necessary permits.

Around the lake, you can find full furnished cabins to stay in. There are cabins in different sizes ranging from one bedroom to five bedrooms. These cabins belong to the Community Development Centre. The banks of the lake also have a store, a gas station for bikers, and a boat rental. The only thing they don’t offer is internet services, which is not half as bad as it sounds!

In 2012, the Theodore Roosevelt School at Fort Apache was given the status of a National Historic Landmark. The reason was the importance of the school site in the assimilation of Native American tribes (White Mountain Apache Tribe). The school in question was earlier a military post from 1870 to 1922. Since 1923, it started operating as a middle school.

The white mountain Apache is an epitome of tolerance and kindness. If you look at it objectively, they have a brave past. They have taken thoughtful, future-oriented steps to ensure the survival of their tribe. They had fought through times when all odds were tipped against them. They have made compromises but have made it to the other side. And that’s why there’s a lot we can learn through their history.

That was our piece on white mountain Apache. Do check out similar articles on the website!