Are you also wondering, “Who are the members of Blackpink?” Then you have come to just the right place.

A well-known K-pop girl group Blackpink has a massive fanbase all over the world. The Blackpink girls are an American Girl group from South Korea formed by Label YG Entertainment. This girl group consists of 4 members, namely Lisa, Rose, Jennie, and Jisoo.

The band name “Blackpink” is a combination of two colors, black and pink.

The group name “Blackpink” came from the contrast with the perception of femininity generally associated with the color pink and the bold tough nature of the color black.

When Blackpink debuted, YG Entertainment released the name “Blackpink,” which intends to convey the group as the power pack combo of both beauty and toughness. And the Blackpink members represent it.

Let’s have a look at the career of the members of Blackpink.

YG entertainment started preparations for the debut as early as 2011, and then YG entertainment declared on November 14, 2011, that their new girl band would debut in the early half of 2012.

There were numerous rumors about the delay of their debut as there had been no official information related to the group’s debut. But finally, On June 29, 2016, YG Entertainment revealed that the new girl group would have four members instead of the originally planned nine, and the original name of this band was BLACKPINK.

Blackpink debuted just four months after the disbandment of 2NE1, and the Blackpink members started ruling on a million hearts.

Promotions and the release of teasers, images, videos, and advertisements started began the first week after the debut of this K-pop girl group. They were the first girl group to debut under YG Entertainment in seven years.

On 8 August 2016, Blackpink released their first Korean single album Square One which contains two tracks- Boombayah and Whistle. Blackpink members revealed the name of their fan club as BLINK from the band name BLackpiNK.

The Music video “As If It’s Your Last” broke the record of the most viewed K-pop group music videos on YouTube in the first 24 hours of release. Blackpink made its Japanese debut on 30 August 2017, with the release of a self-titled Japanese extended play that included their Japanese versions of previous singles. Later Billboard declared them one of the best K-pop groups of 2016.

Blackpink released the first episode of their first reality show, “Blackpink House,” on January 16, 2018. The show comprised 12 episodes and had a storyline of members of Blackpink spending 100 days of vacation as they moved into their new dorm.

On June 15, 2018, the group released their Korean songs album “Square Up,” an extended version of Square One consisting of four tracks “Ddu-du Ddu-du,” “Forever Young,” “Really,” and “See you later.”

On October 19, Dua Lipa and Blackpink collaborated on a new track, “Kiss and Makeup.” This led to an increase in their international fans.

In November 2018, members of Blackpink announced their tour dates for their In Your Area World Tour, which took 13 dates across Asia from January to March 2019. In the same year, Blackpink signed with Interscope Records in a global partnership with YG.

Kim Jennie is popularly known as Jennie. She was the first member of Blackpink declared by the YG entertainment.

Jennie was a trainee for the longest six years other than the other members of Blackpink. Jennie lived in New Zealand till she came back to South Korea in 2010 and raised her fluency in English in addition to Korean and Japanese. She is the main rapper, lead vocalist, and face of the group.

YG family revealed Kim Jennie as the first group member of Blackpink on June 1, 2010. She joined the YG and began training for 6 years.

She had been introduced publicly for the first time in a photo titled “Who’s that girl?” on YG entertainment’s Official Website. Jennie came across multiple collaborations as her part of promotions. She appeared in G-Dragon’s music video and was featured in the song “Black” from his album Coup de’ tat (2013).

On November 11, At Blackpink’s Seoul concert, Being a first member, Jennie made her first solo debut with her individual track “Solo.”

SOLO made a Blockbuster entry at No. 3 on Billboard’s World Digital Song Sales chart. SOLO is a hip-hop number that has a texture of k pop elements. Jennie is the first South Korean solo female artist to reach these many views on the global video-sharing platform.

Her rapping style, dance moves, and her cute expression always got a focus on every Blackpink’s viral videos. Among the members of Blackpink, she is the first to achieve all of this.

One of the members of Blackpink, Jennie, is the best at cooking. She can play piano and the flute. She loves photography, one of her hobbies is taking pictures. As you can see in her Instagram Handle @jennierubyjane, she has many clicks other than her photos too.

Outside the music industry, Jennie sets global beauty standards and is followed worldwide. Jennie represents many brands with advertisements. The following is the list of the brands that chose Jennie as their model.

Lalisa Manoban is popularly known as Lisa. She was born (birthday on March 27, 1997) and raised at her birthplace Buri Ram in Thailand. She studied in Praphamontree School I and II.

She was a part of a dance crew during her young days. Lisa is multilingual. She can fluently speak Korean, Thai, English, and basic Chinese and Japanese.

She is the main dancer, lead rapper, and a supporting vocalist among members of Blackpink. Lisa is the youngest member of Blackpink.

On June 8, 2016, Lisa was declared the second member among the members of Blackpink. She was the only person among 3000+ applicants who passed the YG entertainment’s auditions held in Thailand and became the first foreign trainee in 2011.

In 2013, Lisa appeared in the music video for Taeyang’s “Ringa Linga.” Later she became a spokesperson of Nona9on, a street-wear brand in 2015, and also for cosmetics brand Moonshot in 2016.

On September 10, 2021, Lisa made her solo debut with her single album “Lalisa,” having two music videos, “Lalisa” and “Money.” Lalisa broke the record of the most viewed music video of a solo artist on youtube with 73.6 million views in 24 hours of its release. Lalisa also broke the previous record of Taylor Swift of 65.2 million views. She got a captivating expression while dancing and rapping that often became international attention in Blackpink’s viral videos.

Best Clip of the year(international) in 2021

As one of the youngest members of Blackpink, she loves to watch movies and take pictures. She enjoys eating chicken with the other members of the dorm. She loves Snowboarding and watching it at the Olympics. She loves to have Red velvet cake and Coca-Cola too. she likes to collect Lipsticks. She loves to do experiments with her hair colors, as you can see in her Instagram handle @lalalalisa_m.

Lisa became the artistic, creative, and image director for various luxury brands. Here is the list:

Kim Jisoo is popularly known as Jisoo. She was born (on January 3, 1995) and raised at her birthplace Gunpo, a city province of Gyeonggi in South Korea.

She has an older sister and older brother, and she is the youngest. Jisoo did her schooling at the School of Performing Arts, Seoul.

Jisoo was revealed as the third member of the female k pop group on June 15, 2011.

In July 2011, When she was 16 years old, Jisoo joined YG as a trainee, and in her pre-debut years, she appeared in several ads and music videos. She starred in EPIK HIGH’s “Spoiler + happy ending” music video and HI SUHYUN’s “I’m Different” music video.

Kim Jisoo joined Inkigayo as an MC. She entered in Acting world in 2019 with a short cameo appearance in a TVN drama “Arthdal Chronicles.”

The YG agency confirmed the lead role of Jisoo in the JTBC drama “Snowdrop“ with her co-star Jung Hae-in. Despite being the oldest among the members of Blackpink, she would be the last to make her debut among the members of Blackpink. In June 2020, Jisoo’s solo debut got confirmed, but due to Snowdrop’s filming schedules, no release dates were revealed.

Jisoo is part of the following Luxury Brands:

Roseanne Park (Park Chaeyoung) is popularly known as Rosé. She is a Korean-New Zealand Singer and dancer.

She has an older sister named Alice. She was born in Aukland and then lived in Melbourne, Box Hill(Australia). Rosé plays the guitar and piano as a Blackpink member.

Rosé was the final member to be revealed as one of the members of Blackpink on June 22, 2016. She joined the agency through the YG entertainment’s auditions and ranked first among the 700 applicants in the audition held in Australia in 2012.

She was told to come back to Korea to join the agency, and after she moved back(according to Weekly Idol), her whole life changed, and she has lived a very different life from that time till now. She starred in G-Dragon’s track “Without You.”

Rose made her solo debut with her single album “R” in March 2021, and the album consists of two tracks, “On the Ground” and “Gone.”

She loves to draw and play the guitar, and Rosé plays the guitar and piano. She enjoys biking. See more inside her Instagram handle roses_are_rosie. 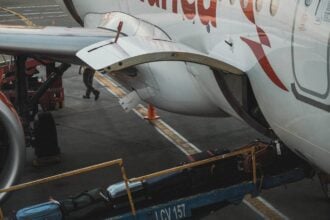