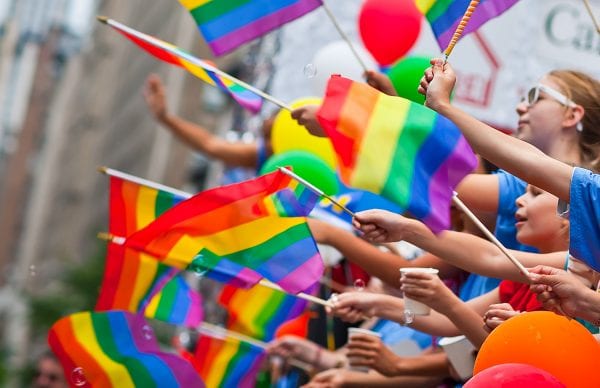 My fifth-grade English teacher told me a lot of other things too. Her firm belief was that this tiny constellation of letters ruled the world and that if we threw dictionaries at everybody’s faces and ensured that our fellow souls chose their words very, very carefully, we would ultimately have peace and harmony and order and yada yada yada. I didn’t buy it then, and I don’t buy it now, but that’s far from the point.

She said something else: a tiny (or not tiny) simmer of truth. “You often say a word, and it will eventually lose its meaning.”

Words – And What They Truly Mean

Who eats avocados anyway? They are left abandoned in the grocery stores- heaps and heaps of them staring green-eyed at empty bins of onion peels and sold-out cucumbers. Yet, every “literary fiction” racy novel shall have a dreamy-eyed professor who will profess his love for avocados much before the plot (if any) is revealed. This is partly because one is considered vaguely intellectual if one likes fruit (sure, my IQ depends on my taste in fruits).

Now that I think about it, nobody says “avocado” all that often. Congratulations, avocados, you have retained your identity.

Of all the words are so recklessly thrown around, “love” is perhaps the most battered. Sure, it’s a pretty word, and its callous exhaustion has made it quite popular. But have we put too much burden on the tiny shoulders of these four tiny letters? Have we told the universe that it only functions because of this tiny little word- this pegged-out sequence of alphabets that have all but lost their purpose?

What do I mean when I say I love someone? That they matter to me? Or was it meant as a mere “thank you”? Or was it supposed to be an incentive for them to buy me food? We have an entire industry running on the belief that everybody wants to celebrate the existence of these four tiny letters that don’t even understand their purpose anymore. I’m not complaining, of course: as I said, love is a pretty word- but are we allowed to draw lines on things we don’t understand?

(Or queer or pansy or dyke or whatever- the fact that the word hangs out on a string of other, equally egregious words is saddening enough, really).

We’ve been put inside boxes all our lives: tiny, air-tight cardboard boxes with off-white labels plastered all over them, so much so that our skins have started to peel when the tags come off, and we have been defined solely by the bumper stickers that adorn these boxes we’ve learned to live in. But as all labels go- they barely define anything accurately.

We don’t call guys “gay” because we see them romancing other men; we call them so because they have neat handwriting and impeccable fashion sense. They just happened to be born with naturally long eyelashes. These are as big indicators of one’s sexuality as avocados define one’s intelligence.

We call them “gay” because we’re trying to police our way around this world, trying to define how things are “supposed” to be. Because we’re so terrified of the unknown that we would rather scrunch ourselves into a tiny run-down cardboard box than be a part of something bigger, something better.

“Gay,” in all technicality, is meant to indicate a sense of joyfulness or color- since when did that become an insult? Even so, since when is one’s sexual orientation a testament to anything else? These “gay” men are confused, sure- but only as to why it’s anyone else’s business when it comes to what they are. Besides, we are worth more than just these boxes.

We seem to be stuck in we don’t belong in these boxes anyway: boxes are stuffy and confining. We belong out there- tearing the cardboard apart and making paper ducks. We deserve more than ill-researched stickers- for you are not your color, gender, nationality, or sexual orientation; you are made of everything in between.

When men die every day to fight for the fundamental human rights they so clearly deserve, why do we take the backseat when it comes to the war against injustice? Because, to our world, “gay” is an insult- who would fight for the rights of the “stupid”? This is as good as that.

You Often Say a Word, and it Will Eventually Lose its Meaning

Don’t let tiny words kill the world. That guy who cheated in a football match is not gay- he’s dishonest. Your boring math professor is not gay- he’s uninteresting. Those yellow embroidered curtains are not gay- heck, they’re curtains; curtains don’t have a sexual orientation, let them be.

Perhaps my English teacher was right- if we were to throw dictionaries at faces, if we were to teach more powerful words and better insults- there wouldn’t be an entire clan of people withering away every day because of the misuse of a simple three-letter word. We can find acceptance in the most unlikely places, but hey! not in cardboard boxes.

So, step out of them. There’s an enormous sky to look onto, and better things to think about. The universe is what you want it to be. Untainted. Unscarred.

Congratulations, America! Peel away the stickers, rest of the world!