Book your weekends and let the popcorns pop out because its movie time for all you Bollywood movie lovers. The upcoming Bollywood movie lineup is indeed the best and is surely going to keep you wanting. This upcoming bollywood movie would hit the theaters on 25th January 2017. The trailer has already caught the eyes of the audience. This is an intense love story of two visually impaired individuals who fall for each other to bring light in their dark world. But we all know the light in life has to somewhere go off. The leading lady gets raped and the story then portrays the revenge for loss of true love.

The trailer of this Aashiqui 2’s  lead pair’s movie is already out and the countdown for the release date has already begun. This movie revolves around two young individuals who are about to take off to pursue their dreams in different parts of the world. These two tender feet who are not keen in getting into any kind of serious emotional attachments get involved in a relation with no commitments and only happiness. As seen in the trailer, they end up falling for each other. So will they compromise on their love and prioritize their careers or would love leave behind their modern aged concept of relationships.

The sequel of Ek tha tiger is about to get released in the next Christmas. The duo of Katrina Kaif and Salman Khan was liked by the audiences in the prequel and hope with the release of this upcoming bollywood movie the same expectations are met. This historical love triangle starring Ranveer Singh, Deepika Padukone and Shaid Kappor directed by the Legendary Sanjay Leela Bhansali is been very eagerly awaited by the folks. Hope this upcoming bollywood movie too fulfills our expectation like Bajirao Mastani. The story of this much awaited SRK movie revolves around the most callous gangster of Gujarat in 1980’s. The gangster happens to be clever king in the business of liquor whose business is once challenged by cop. And gradually to seek revenge he turns into the most ruthless gangster of the state by creating supporters of his black market. When the two legends of love story decide to join hands in the same movie, the results are expected to be into another legendary love story that would win the hearts of the masses. The trailer of another awaited love story starring the king of Romance- Sharukh Khan and Anushka Sharma seems to be beautifully crafted love story. The romance between a tourist guide and Gujarati girl takes a drastic change when the guy meets with an accident and refrains from recognizing the lady love of his life. Jagga Jasoos is about to hit the cinema hall in April 2017 after going through a delay of around 2 to 3 years. As the name suggests, the story revolves around a young detective in search of his father. The movie is comic drama. Hope this piece of entertainment by Anurag Basu lives up to the expectation of the audience. This rom-com staring Anushka Sharma and Diljit Dosanjh as the lead pair is the upcoming bollywood movie by the makers of the biggest hit “NH10”. This movie portrays a love story with one of the leading actors as a ghost. This movie may have all the comic required to lighten your mood, romance to make you fall in love all over again and may be a touch of thrill. Badrinath ki Dulhania about to release in the second week of March starring Alia Bhatt and Varun Dhawan is the second love story by the makers of Humpty Sharma ki Dulhania. Having a backdrop of the World War II by its side, this upcoming bollywood movie portrays the love triangle through Shahid Kapoor, Kangana Ranut and Saif Ali Khan. This movie would be the first movie where Shahid Kapoor would be staring opposite Saif Ali Khan. Hope this love triangle by the brilliant film maker Vishal Bhardwaj fulfills the expectations of the audience. 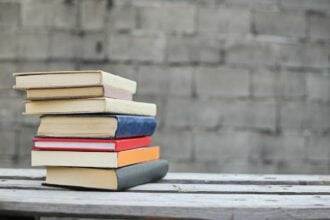