George Orwell’s Nineteen Eighty-Four is a Sneak Peak in the Future?

How well have we heard that Robots will rule the world in the coming years? Or very soon someday, Aliens would invade the Earth? Even if these rumors find a way to reality someday, we’d still crave for the days when Summer vacations meant relaxation and not waiting to join a coaching class, when winter meant having soothing evenings. In all, days that are spent under the freedom light are the days when we actually live. 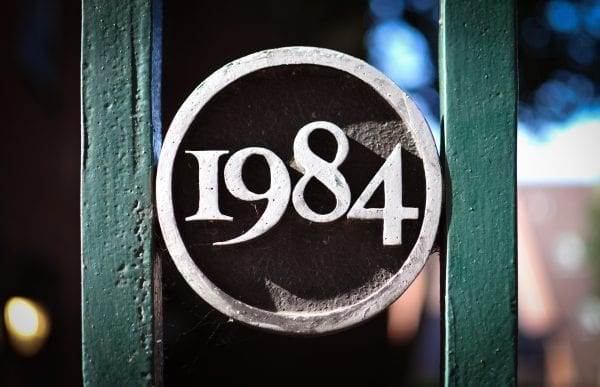 When Orwell wrote the book, classic Nineteen Eighty-Four, the time meant a major factor that shaped the book as the words did. It was when World War II came to an end. Things were unstable in the economy, and democracy was under a weighing scale that tangled between dictators and people. When there were thoughts, penned down in diaries more than they were spoken out, and society was in an ambiguity to handle life, love, settlement and resourceful; productive life.

First published in June 1949, Orwell’s dystopia based novel is an eye-opening piece of words, that gives a sight of then predictable future, that fell in the hands of a governing body that would set a question mark on its citizen, and the society; would fumble calling it a less humane society, that seemed more like an ‘Animal Farm’!

Orwell’s predictions for future were solely based under his influence of politics, societal league and rationing of unnatural predictions. Orwell had been a rebel in thoughts, the kind that values freedom of speech, intercepting emotions to form a ranging of valued opinion. 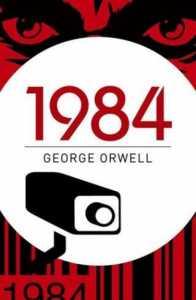 What do you find in the Book?

The book plots about future predictions of the year 1984, and tells about the alliance that rules Oceania. People are free physically, but have an eye on them, the ‘Big Brother’ and The Party that powers, is the dictator.

The protagonist of the book, Winston Smith; works under a ministry. He solely expresses the skyline thoughts of solstice, willingness to escape the cage that keeps him bounded. Smith works under the Ministry of Truth where his prime work includes modifying history, diction and evidence according to what the Party asks for. He is frustrated, dissatisfied and irritated of being eyed on. But as he has to face survival, he keeps working for the Ministry.

He finds Julia, his co-worker with mutual soft feelings. They work together and with a consent, continue their affair, even when being eyed on. Their mutual understanding was meant to be a reason for their survival? Was it to compete fiercely to the alliance? Was it to conquer their ultimate fear by supporting each other? Or do they betray one another in the end?

These are the twists that keep engaging the reader as the plot revolves.

While their love grows slowly, Smith often feared, and later waited to be caught, to finally admit his hatred for the Party to his dear friend and Party-mate, O’Brien.
O’Brien would admit he disliked the rules of the Party, but can he be trusted wholeheartedly?

O’Brien calls Smith to meet him, admitting his affair with Julia, and hands him over a copy of Emmanuel Goldstein’s work. Winning the trust of his friend, O’Brien moves his wave cleverly to unveil the secrets Smith has been keeping from him.

The book further changes its tone under a mysterious and magical tone. Making the reader feel if this was how it was planned? If things happened in favour, would they seem fair and impartial? Towards the end of the book, one experiences emotions that are rooted in fears, trust, love, betrayal, punishment, opportunities, loyalty, and dictatorship.

One keeps wondering in the idea of freedom, and what actually it means. One does not know it, until it is taken away. We can only predict things we haven’t come across, but does this apply when it comes to being a puppet for Love, Survival and Totalitarian rules?

Idea Behind the Book

George Orwell was one of the writers that have a separate culture of thought. Orwell believed in individualism, naturalism and organizing life as a whole under the influence of power and wit.
Orwell had fought various wars that influenced his life and way of thinking majorly. Orwell’s justification for writing about the war, seemed clear as he said,

“War is Peace.
Freedom is Slavery.
Ignorance is Strength.”

By which he meant that when it comes to hunger, when it comes to casualties of war, you claim to have peace with the situation you’re in. The nation, fights as a whole when it is in the state of war. So was explained in the book, but the journey of Orwell’s service in the army had a different story to tell.
His ways were difficult, they were different, they were sarcastic and yet, he knew what had given him the power to think that way –
It was, the people he had seen, smiling despite of torture, promoting growth in destruction, narrating tales of fables that lead their heart on an adventure to follow its dream. It was then, when Orwell had written what he had seen, like a popping balloon, after readily flying in the sky with asteroid and dermis.

George Orwell had written a ‘compilation’ of words that connects the opposite trends of the universe. It connects Law to Interception, Love to Betrayal, Naturalism to Impressionism, Past to Future and somewhere beyond that. It won’t be justified to judge Orwell’s thoughts keeping his own, but to make a list of options that very well vary from the perception he had brought to life!

His words are pure, yet hindered through the norms the time has set. His assumptions are not baseless, but provoke the inner voice that fights for freedom of thoughts, less influence of strategy and no part of an outer decision that would hamper their living.
As the book ends, you happen to make your own world, under a few pages; in a position to write some more.