The Best 5 Key Features of the Indian Constitution

What are the major 5 key features of the Indian Constitution?

The biggest motivator of our freedom fighters was the image of a free country. The one where people make and follow the rules, the one where every citizen has fundamental rights, the one where equality exists, and the entire country stays in harmony.

What is the Constitution? 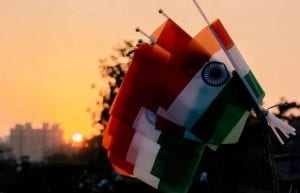 Democracy and equal participation in decision making was the basic ideas on which the Constitution was made. A group of 300 people (called the Constituent Assembly) were bestowed with an essential task of creating a set of rules and principles which a vastly diverse country like India will accept and follow.  It is a great achievement that they made a constitution that is still relevant and accepted by every group to this date.

At that time when the country was suffering from the fresh wound of the separation, the economic status of the country was in ruins, and the national unity was at stake; their vision of how this Golden Bird should be revived and made secure so that it can be at the top of the world again came in the form a written document known as the Constitution of India. 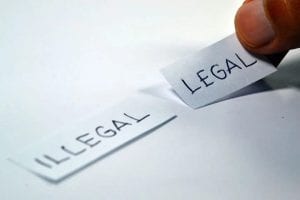 It is not a surprise that the Indian Constitution is the largest and the lengthiest Constitution of the world, looking at India’s vast diversity. The fact that the culture & language change every 250 km in India, the single set of rules and regulations for the entire country should be gigantic.

5 Key features of the Indian Constitution are: 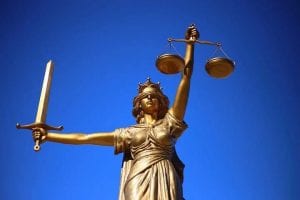 With a country as vast and populous as India, it is absurd to think that only a handful of people can run the entire country. The grievances of every citizen have to be heard. Different levels of governance were required. Federalism is the existence of varying levels of Government. As we all know, the Government in India has three tiers, namely the Central, the State & the Local Government.

We are introduced to the idea of Federalism when we first enter kindergarten. Our class teacher is our immediate head. She reports to the supervisor of the primary school wing who, in turn, reports to the principal of the school.

The principal can’t run the entire school alone, so they distribute authority and power to the supervisor, who, in turn, distributes power to the teachers under her. Federalism is the distribution of power so that the governance and administration are smooth for everyone.

The States have been given power and autonomy in decision making for the state by the Constitution; however, they must follow the rules and regulations laid out by the Central Government. This was important to ensure that no state becomes so autonomous that they demand to be declared as an Independent country. 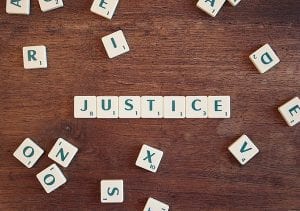 5 key features of the Indian Constitution contains the lists depicting the law-making power of every tier of the Government. The lists are Union List, State List & Concurrent List. All issues are put under these lists. For example, laws related to International Affairs have been placed under the Central list, which means that only the Central Government has the right to make laws relating to this.

Issues like Internal trade, tourism, and Art have been placed in the State list. The benefit of having these lists is that it ensures there are no clashes during law-making processes. Every tier knows its powers and restraints. Also, the source of money for each level has been described in the Constitution.

It is a myth that the states are just agents of the central Government. This is what is precisely is the key feature of the Constitution, every tier has been given certain powers and responsibilities so that there aren’t any clashes, and the governance is smooth. The harmony between the different levels is what makes or breaks the essence of Federalism.

One of the essential key features of the Indian Constitution is its aspiration to involve everyone in the decision making and the governance of the country. This is achieved by adopting a parliamentary form of Government. The motto of Government of, for and by the people is followed. In the parliamentary way of Government, elected representatives run the entire country.

These representatives meet in the various assemblies where they draft laws and discuss issues of the country. These elected representatives have the important task of representing their respective areas/constituencies and help to ensure that the decision being taken is not unfair to their territory. Debates and discussions are the essentials in the parliament. 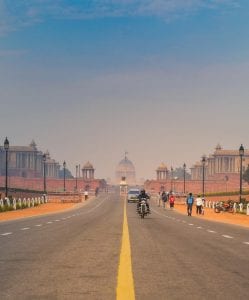 As the name suggests, the elective representatives are the people who the common folk elect to represent them in the decision making of the country. These representatives are accountable to people in case they are unhappy with governance. The Constitution offers Universal Adult Suffrage to every citizen, which means the right to vote irrespective of caste, status, race, or gender. The Constitution also gives the right to protest elections to everyone (unlike Monarchy, where the heir or decision-maker had to be of the royal family). This is how the participation of everyone is ensured.

One of the 5 key features of the Indian Constitution was based on the selection of candidates who will run the country. To run a nation, we have Federalism. One cannot function or make other function if S/He do not possess powers to take some action and the ability to bring, implement & amend/modify necessary changes for the country’s benefit.

The Constitution thus gives power to various organs of the Government, namely the Legislative, the Executive, and the Judiciary, who ensure the above. This is to keep the Sovereignty of the Nation intact, that is, the power of any nation to take and implement decisions. 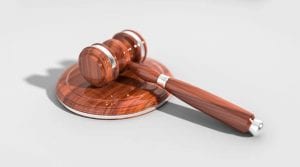 It is clear from the name of the three organs; Legislative: Law Making and Amending, Executive: Law Implementation & Judiciary: the grievance hearing and suggesting amendments. All these organs have been given different powers. This power separation is done to ensure there is no misuse of power from any one-tier. Unlike the Monarchy or Autocracy where all power lies with a single organ, this division of power sets up a system of “Checks and Balances.”

Everyone checks the other’s work and also is being monitored by the other. The most evident is Executive is reviewed by Legislature, which in turn is checked by the Judiciary, which further is governed by the Constitution i.e., the Judiciary. This ensures power balance, which also provides the Democracy of the country.

The most basic rights are the ones that make the country a democratic one. These rights are the most important among 5 key features of the Indian Constitution. These protect every individual against any misuse of power by other people or Government. These rights are given to everyone irrespective of their class, gender, or status. 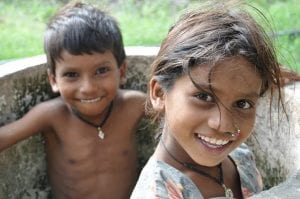 The Constitution gives the power to claim these rights in every situation, and any laws cannot be made, which violates the fundamental rights. This is the most critical feature of the Indian Constitution. 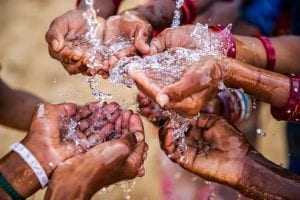 Unlike the proper belief, anything which deals with religion is “Non-Secular.” The religious books are Non-Secular books because they are specifically written for a particular religion. Spiritual matters are very sensitive in India, due to wounds of the past. There was a need to ensure all religions are given equal status in India. This is what Secularism is.

Secularism means to not associate with religion while taking any decision. A secular country is the one where there is no discrimination on the grounds of religion. With a country like India, where different religious groups are in the majority in specific geographical locations, this key feature of the Indian Constitution protects the minority groups there. 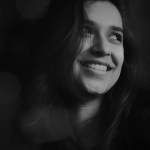