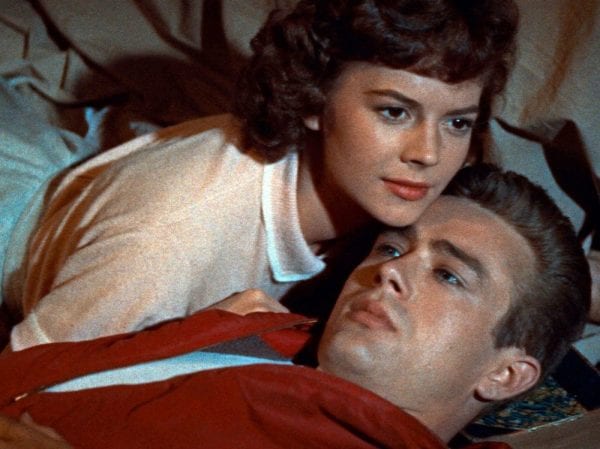 We all love movies especially those which could help to relive our favorite moments like going out for a trip, spending time at a beautiful cafe, malls, chatting with our friends. Basically, all the adventure that you have/had every day in your teenage and which makes you feel alive could be felt again through movies. A list of 7 amazing movies about being a teenager, could help you out!

We all can admit that being a teenager is not easy. Everything is new. We get emotionally sensitive, meet new people, learn new lessons, make more mistakes, fight to meet the family’s expectations. It’s like a whole life experience packed-up in a box called teenage. What can be better than magnificently directed movies on this list!

“I can’t pretend to be a teenager but I feel like I never really stopped being a teenager.”

(Know here, what teenagers do for no absolute reason!)

Amazing Movies About Being a Teenager- What Makes Them Amazing?

Well, there is so much we can talk about this topic because these movies are not just filled with much love, adventure, drama, experiences, twists, but also with events that will affect character’s life, mental health. It shows how they were able to cope with all this and let you experience their journey. Their journey is what you might be looking for!

Let’s admit it, deep down, we’re all down for these movies because somewhere in our heart, we know these movies are going to be so relatable and that excites us about knowing more about the lives of the characters in these amazing movies about being a teenager.

7 Amazing Movies About Being a Teenager

And the above quote is something that you will learn from the movies of our list. Here is the list of seven amazing movies about being a teenager that may look like old school, but their impact is still strong as it was before.

The first movie on our list is the ‘Rebel Without a Cause’, and this movie is still capable of giving you goosebumps with the life and dialogue by James Dean, and also, no can deny the obsession for the word chicken for James Dean in this movie.

This movie is all about a boy figuring and finding who he really is. Parents are not always right regarding making your life decisions, and what makes this movie even more special, is that this movie is one of only three movies in which James Dean has starred, which made him a legend.

“We all are pretty bizarre.”

Anyone who thinks that being a teenager is not hard as compared to the life of being an adult, well, this movie is all ready to change your perception. Breakfast Club movie would take you behind the life of a teenager and experience struggles that each teenager deals with on a day-to-day basis.

This movie is about how five students get to know each other, even after, knowing that they are all from different social societies and realized they not different as they thought they were. Some moments in this movie are too dramatic and disturbing as they have to think about their social status, parents’ expectations.

“It does not do well to dwell on dreams and forget to live.”

Harry Potter series is one of the most popular series in the world, not just because of all monster-fighting, action scenes, good magic, dark-magic, but also a display of true friendship, a life of three teenagers and a message that tells that you don’t need to be blood-related to be a family. There was no way that we could’ve forgotten to add this legendary movie on our list.

The start of the series forms a family-friendly lifestyle and by the time they get teenagers’ lot in the Harry Potter, the series gets serious and will see some emotional moments and revelation of truth surely is going to give you goosebumps.

This movie is about a boy who was raised by his evil uncle and aunt. He realized that he had a greater purpose in his life after he received a letter from a very prestigious wizard and witchcraft academy called Hogwarts, but this is just the beginning of the story because the movie is based on the novels which are a worldwide sold out. The Harry Potter fans are in millions, and I can say that the Harry Potter series is one of the best movie series of all time.

“Wait a min doc….ah….are you really telling me that you built a time machine?

‘Back to the Future’ movie is about a teenager who traveled through, but instead of going to the future, he traveled back to the past. His presence in his own past things started to change around him and to fix everything he has to go back to the future.

This movie shows that sometimes your problem can be solved just with little assistance or guidance from an elder. There is always interference from an adult at any phase of your life, and another point, no one should forget is that everything happens for a reason.

There’s no point in thinking, changing the past could’ve changed your future, and this movie is one of the best space-time movies of all time filled with adventure, drama, romance, and comedy to make this movie legendary.

Revenge of the Nerds movie is about that no matter who you are, what are you, you’ve all had your moments when you have to stand up for yourselves and let others know that your opinion matters and standing up for what’s right matters too.

This movie will take you to the life of a teenager, in which anyone can learn some excellent life lessons from these nerds because they are about to wage war against other popular student’s clan. Some moments are guaranteed, and will make you cheer for the nerds.

“I never had any friends later on like the ones I had when I was 12.”

The characters in this movie learn about death when they experience life and death situations in front of their faces and the movie is filled with friendship, life, course of the journey, and death. If you’re looking for a movie to experience how they learned about death the hard way, which also leads to their journeys, watch this one out.

‘Grease’ starring John Travolta is a movie filled with beautiful choreography like high school musical singing, but the one difference that makes this movie even more special, is that it is filled with 70’s theme teenage life experience and take you to the past and let you experience beautiful 70’s time.

This movie is filled with all the teen adventure and lets you travel through time. Still, the only things that remain the same until ages are the journey and life of a teenager and which is why this movie is amongst the most amazing movies about being a teenager.

This one of the amazing movies about being a teenager is about a boy who is worried that if he will be in a relationship or tell anyone about his true love, he might lose his bad-boy image. Now, the decision he makes will determine what kinds of person he is willing to become, and of course, with the catchy tunes, this movie is truly amazing.

A Brief of the Amazing Movies About Being a Teenager:

So, this was our list of seven amazing movies about being a teenager, that makes you live stressful and adventurous times of anyone’s life. These movies are the ones you should at least watch once in your life because they are so much more than just drama. It can also help you and give you hope and strength that you’ve been in this hard time, which is nothing compared to what you or any teenager faces daily, and with these movies, you can enjoy your favorite moments from the movie from our list.

TAGGED: Back to the future, Breakfast club, Grease, Harry potter series 2011, Rebel without Cause, Revenge of the nerds, Stand by me, teenage movies
Ayush Singh September 2, 2021
Share this Article
Facebook TwitterEmail Print
What do you think?
Love0
Sad0
Happy0
Sleepy0
Angry0
Dead0
Wink0
Leave a comment Leave a comment