7 Best Cemetery Monuments Around The World

Man’s final journey leads to ultimate peace from the clamor of material life. The Best Cemetery Monuments in the world preserve the recollection of some unforgettable personalities.

Each of the continents in the world has cemetery monuments that describe the anecdotes of suffering, struggle, and sacrifice. These are the places where either a soldier or a prince or even an ill-fated family rests in peace.

From an architectural point of view, these monuments reflect aesthetic designs of different forms of materials. The designs differ through headstones, tombstone designs, granite monument designs, traditional and vintage gravestone designs, and more.

We are presenting you with the 7 best cemetery monuments in the world. They are known for their design and amazing stories. So have a tryst with them.

7 Best Cemetery Monuments In The World

Situated in Minato City, Tokyo, Aoyama Cemetery is one of the most beautiful cemetery monuments in the world. Known for its cherry blossom trees and aromatic plants, it is stretched to 26 acres area.

This cemetery monument preserves the Meiji era essence. Meiji restoration was an attempt to exclude the feudal system and to establish a centralized government. As a result, it changed the political atmosphere, and people remember it as an auspicious era of Japanese society.

Named after the Aoyamas of the Gujo family, it was established in 1874 as the first public cemetery of Japan. So if you are looking for an oasis amid the revelry of urban life, Aoyama Cemetery appears as the best choice.

The uniquely shaped headstones and incredible mausoleum exhibit artistic finesse. One of the biggest cemetery monuments in Tokyo, it exhibits the graveyards of Japanese and foreign people.

Some of the popular headstones for national and international importance are:

Between March and early May is the best time to visit this one of the most multifarious cemetery monuments in the world. During Hanami, a traditional Japanese custom to see blooming flowers, tourists and history students visit Aoyama Cemetery to see cherry blossom trees and sakura. You can check the details here.

Many poets, athletes, politicians, martyrs, and those who designed Australia are buried at Waverley Cemetery. Among the top cemetery monuments in the world, it is situated on Bronte cliff, Sydney.

You might have seen this cemetery in movies like Tim (Mel Gibson) and The Great Gatsby (2013), where burial scenes are performed. R. Watkins and P. Beddie had designed the cemetery, and it was opened in 1877. Waverley Cemetery is the most ravishing example of Victorian Era art and architect.

It is also one of the largest cemetery monuments in the world, featuring more than 90,000 burials. Most of the burials are headstones and white marble cemetery memorials.

The incredible aesthetics of Victorian-era cemetery monuments, cemetery headstones, and funerary furniture are reasons for a visit. Waverley Cemetery also exhibits scenic views of the ocean.

Some eminent personalities buried here are:

The cemetery remains open round the year. Guided tours are available each Saturday. Tourists love to spend their coastal walk in the area.

3. The Tomb of The Unknown Soldier, USA

War often brings devastating results. Yet, it is the bravery of soldiers that decides our cultural fate. We have already witnessed two world wars and can only remember the greatest sufferings of the martyrs through cemeteries.

The Tomb of the Unknown Soldier is among the neo-classical cemetery monuments designed to pay homage to unidentified soldiers of World War I. Later the bodies of unidentified martyrs of the Civil War and the Spanish-American War found their final resting space. It was opened in 1921 to preserve the remains of these heroes.

The Tomb of the Unknown Soldier is situated in Arlington County, Virginia. It is made of a white marble sarcophagus with a simple design. The sarcophagus is decorated with three wreaths, representing: Valor, Peace, and Victory.

The cemetery remains open daily from 8 am to 5 pm. This is one of the most visited cemetery monuments by presidents, foreign officials, military, and public figures. You can plan your visit here.

France exhibits one of the remarkable cemetery monuments in the world: Père-Lachaise. It is situated in the 20th arrondissement of Paris with 70,000 burials.

Père-Lachaise is one of the most visited cemetery monuments in the world, with 3.5 million visitors yearly. It was the first garden and municipal cemetery in Paris. This cemetery is another aesthetic representation of neo-classical architecture.

The cemetery exhibits an amalgam of European and shrine styles. Architectural style varies from Neo-baroque to eclectic and monumental to Haussmannien. It is stretched to an area of 44 hectares.

Visitors can observe the graveyards of eminent personalities like Oscar Wilde, Frédéric Chopin, Molière, Jim Morrison, and others. The graveyard of Abelard and Héloïse is the oldest burial dated back to the mid-12th century.

Père-Lachaise has a rocky terrain with verdant trees. The peaceful environment rejuvenates with alluring sculptures. In addition, it exhibits rose gardens, lemon groves, and stone crypts.

The cemetery remains open year-round with guided tours on weekends. You can visit this place according to your convenience. Free tours are available every day except holidays.

Green-Wood was among the first rural cemetery monuments in the USA. It was established in 1838 and now has become a National Historic Landmark with distinguished headstone grave markers. This cemetery covers 478 acres of area and features Revolutionary War Historic Site.

Glacial ponds, valleys, and paths welcome you at the entrance. Green-wood cemetery has kept around 570,000 graves. You will find a rich collection of early 20th century mausoleums. Custom-designed granite graves preserve some granite memories of distinguished personalities. The collection of old and laden trees cover the whole site that gives greenery a new dimension.

Each year 500,000 people visit this magnificent cemetery monument. It is a member of the Audubon Cooperative Sanctuary System that attracts bird watchers across the globe. It also offers recreational activities like history trips and hiking.

Artists, baseball legends, diplomats, scientists, innovators, and several inspirational figures are buried here. People have an indubitable attachment with this place for its rich history.

Green-Wood cemetery organizes regular visual and performing art programs. You can attend them to know about the history and architectural importance of this place.

Trolley Tours and Group Tours are the best means to observe this one of the best cemetery monuments in the world. You can also explore various theme-based tours that run around the year.

The Thracian Tomb of Kazanlak is one of the oldest cemetery monuments in the world and a UNESCO World Heritage Site. Its existence dates back to 44 BCE. It was discovered in 1944 and got heritage status in 1979.

It is famous for the Hellenistic period murals that depict Thracian social unity. The tomb is part of the Thracian necropolis and is known for its unique design.

This vaulted-brickwork beehive tomb is located in Kazanlak, Stara Zagora Province. The tomb itself is a representation of the burial customs of the Thracian culture. The archaeological findings describe the different aspects of social fabrication during cremation.

There are many interesting objects of interest for historians and art lovers. The corridor and burial chamber designs have unique features of the Thracian era.

Murals on the walls illustrate horses, chariot, slaves, and several parts of the funeral feast. The tomb is situated on a rocky hill, and the burial custom resembles the old practices of Egyptian society.

Museum of History Iskra officially conducts the tours for visitors and students. Most of the artifacts are preserved in the museum where you can see them. It remains open from 9 am to 5 pm every day. You can check the details here.

Among the popular cemetery monuments of Latin America, La Recoleta Cemetery has nearly 6,400 tombs.  It is situated in Recoleta, Buenos Aires, Argentina. In addition, the cemetery has the mentionable tomb of the first lady of Argentina, Eva Perón, and was opened in 1922.

Like the Green-Wood cemetery of the USA, it keeps the graves of eminent politicians, artists, and army generals, activists. The cemetery illustrates the golden age of Buenos Aires (1880-1930). The upright monument headstones provide an epic artistic exuberance.

The statutes of crying widows, angels, and infants create a melancholic but marvelous effect. The stones are well crafted, and bronze plates have calligraphic inscriptions. La Recoleta Cemetery is among the most visited Latin American cemetery monuments.

The cemetery greets you with its oldest tombs at the entrance. Rufina Cambaceres’ tomb is the most artistic demonstration of the Latin American art sphere. This cemetery monument has a collective impression of different arts in the world: Greek, Egyptian, and Gothic.

Known as the city of the dead, this cemetery remains open round the year. Free guided tours are available from 11 am to 2 pm every day. It also offers a weekly guided tour to explore the La Recoleta neighborhood. You can avail of the details here.

The best cemetery monuments in the world mentioned in the article have social, political, and artistic importance. They have remarkable gravestone designs and embellish the finest paintings, inscriptions, and other artifacts. So, if you are interested in art, history, and culture, plan your trip today. 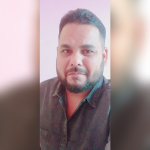