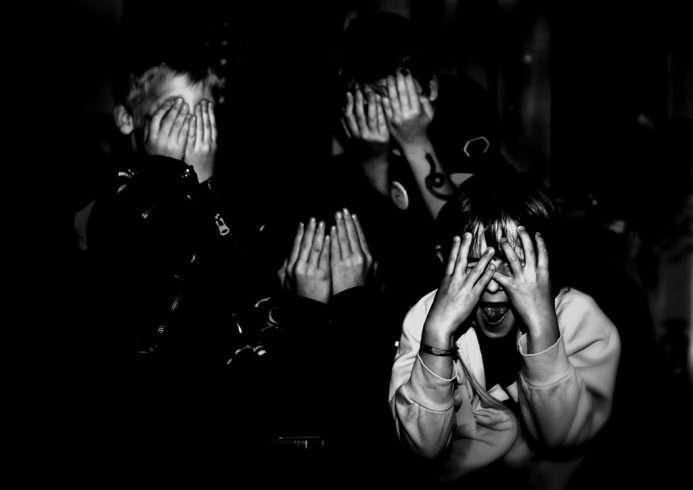 A movie of the horror genre will never disappoint to entertain you! Here is a list of eight new horror movies for you to check out.

The horror cinema will never fail to offer you the best of movies. New horror movies are directed and written to force the audience to think and leave them startled. A ghost story is the best story to watch when in the mood to watch something creepy.

Best Scary Movies of All Time

The wrong turn will leave the genre fans with goosebumps. This new horror film stars Charlotte Vega, Daisy Head, Bill Sage, and Matthew Modine. It was released on Hulu in January. The release date of this must-watch movie was 26th January.

It would have been a hit for sure if this movie had been released in the theatres, as this was based on a true story. The duration of the horror film is one hour and forty-nine minutes. The story of the film offers a reboot to the film series.

It features a cult in Virginia who are violent to people from outside as they try to interfere in their self-sufficient civilization.

Spiral is one of the scariest new horror movies stars Chris Rock, Max Minghella, and Marisol Nichols. Spiral is the 9th part of the Saw franchise. The first three movies received a great response from the audience.

It was decided that it would get a theatrical release in May 2020. However, this was delayed to May 2021.

Fear street part one: 1994 is an American teen slasher horror film. It is the first film in the trilogy that was released in 2021. The story of the horror film revolves around a group of teenagers haunted by an old evil who was accountable for several heinous murders that have scared Shadyside for centuries.

Shadyside is a small town where the teens live. Fear street part two: 1978 stars Emily Rudd in the lead role. People of any age can watch this film series. These first three movies received positive feedback from the viewers.

The prequel of this new horror movie was one of the best horror movies. The entire film and its story will leave you amazed.

The second part of the film is one of the best horror movies of 2021. This sequel follows the initial deadly home invasion where the protagonist resides until his past sins bounce back up.

If you love to watch movies of the horror genre, then this fast-paced movie is the best. But if you haven’t watched the first part yet, do that.

The movie Halloween kills the 12th instalment of the Halloween franchise, so watch the first 11 before you jump into this. It is an American slasher movie starring Jamie Lee Curtis, jib rail Nantambu as a young boy and young son.

Michael Myers also reprises his role as the serial killer boy who murders his elder sister, a young woman. Michael Myers is one of the most popular fictional characters.

This American dystopian western action horror film is a must-watch new scary movie. The story revolves around people who try to run away from America after an insurrectionist movement commits crimes and murders continuously.

The film stars Josh Lucas in the role of Dylan Tucker, Ana de la Reguera in the part of Adela.

This 2021 American zombie heist is one of the best horror movies shot in Las Vegas. It has been directed by Zack Snyder and has an ensemble cast comprising of twelve actors. It was released on Netflix on 21st May and in some theatres in America.

The sequel of A quiet place was released in 2021. The film stars Emily Blunt and John Krasinski in lead roles.

It is one of the must-watch new horror movies because the plot of the release is very intriguing. The release of the movie in the theatres was delayed several times due to the pandemic. The story of the film revolves around the Abbott family.

October is the month of Halloween, and all Halloween fans want to know everything about their favourite movies. Here is a list of facts about some scary pictures that you did not know:

Initially, the Army of the dead was going to be connected to the dawn of the deceased. However, later it was decided that it would be developed as a unique franchise.

The opening sequence of a quiet place was the last scene that was shot. This is because the main actor, John Krasinski, had to shave his beard for the same.

Here are some horror films that did not make the list of new horror films but will keep you hooked from the beginning as their story is extremely interesting, and once you start to watch them, you won’t move from your couch!

This is one of the few new horror movies directed by James Wan that received mixed reviews from critics. The story of the horror picture revolves around Gabriel, who has special powers.

The Conjuring: The Devil Made Me Do It

One of the most awaited films of the year, the third film of the Conjuring universe stars Patrick Wilson and Vera Farmiga in the lead roles.

This is one of the new horror movies distributed by Warner Bros that will impress you with its story as it revolves around demonic possession. After the release of the movie in theatres, a good response was recorded from the audience.

A Canadian science fiction scary movie, Come True, stars Julia Sarah Stone and Landon Liboiron in lead roles. The plot deals with a teenage runaway who participates in a sleep study that leads to examining the power of dreams.

The picture was premiered in Canada in 2020 and was released in select theatres this year in March.

This is one of the new horror movies that are also funny. The movie is loosely based on a short film of the same name. It was revealed in February that there might be a follow-up of the movie.

Halloween season is not only for creepy movies. Sometimes you want to watch something scary and funny. Here are some movies that fit perfectly into the horror-comedy genre, so check them out and enjoy.

Shaun of the Dead

This movie is considered the most iconic horror-comedy, and it is the first part of Edgar Wright’s Cornetto Trilogy. The plot revolves around a leading man trying to win back his girlfriend during a zombie apocalypse.

This Canadian science fantasy picture was written and directed by Steven Kostanski. The duration of the film is 99 minutes, and it will keep you hooked from the beginning.

If you want to watch a movie with a new concept and storyline this Halloween, Freaky is the right choice for you. A teenage girl suddenly swaps her body with a deranged serial killer and now has to convince the world about the same. Directed by Christopher Landon, this picture will not fail to make you laugh or feel scared.

It is a movie for people who love to watch supernatural movies. This Rose Williams (Val) starring British film revolves around a nurse haunted by a ghostly presence and her troubled past. The duration of the picture is 92 minutes, and it was released in April.

Here is a list of some best horror movies that have not been released yet, and the fans of the genre are eagerly waiting for their release.

Night teeth is an upcoming American Horror thriller movie. It is one of the new horror movies that stars Megan Fox, Debby Ryan, Jorge Lendeborg Jr., and Bryan Batt. The story of this horror movie will release in theatres and revolve around a freelance chauffeur who will have to drive two vampires to several Los Angeles nightclubs.

Directed by David Blue Garcia, the texas chainsaw massacre will star Nell Hudson, Elsie Fisher, Jacob Latimore, and Moe Dunford in lead roles. The movie has not been released yet. Netflix will distribute it.

The story of the new horror film will not be released in theatres. It was revealed that the horror picture would focus on an older-aged Leatherface, the protagonist of the texas chainsaw massacre film series.

The horror fans are looking forward to this release. It is expected that it will be one of the best new horror movies of the year. However, this movie will be visually striking and focus on all your senses.

This British psychological horror movie starring Matt Smith, Anya Taylor-Joy, and Thomasin McKenzie will be released theatrically in Ireland, the UK, and America on 29th October this year.

This will be one of the new horror movies that no one will miss watching. It is directed by Edgar Wright, who is known for his horror movies.

The movie’s plot revolves around a woman who is into fashion with a strangely weird sixth sense.

Paranormal Activity: Next of Kin

The paranormal activity series is a watch that no enthusiast will miss. The first movie was released in 2007. In America, the reboot of the series will be released on Paramount+ on 29th October. This will be the seventh film of the series. This will be one of the new horror movies that will not fail to live up to its prequels.

Resident evil: welcome to raccoon city is a survival horror movie that will be the seventh movie and serve as a reboot of the Resident evil picture series.

The plot will revolve around people trying to prevent deadly consequences in the real world. It will be released in America in November. The origin story is divided between two locations.

If you do not want to watch one of the new horror movies, you can watch a scary series instead.

“Stranger Things” is one of the best scary Netflix original science fiction drama series that consists of well-acted actors and forces you to do a character study of the cast. In 2010, a film of the same name was released.

There have been three seasons of the show with twenty-five episodes each. The series features an ensemble cast of thirteen actors.

Haunting of the Hill House

The Haunting the Hill house and Haunting of Bly Manor are two horror series that should not be missed at any cost. The series comprises Carla Gugino, Henry Thomas, Kate Siegel, and Timothy Hutton in lead roles.

Here is a list of some movies with an evil clown, serial killers, paranormal experiences to catch on HBO max:

The Invisible Man is an iconic scary movie based on an iconic novel of the same name. The plot considers social relevance and will leave you in shock with the clever twist.

This American-Australian science fiction scary picture was released in 2020 February. The film cast includes Elizabeth Moss in the role of Cecilia Kass, Storm Reid in the part of Sydney Lanier, and Harriet Dyer as Emily Kass.

If you love to watch a classic horror movie instead of the new horror movies, this is the option for you. The final destination film series can be binge-watched on HBO max.

The death scenes of the movie are extremely creepy, and the leading digital publisher suggests that children should not watch the film.

You will certainly love all these movies and series if you are a big-time horror fan.