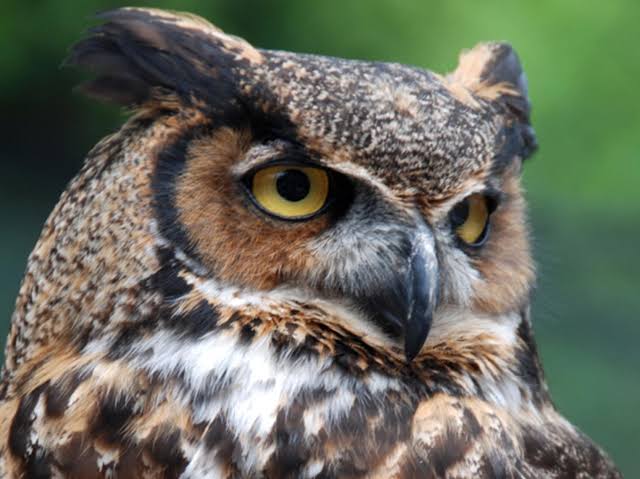 What’s in the list of superstitious beliefs in India?

From hooting owls to the cawing crows and gemstones that ward off evil, every seemingly regular phenomenon has some hidden meaning behind it. So, here’s a list of superstitious beliefs in India.

I still haven’t figured out the logic behind this one. According to the people, if you mention the word ‘Snake’ after sunset, it is as good as inviting snakes over for dinner. If you play been (Indian wind instrument used by snake charmers) after sunset, it will attract snakes. It is one among the list of superstitious beliefs in India.

The number 3 in India is as bad as number 13 in the West. If three are people are going somewhere together, it is considered as a bad omen. So to make up for the fourth member, a stone is carried along. 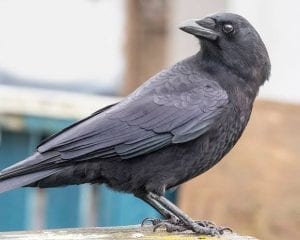 If the crow begins cawing at your window or in the vicinity, it is considered as a good omen. In some cultures, it means that you will have guests coming over. It is also considered auspicious as it is believed to bring in good tidings and blessings of the dead.

You cannot snip a pair of scissors for fun. It brings bad luck, and most likely, you will end up fighting with whoever you pointed the scissor at. There is also another belief that you should not hand over a scissor directly to another person. It is believed you would end up having a dispute with that person. So, you should always keep on a table and let the other people pick it up.

Touching wood has two purposes. Firstly it is rubbed or knocked for hopes of a good future. And secondly, it distracts evil spirits lurking around to prevent your hopes from coming true.

Even in the West, black cats are considered to be witches in disguise and are usually deemed unlucky (reminds me of Edgar Allan Poe’s story). In India, if a cat (especially a black cat) happens to cross your path, it means your task will remain incomplete. Bad luck will befall you. So you have to start all over again or pass on the bad luck to another person.

Spilling salt is considered a bad omen and is in the list of superstitious beliefs in India. The reasons for this vary across cultures. Some believe that it summons the devil. But don’t worry, all you have to do is toss a pinch of salt behind your left shoulder, and the devil would be gone. Other beliefs associated with this are bad luck and the end of a friendship. Careful with that jar of salt, especially if you are clumsy. 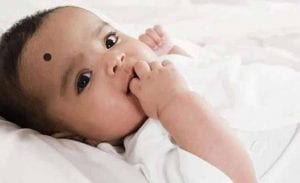 If you’ve wondered why babies have black dots on their faces, now you will finally have an explanation in our list of superstitious beliefs in India. Putting a dot of kohl behind the ear or on the front is believed to ward off the evil eye or negative vibes. 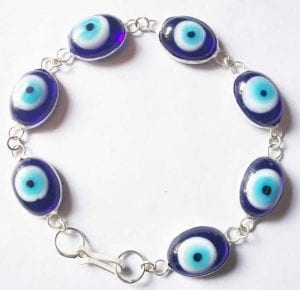 You will also spot people wearing a blue beaded bracelet with black dots, or anklets and rings for the same purpose. In some cultures, a pinch of salt and mustard seeds is waved in front of the person to ward off negative vibes before entering into the house. 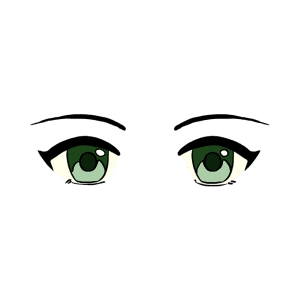 This might be a good or bad omen, depending on the culture around you. Some say if your left eye twitches, it means something good is about to happen. If your right eye twitches, you are in trouble. Some cultures consider it as a bad omen altogether. 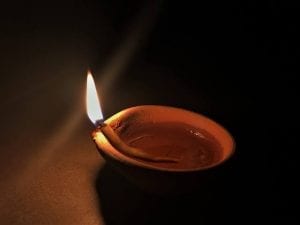 This entry in our list of superstitious beliefs in India is so popular that TV serials repeat it three times in slow motion. The blowing wind disturbs the flame on Diyas (the little oil lamps), the actress then tries to cover the flame, but the inevitable happens, and the wind douses the fire.

You might have watched this redundant scene on many Daily Soaps. Now it’s time for an explanation. During the prayer, if the lamp is doused, it indicates an unhappy deity, and it is usually associated with negative predictions. Something terrible is anticipated.

This belief has a comparatively logical history. Back in the old times, there were no electricity or fancy LED lights. You would quickly nip yourself with scissors or nail cutters in the dark. This is why the elders advised trimming nails in broad daylight. However, it took on a form of superstitious belief later on and was considered ominous. 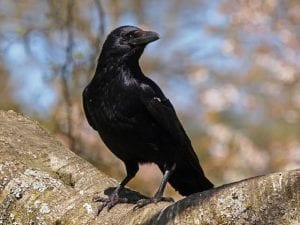 The crow has made it a second time in this list. Believe it or not, if a crow shits on you, you are lucky. It is assumed to be a sign of good omen. Or maybe it was invented to make the victim of crow’s lousy aim feel better, which is why it makes our list of superstitious beliefs in India. 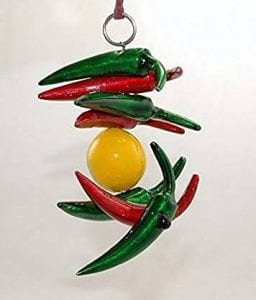 You will typically spot a lemon tied along with seven chillies outside shops, in cars, or even behind some trucks. This entry in our list of superstitious beliefs in India has a mythological base. The Goddess of Misfortune (Alakshmi) might enter a shop and bring bad luck to the business. Hot and sour things are her favorite food, so she would satisfy herself with lemon and chilies and would not enter the shop. Nowadays, you can also see plastic key chains of lemon and chillies instead of the real stuff. 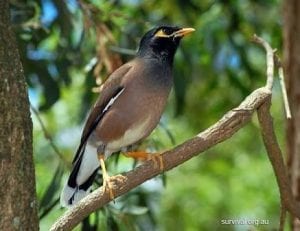 These are the list of superstitious beliefs in India. You might have heard about most of them from your parents or grandparents. Many of them usually have some logic or scientific reasons behind them, but they’ve been misinterpreted or modified through history. Whatever the case, you should not promote these superstitions nor should you practice them.

Here is the psychology behind the superstitions. Click here.

Check out the Indian Giant Squirrel. Know all about it in a few minutes. Click here.