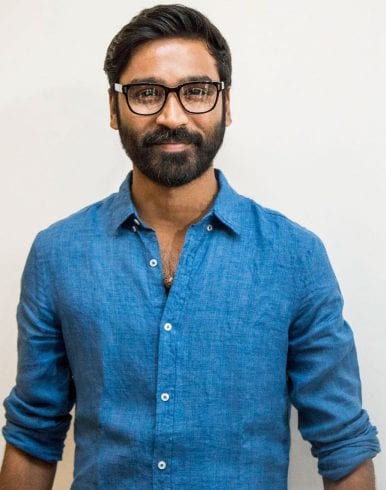 Want to know some interesting facts about Dhanush’s acting skills?

With the prodigious rise of Tamil Cinema, also rose a multifaceted star, Dhanush. Over the past decade, Dhanush’s acting skills have been acknowledged prominently all over India and he has also seen a formidable growth and rakes atop as one of Kollywood’s topmost stars. In this article, we shall see the portentous journey of Dhanush from an irresolute teenager to a highly desirable star. 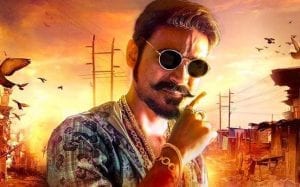 Kasthuri Raja, a reputed filmmaker from the 90s and the father of Venkatesh Prabhu (Stage Name: Dhanush) wanted his youngest son to set foot in the coveted Cine Industry and convinced him to debut as Dhanush in a coming-of-age school drama, Thulluvadho Ilamai in 2002. As a 19 year old, he later expressed his apathy towards acting and revealed his aspirations to be a marine engineer or a chef. But fate had something special written!

In his very second cinematic venture, Kaadhal Konden in 2003, he portrayed a psychologically adverse misanthrope. Dhanush’s acting skills were recognized for the first time in this arcane role that earned him immense critical acclaim and he had consciously stepped into the vast industry that he once scorned at. This film was also his brother Selvaraghavan’s directorial debut. The same year, his 3rd film Thiruda Thirudi released and  was a huge box office success. But later he did four more commercial films that didn’t yield the result he had expected. 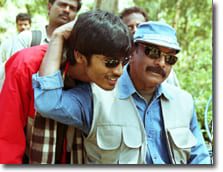 At a tottering stage of everyone’s career, one finds a guiding light for the dark times, a master to edify morals and that was legendary film maker Balu Mahendra’s part in Dhanush’s career. He was one of the first to admire Dhanush’s acting skills. Dhanush joined hands with Director Balu Mahendra for his 8th film, Adhu Oru Kana Kaalam, which turned out to be the most impactful part of his career where he picked up the mentality to accept the short comings of life and regained his hope to progress towards being an esteemed artiste. 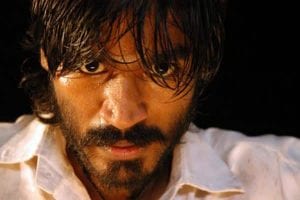 The most momentous part of one’s career is their first public acknowledgement. Dhanush’s acting skills were already being recognized by the public and all he needed was a landmark film that will be talked about for many more years to come. Dhanush joined hands with his brother for the 2nd time for yet another novel and offbeat role. In PudhuPettai, he portrayed, no I’d rather say lived the persona of a raw and rugged gangster. This film went on to be regarded as a cult classic for all ages. 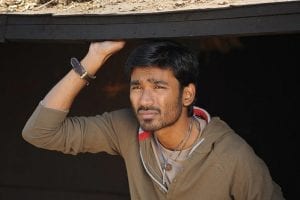 After PudhuPettai, Dhanush became a director’s handyman for commercial entertainers. His instinctive knack to perform intricate roles seamlessly made him one of the rising stars in the cine industry. For the next 5 years, Dhanush’s acting skills were widely celebrated and this was the most prosperous span in his career. His lanky build, fruity voice, charming ripostes and his winsome mannerism earned him people’s love. 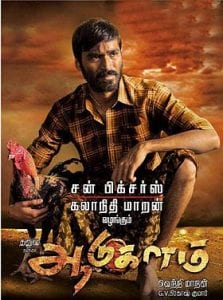 In 2011, his 18th film, Aadukalam earned him nationwide popularity for his astute performance as a rooster fight jockey. The film garnered plenty of positive response from people and it went on to win the prestigious National Awards in a whopping 6 categories (Best Direction, Best Actor, Best Screenplay, Best Editing, Best Choreography and a Special Jury Award). The icing on the cake was it went on to win 5 more awards at the Filmfare Awards South. The reason behind his successful endeavours in knotty roles is that he doesn’t act but lives as the character itself. Dhanush’s acting skills are unquestionable and he justifies them with his enviable performance. 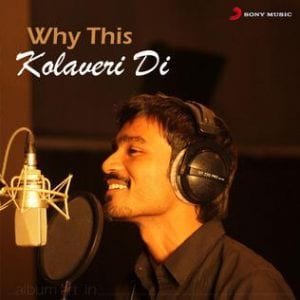 Following his enormous success in Aadukalam, he ventured into another arduous role in the film ‘3’ directed by his wife Aishwarya R Dhanush. Dhanush’s acting skills became even more established after he did yet another tricky role in this movie, playing the role of a young man with bipolar disorder. Not to forget, this was the film that made him an overnight pan Indian star for his viral single track ‘Why This Kolaveri Di’ that churned out the feelings of a doleful youngster. This coming of age tragic love story proved to be yet another feather in his multifarious acting roles. 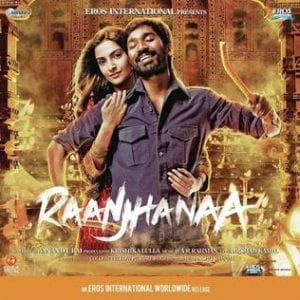 Dhanush’s elegance in front of the camera bolstered by his viral single track gained him popularity all over India and seeing his works as an actor, he got a well deserved chance to debut in Bollywood under renowned director Anand L Rai in Raanjhanaa. This movie, as expected went on to become a blockbuster.

In an interview with Indiaglitz, Anand L Rai showered praise on Dhanush’s acting skills. He was quoted as saying, “Dhanush is a much talented, intelligent and creative actor.” Dhanush’s co-star in the film, Sonam Kapoor, in a promotional event with NDTV shared her strong rapport with Dhanush and also said that her father was a great fan of Dhanush’s acting skills.

Dhanush’s efficacy in the role of a one side lover he played in this film earned him the Best Male Debut Award in the Filmfare and he also got nominated for the Best Actor’s award. 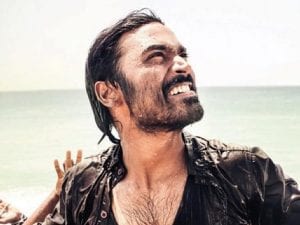 The same year as his Bollywood debut, he acted in the film, Maryan. Yet again, Dhanush’s acting skills defined who he was and he showed his competence by playing a tough role of man yearning for subsistence in the critically acclaimed survival film, Maryan. He also justifiably won the Best Actor (Critics) award at the 61st Filmfare South. His versatility in portrayal of roles is remarkable and unmatchable. 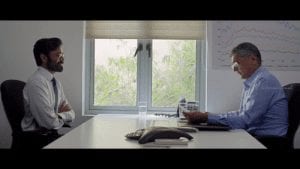 In 2014, he starred in a film hugely celebrated among youngsters, Velaiilla Pattadhari. This movie still remains to be cherished by people, for he lived in the role of an unemployed graduate from a lower middle class family. This film went on to become a huge commercial success and made Dhanush a household name.

10.The Big B Collaboration 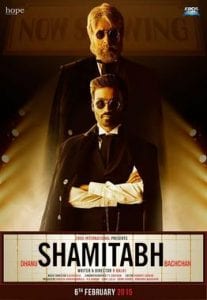 Dhanush, an already familiar face in Bollywood took yet another step into its fort. But this time, it was the biggest of them all, a multi starrer alongside the legendary Amitabh Bachchan, Shamitabh. Though this movie didn’t meet its desired results in the box office, Dhanush’s acting skills were put to another test that he aced. He played the role of a mute artist who goes on to become a superstar after his remarkable acting gets supported by Amitabh’s voice. Prior to the release of the film, Amitabh Bachchan had remarked in an interview that he has great admiration for Dhanush. 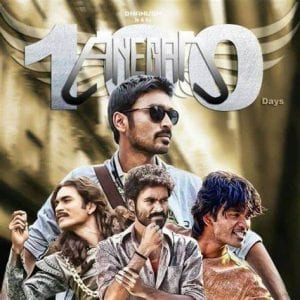 Dhanush breached yet another dimension of acting through his blockbuster movie, Anegan. In this film, he portrayed 3 different characters across 3 time periods and the way he seamlessly aced the roles was impressive. The riveting narrative aided by impressive execution justifies why Dhanush’s acting skills are a class apart.

The following year, he starred in a political vengeance drama, Kodi where he played 2 contrasting shades. He portrayed the roles of two brothers, a faint hearted simpleton and a gutsy politician. The simultaneous execution of two roles with significantly dissimilar kinesics shows why Dhanush’s acting skills are supremely acknowledged. 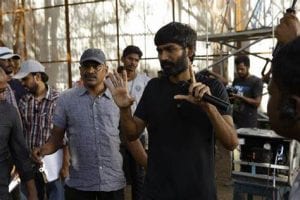 One says only a talented director could bring out the best from his actors. In 2017, Dhanush made his directorial debut with a heart warming tale of two long lost lovers in Pa Paandi. His mild, romantic, and breezy narration won him applause from the critics. Dhanush also plays a cameo in the flashback scenes as the man himself. This film displayed Dhanush’s adroitness as a Director and proved that he was a unique multifaceted star and the gem of Kollywood Industry. Not to forget, he also penned down and sang the sensational ‘Rowdy Baby’ song for the film Maari 2. By now, he could proudly announce himself as a lyricist and singer too. 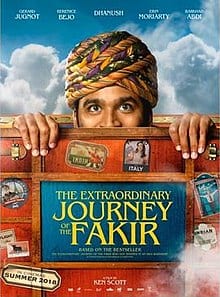 Dhanush’s acting skills became widely known and he became a familiar face all over India. This time, his versatility earned him a lead role in the Hollywood movie, The Extraordinary Journey of the Fakir. He became Tamil Cinema Industry’s first ever star to act in a Hollywood film. The director of the film was quoted as saying, “When I worked with Dhanush, I discovered a great actor and amazing personality. The French audience and media have responded to him with enthusiasm.” Later, acknowledging the success of the film, he had also tweeted, “Spain is loving Dhanush!” 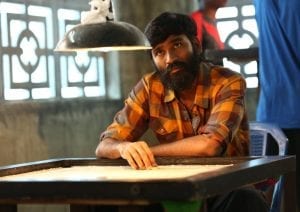 By the year 2018, Dhanush had already become one of the topmost stars in the South. He starred in the movie Vada Chennai, the first part of the local gangster trilogy. He played the role of a young Carrom champion whose circumstances changes him into a rugged gangster. The following year he acted in a raw and riotous film, Asuran which opened up to rave reviews. This movie went on to become one of the classic manifestations of Dhanush’s acting skills. 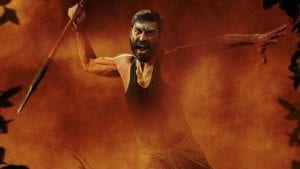 At the mere age of 36, Dhanush has already accomplished numerous milestones which make him extremely special. The amazing factor of him lies within how fast and smooth he transforms himself from Maari grooving for Rowdy baby to an avenging Asuran from the 70s! He is truly a rare gem and a treasure to the Tamil Film Industry. Dhanush’s acting skills might be the best of him, but Dhanush the actor, the director, the producer, the lyricist, the playback singer, the screenplay writer has well and truly redefined the face of versatility.

If you would like to share any of your favourite moments with the star, readily do so in the comment section below, for we will be glad to hear from you.