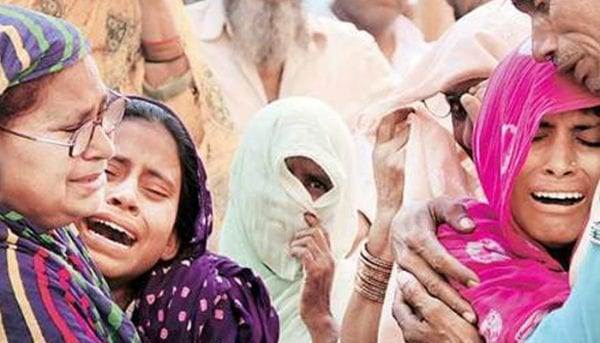 Dadri, a sad day. Media, newspapers, television, and what not! The world is filled with unrest and chaos. Mob killing man, men killing men, looks like we are back in history. People are fighting, and leaders are enjoying it. Pain and agony are everywhere. A part of India is burning while another part of India is shining.

Clear state of mismanagement. Mismanagement in terms of development. Just a week ago, the whole of India was set to get digital. Everyone was speaking about the famous and attractive digital India. Suddenly things changed. Things changed drastically. India is facing development differences. Few parts of India are underdeveloped, while other parts are highly developed. Development is one of the side parameters of Dadri lynching.

Coming to the point, what happened in Dadri was an utterly wrong act, and the police and the mob are responsible for that. But what are we doing? Aren’t we supposed to have few duties as a citizen of India? Shouldn’t we take care of unity and integrity?

The political parties are taking advantage of uneducated people and those who are illiterate in the name of vote bank politics. But what are we doing? We fight on social media when we smell our neighbor cooking beef.  Incidentally, we went to a neighbor’s house and got it confirmed. The media knows that the Indian public likes this sort of news. It showcases exactly what you like. They will bring experts from the narcotics, food, and health departments to prominent religious leaders.

During civil unrest, the role of the media becomes crucial. It means they want to cover all the people, from the scientific aspects (narcotics, food, and health) to the orthodox domain (religious leader). These interviews and furious statements made by political leaders fuel the sentiments of illiterate citizens.

Here is where they start to play the game. They know the country is in panic, so they will have a merry time manipulating the information. Why does India want the ruling party leader to speak on the Dadri issue? I think they should take action first.

Technically and constitutionally speaking, civil unrest and police departments come under the state list, but the center has a supervisory role. Hence the central government is also responsible for that. Another point to be noted is the role of our air force. They knew it was a sensitive issue, and they protected their personnel with due morality and respect.

I must say what the air force did was the job of the government to do. We find that the number of hate speeches is increasing after this incident. The leaders use all their communication skills and media, grabbing the opportunity to showcase it in several ways. After all, they are a 24×7 news channel.

All the leaders, and our dear media, need to understand that India is a much-diversified nation. Diversification is its strength and weakness. So, it’s in your hands. On the one hand, there is vote bank politics, and on the other hand, it is a question of religion that becomes more important than national integrity.

Media can do wonders with its technology like awareness programs rather than telecasting the same interviews 6 times a day. We as citizens have to decide what to do. Leaders and media are trying to divide us directly or indirectly. Every such statement has its meaning if you observe. Some of the other ruckuses follow every statement. The need of the hour is to keep aside religious sentiments and think about one united nation. Before taking a step towards digital India, we should have a campaign fa or united India.

Pathik October 19, 2015
Share this Article
Facebook TwitterEmail Print
Posted by Pathik
I am studying structural engineering Design and i have been writing poetries since 2010. My area of interest in writing are social and economic issues.
Leave a comment Leave a comment