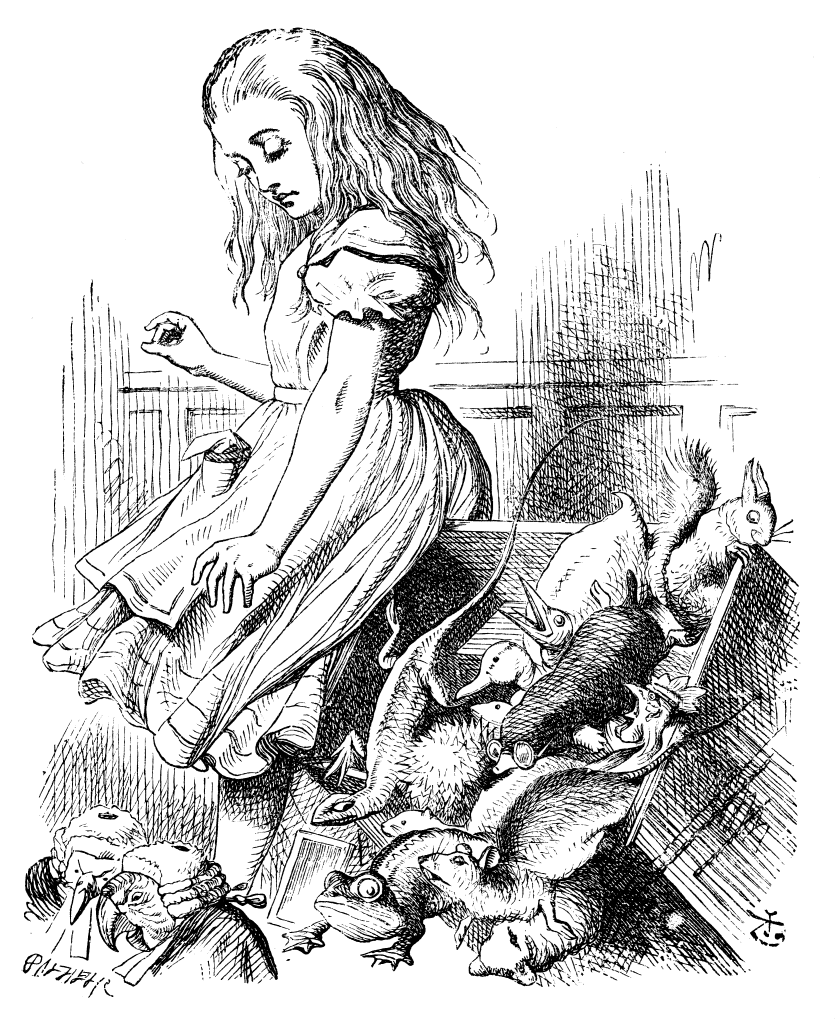 Lewis Carroll, without any doubt, is a prolific writer of fantasy and imagination in Children’s literature during the Victorian Age. Lewis Carroll is a pseudo-name that Charles Lutwidge Dodgson used to sign his writings.

These two texts and his other works are some notable works under the genre of Children’s Literature and Fantasy. Carroll is known for his detail of language and playful style of writing, wordplay, anagrams, and other whimsical ways.

Moreover, Carroll was interested in word games and puzzles, which reflected in his books and works.  Carroll is a rhyming sing-song quality asked his audience to participate.

Carroll was not only an accomplished writer, but he was also a mathematician, teacher, inventor, and photographer. All these talents packed in Lewis Carroll, the author of Alice Through the Looking Glass. The author who loved children and children loved him for his fantastical works.

During his lifetime Carroll suffered from many health problems. As a child, he suffered a fever so severe that it left him deaf from one ear. He also suffered from a lifelong stammer, which he liked to call ‘hesitation’.

It is believed that his stammer got worse in the presence of Adults. But whenever in the company of children (even as a child)he didn’t hesitate or stammer much.

Stammer was a family defect he inherited like all his siblings whom he loved dearly. As the eldest son, he used to take care of his siblings, especially his little sisters. As we know, Carroll was immensely fond of riddles, puzzles, and word games, which he used to entertain his siblings. It has been found that as a child, he used to write and perform plays for his friends and family.

Carroll was a precocious child and spent most of it isolated from the high social life of the Victorian era. The isolation could be the result of his stammering problem due to which he avoided social gatherings. Also, as we already know since his childhood, Carroll was extremely uncomfortable around adults.

Carroll came from a conservative family with close affiliations with Anglican High-Chruch. His religious association is considered to be the possible reason he spent his entire life at Christ Church, Oxford. And that is where is met his lifelong friend, the Dean of Christ Church named Henry Lindell.

Hold your horses! It’s time to learn a fun-fact about the Author of Alice Through the Looking Glass. 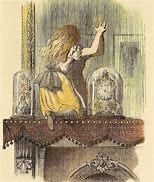 The two Alice books, Alice in the Wonderland and Through the Looking Glass, are his most significant works. Both books portray the world of fantasy and imagination, which Carroll has brought out through depths of his mind.

Alice’s Adventures Wonderland follows a narrative on a lazy hot day. A bored Alice dozes off while flipping a picture book with her sister. And that when she goes on her fantastic and magic enchanted adventurous of Wonderland. It is there she meets the famous literary characters such as White Rabbit, Cheshire Cat, Dodo, and the Mad Hatter.

The lesser-known is Through the Looking Glass is much more intense and introduces various new characters. Carroll wrote the sequel after tremendous success and response to his previous work in the literary world.

World of Glass Houses: Through the Looking Glass Plotline Brief

Our focus in today’s article is on the author of Alice Through the Looking Glass and nothing more. The text begins wherein Alice is playing with her white kitten named Snowdrop and a black kitten whom she calls kitty. She talks to them as if they can understand her all the while wondering about the new world behind the mirror. 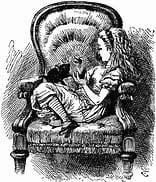 Later, Alice meets characters from a nursery rhyme, Tweedledum and Tweedledee who recite a long poem, The Walrus and the Carpenter to her.  And that’s where she witnesses the Red King sleeping and snoring amidst it all.

Next, Alice meets a series of characters such as the White Queen showing off her psychic capabilities, Bandersnatch, rocking-horse fly, Humpty-Dumpty, the White King followed by a lion and unicorn and White Knight. She rescues her from the Red Knight.

Winning the game of chess, Alice is crowned as the new Queen ready to celebrate her victory at the party, which turns out to be chaotic. But suddenly she finds herself back in the armchair in which she dozed off. She stares at her mirror image in the mirror, recalling her stupendous dream.

The text contains a very famous portmanteau poem named, Jabberwocky, which meaning Humpty-Dumpty tries to explain most strangely. The poem questions the notion of reason and logic, which were widely celebrated during his time. He asks through his non-sensical poems that how we all are hung on precise meaning to things by imprisoning the language.

The author of Alice Through the Looking Glass was made what he’s today by these two fantastical children’s books. The Wonderland and the Glass world are the dreams of every child come alive.

Related: Click here to check out Top 10 Incredible Books to Read Before You Die!

The Scandals behind the Author of Alice Through the Looking Glass 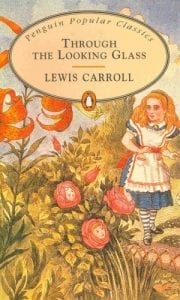 There had been many controversial contemplations around this particular subject matter. Some have argued that Carroll wanted to marry 11-year-old Alice Lindell, and that could be the reason behind the fallout with his family and so many others. But remember that all these are just conjectures without any solid shreds of evidence.

I would like to believe that the reason Lewis Carroll was so interested in little girls was that they had himself had around seven sisters. For entertaining them, he did all sorts of things, from writing poetry to performing plays for them. It is a very probable reason with logical evidence sitting right in front of us.

Charles Lutwidge Dodgson, or more famously known by his pen name as Lewis Carroll, is believed to be the turning point in the literature of childhood. He, by explicitly weaving imagination, fantasy in his works recognizing the association of imagination and fantasy with child and youth with an intent to amuse the child readers, not to educate them.

However, even after introducing them to fancy, imagination, and fantasy momentarily, they are ultimately confined to follow the rules and regulations. Which, of course, were outlined by the Victorian moral society for youngest members of their community. Carroll’s most notable work, ‘Alice in the Wonderland’ and its sequel ‘Through the Looking Glass and What Alice Found There.’ The work initially allows Alice to find a ‘wonderland’ in her imagination to amuse herself with.

As shockingly it might come to the readers, the fantasy world also works only by adhering to its rules and regulations. Even though they are given temporary solace in their imagination and fantasy. Before abruptly brought back to reality, ultimately confining them to the world of governance.

Despite all the controversies and scandals are floating around Lewis Carroll, the author of Alice Through the Looking Glass. He continues to be the most well-known writer accomplishing great fame in the children’s world and hearts.  He created the two most significant works in the history of English literature, which are still read in schools and colleges.

Lewis Carroll gave generations of children an escape from the harsh realities of the day-to-day world and routine. By creating this amazing Wonderland full of fun adventurous. I thank the author of Alice Through the Looking Glass.

PS: I am adding a link to an online edition of the Book, Alice Through the Looking Glass. Please read here and enjoy the fantastical world on your own accord.